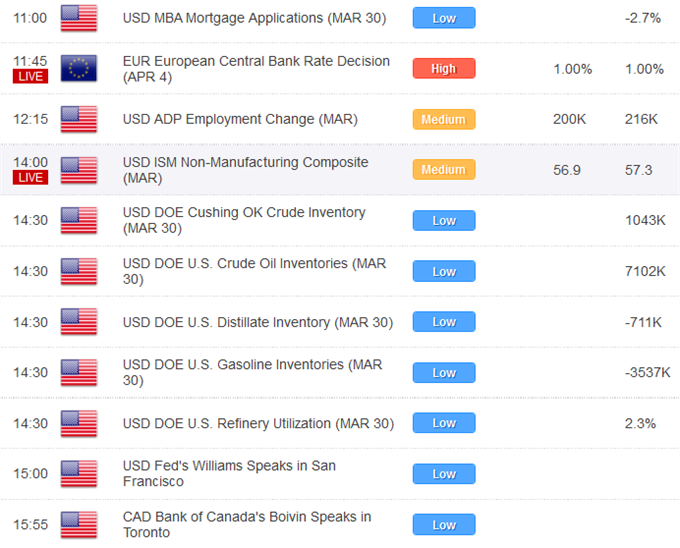 More often than not, we like to shy away from making any official calls on the direction of the markets, following very sharp moves post an event like Tuesday’s Fed Minutes. The Minutes produced a much more hawkish and upbeat tone than before, starting an aggressive broad based rally in the US Dollar. While we have been arguing for more of a move in this direction from the Fed, given the US economic recovery, we were somewhat surprised to see such a sharp response by the market. The currency reaction was more severe, while equities did not see the same intense liquidation. Once again, our colleague, a leading strategist at one of the major US banks, has done a wonderful job of outlining why the markets reacted in such a USD positive way to the Minutes.

“What are FX investors looking at?

What is interesting now is how exactly markets will respond to favorable US economic data going forward. Up to this point, there has been good reason to view positive US economic data as positive global risk and therefore bearish on the US Dollar. However, given the perceived shift in Fed thinking that has become more apparent post Minutes, better than expected US economic data could very well result in additional US Dollar bids. A combination of solid data and expectation of an early reversal of Fed monetary policy could open the door for a more substantial resurgence in broad based US Dollar demand, as we had been seeing in late 2011. We had argued some months ago that we saw a scenario like this playing out in which the US Dollar would stand to benefit in a positive risk environment and we could finally be seeing things play out that way. While the US economy continues on its path to recovery, the disparity between it and other slower recovering economies could become much more pronounced into the latter half of 2012. As always, it will be interesting to see how things play out.

Relative performance versus the USD Wednesday (as of 9:30GMT)

Moving on, although broader macro forces are at play, it is worth noting that the Australian Dollar continues to underperform, with Tuesday’s dovish RBA commentary and early Wednesday’s much weaker than expected trade data, driving the relative weakness in the higher yielding commodity currency. In Europe, data was on the whole better than expected, with some PMIs, and UK Halifax prices exceeding expectation. Still, currencies remained under pressure and the Euro managed to extend declines with a disappointing Spanish auction result and softer Eurozone retail sales reaffirming concerns over confidence in the region (German factory order was not released at time of print).

Looking ahead, Wednesday’s European Central Bank rate decision comes into focus and it seems as though risks for any substantial market moving surprises are limited. Nevertheless, we recommend keeping a close watch to see if the central bank does anything unexpected. An unexpected Euro positive move would be for the ECB to leave rates on hold and announce new measures to address the ever widening spreads between Germany and the weaker Italy and Spain. On the other hand, a Euro negative development (at least initially) would likely come from a rate cut or expressed heightened concern over downside risks in the Eurozone. 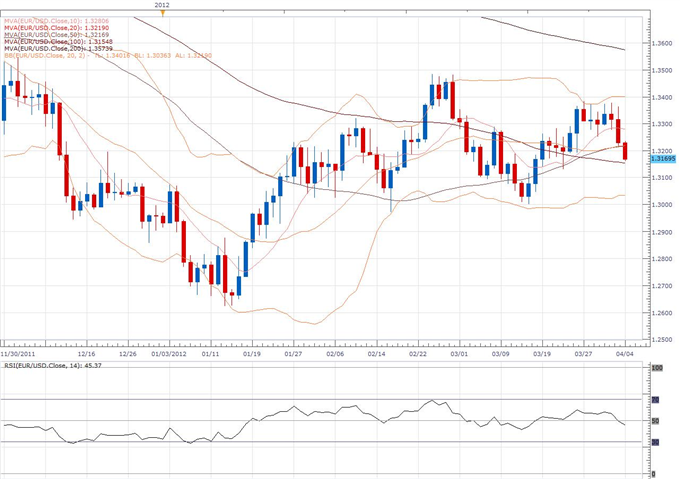 EUR/USD: A break of some multi-session consolidation largely confined to the 1.3300’s is significant in the short-term and could now open the door for deeper setbacks over the coming sessions. Tuesday’s break and close below some key short-term support at 1.3250 highlights this fact, and now exposes a fresh drop towards medium-term support by 1.3000 further down. Back above 1.3400 would be required to negate bearish outlook and put pressure back on topside. 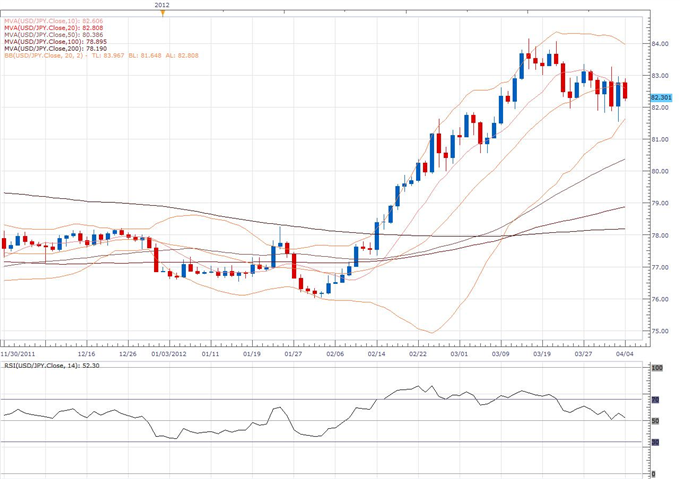 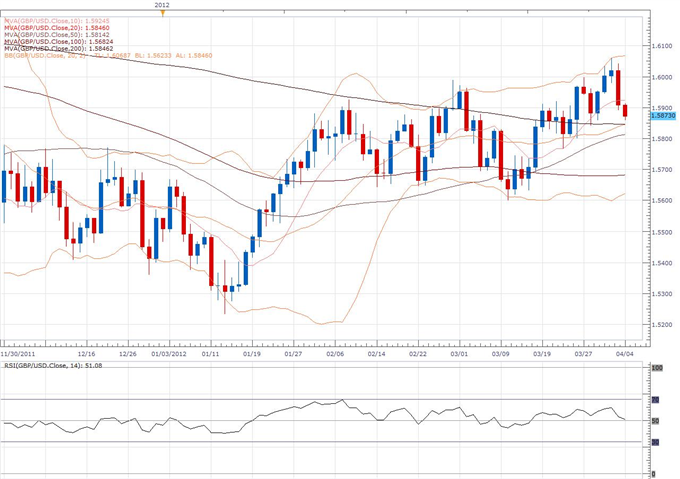 GBP/USD: Failure to establish any fresh momentum following the break above 1.6000, followed by an aggressive bearish reversal in Tuesday trade now suggests that the market could finally be looking to carve a top in favor of a more significant decline over the coming sessions. Look for a break and close below next support and 1.5840 to reaffirm outlook, while back above 1.6065 would be required to negate. 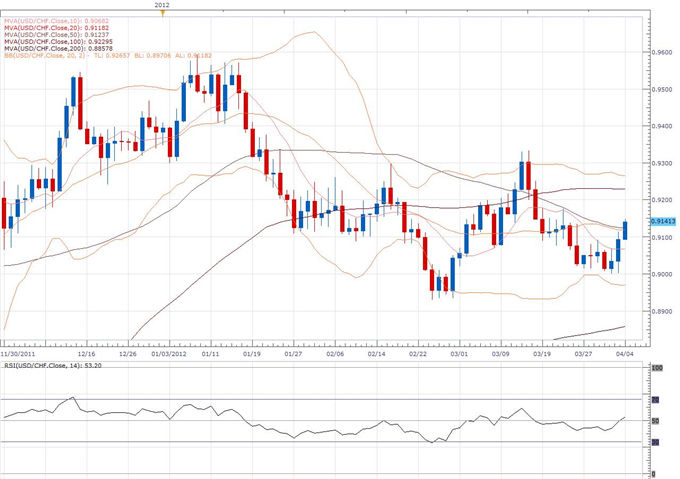