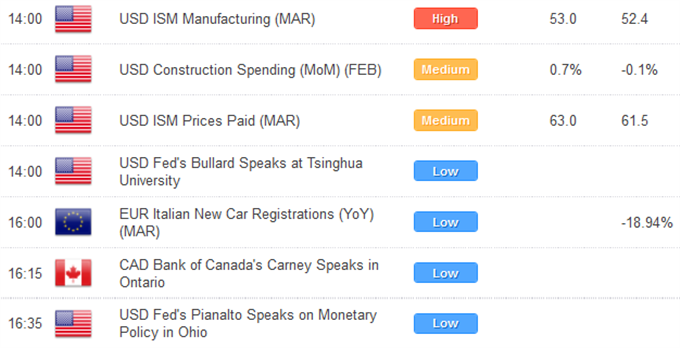 Initial market reaction into early Monday trade was risk positive with participants welcoming the shocking weekend China March PMI data, which came in well above expectations, helping to ease concerns over a hard landing in the massive emerging economy. However, we should not be getting too excited with the revelations, given the favorable historical performance for the data series in March, and recommend taking the PMIs with a grain of salt. The subsequent release of HSBC Markit PMIs was actually softer than previous and certainly took some of the wind out of the sails of risk appetite. A much weaker than expected round of building approvals from Australia was also not overlooked and has further depressed some of the positive follow through seen in early Asia trade on the back of the weekend China PMIs.

Relative performance versus the USD Monday (as of 9:50GMT)

Moving on, the Bank of Japan Q1 Tankan review came in generally weaker than expected, despite a softer Yen, positive signs in the US, and some stability in the Eurozone. In our opinion, this offers yet another reason to not be optimistic with the outlook for the global economy. We are looking for more underperformance in risk correlated assets going forward.

Elsewhere, we continue to hear more and more from the hawkish members of the Fed, with the latest comments from non-voting Kocherlakota suggesting that policy could in fact be reversed sooner than investors have been pricing. Clearly, this would lead to a net US Dollar bullish development, one in which yield differentials would narrow markedly back in favor of the buck.

Still, the technical fate of the US Dollar is less clear over the short-term, and we see risks for some additional US Dollar depreciation before the buck finally looks to reassert in 2012. The latest Euro consolidation above 1.3300 has now opened the door for a potential acceleration of gains back towards the 2012 highs just shy of 1.3500. We would not rule out the possibility for a push to challenge the 200-Day SMA just shy of 1.3600 before the anticipated underlying bearish resumption within the more definable downtrend off of the record highs in 2008. A break and daily close back under 1.3250 in EUR/USD would now be required to officially negate this outlook and put the buck back in a more attractive setting.

One other major themes in the markets right now is the EU bailout package, with the latest news of a fund that has been increased in size to EUR 800bln generating a good deal of attention. Once again, on the surface the news sounds rather positive, but upon further glance, there is a good deal of speculation and doubt over whether the ESM can in fact secure the necessary amount by mid-2013. Furthermore, we must also be reminded that the need for additional bailout is a sign that the economy requires more stimulus to help rescue it from the depths of a major crisis. For today, we will continue to keep a close eye on price action in EUR/USD for clearer directional insight. As a side note, one other cross rate worth watching this week is EUR/CHF, with the market dangerously close to testing the highly touted SNB 1.2000 floor. A break below this barrier could spark some fresh volatility in the cross.

More consolidation was seen in European trade on Monday, with any rallies in the Euro on the back of an on-the-whole stronger than expected batch of PMI data, well offered ahead of 1.3400. UK PMI data was also a good deal better than expected, and the release helped to result in some relative outperformance in the Pound. However, the data wasn’t all rosy in Europe and although Eurozone unemployment came in as expected, the number was still concerning as it represented a new record high level for the region. Looking ahead, US ISM manufacturing and construction spending are the key releases in North American trade. On the official circuit, Fed’s Bullard and Pianalto are slated to speak, while Bank of Canada’s Carney is also on the docket. 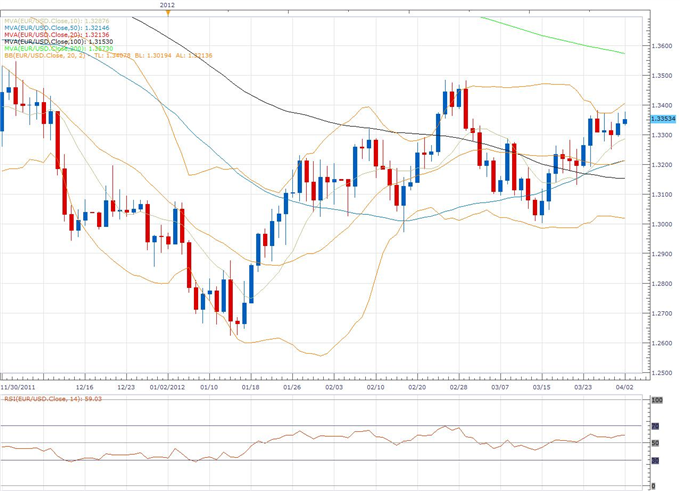 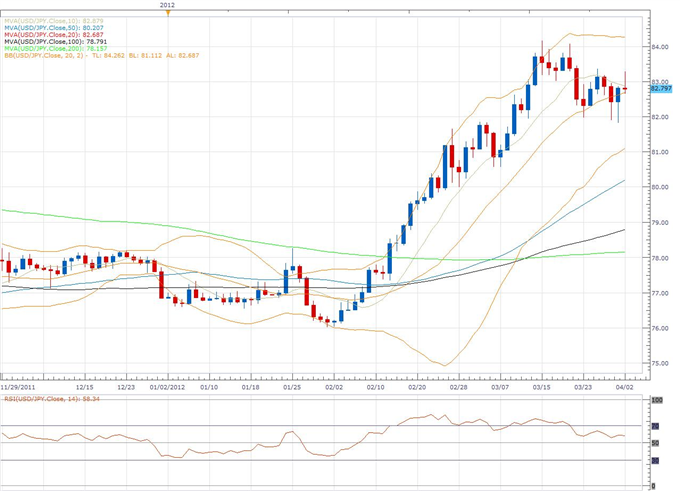 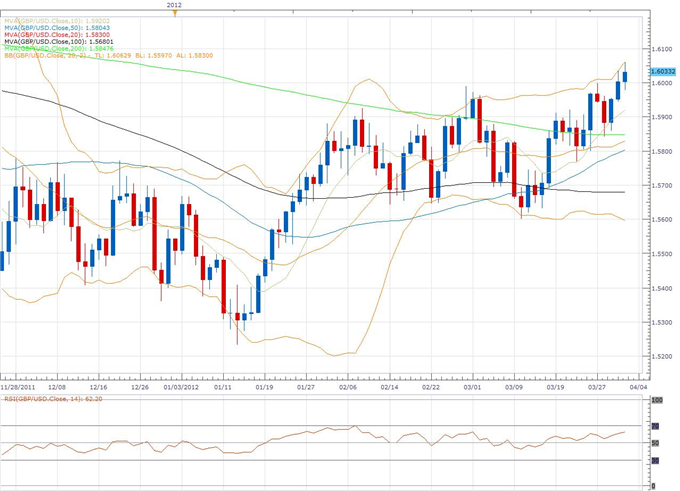 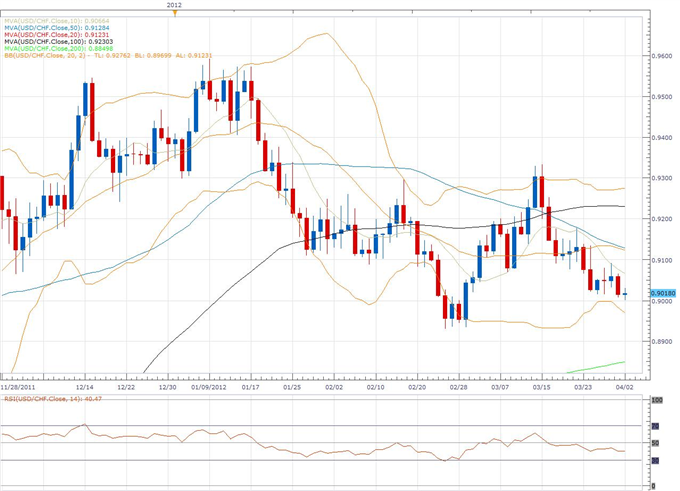