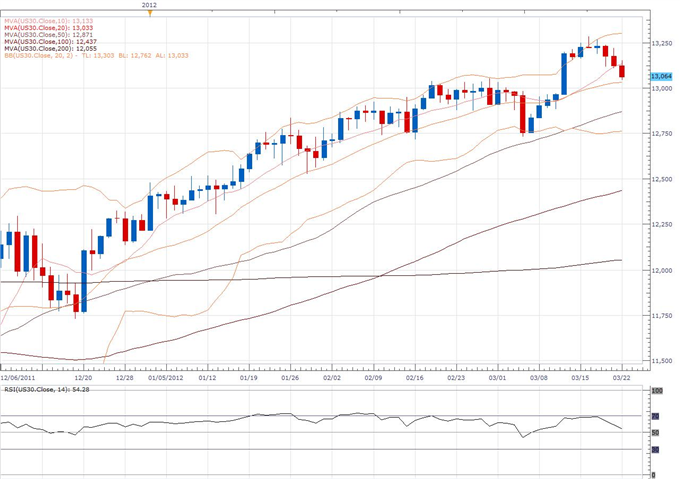 Technical: We could finally be seeing the formation of some form of a top in 2012, with daily studies looking stretched and the market breaking lower to end a sequence of consecutive daily higher lows. Look for added confirmation Thursday on a break back below the 20-Day SMA. This could then open an accelerated decline back towards the 12,750 area at a minimum.

Fundamental: US equity futures slipped today as manufacturing data out of Europe and China fueled broad-based concerns about the strength of the global economy. Fed Chief Bernanke yesterday warned of further risks to the Euro-area economy, saying that “further strengthening of the European banking system” would be required as the region faces the risks of a prolonged recession. Markets await the impact of US initial jobless claims data to be released today. Meanwhile, former Fed Chair Volcker called for reforms in government and finance in a speech yesterday. 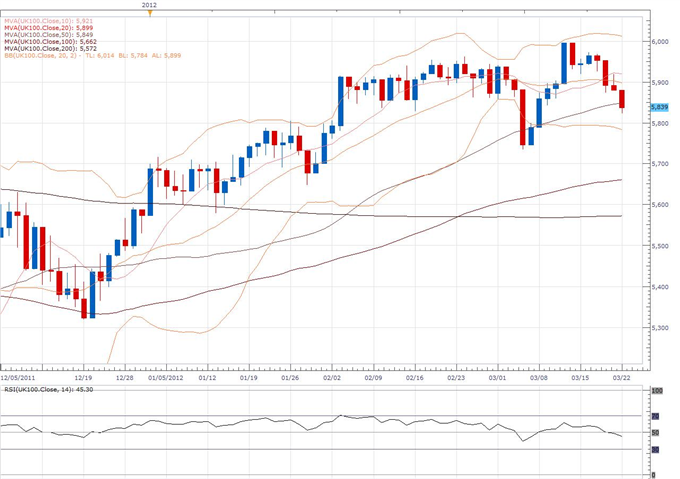 Technical: Although the market has managed to mount an impressive rebound since breaking down from 2012 highs at 5,964, we see any additional rallies as limited, with the greater risk for the formation of an interim top around psychological barriers at 6,000. Look for the latest break back below 5,900 to help confirm outlook and accelerate towards 5,750 further down.

Fundamental:A string of poor data out of the UK has sent the FTSE down over recent days, with today’s abysmal retail sales numbers shaking market confidence and sending the pound into the red. Retail sales in the UK fell 0.8% this past February, a steeper drop than the 0.5% decline predicted by economists. Meanwhile, Chancellor of the Exchequer George Osborne decision to lower Britain’s 50 percent top income tax ratein a bid to spur growth continues to provoke a political backlash. 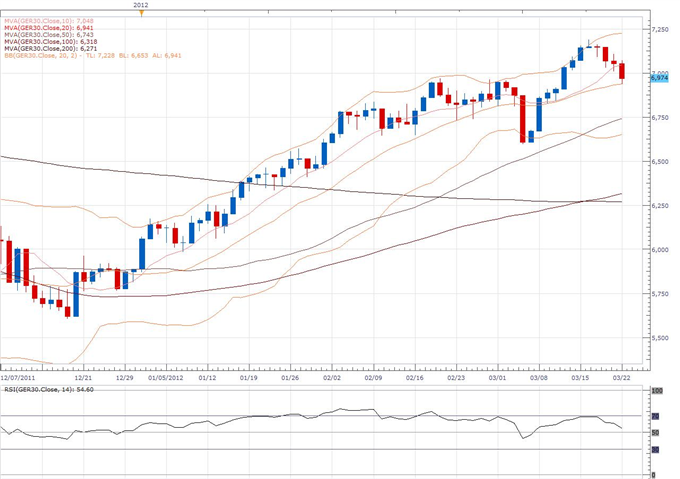 Technical: While the market has managed to post a significant recovery rally and extend gains to fresh 2012 highs, we still see the prospects for recent rallies beyond 7,000 as limited with the greater risk for the formation of a medium-term top in favor of a deeper decline over the coming weeks. Look for a break back below 7,000 on Thursday to confirm negative outlook and open an acceleration towards next key support in the 6,750 area.

Fundamental: Weak purchasing managers’ index numbers out of Europe put stock markets here under intense pressure today, wit the all-inclusive Euro-area PMI composite indicator coming in at 48.7 versus the 49.6 predicted by economists. The German manufacturing index fell to 48.1 from February’s 50.2. The recent 4-day losing streak in European equities is the longest such streak since November. 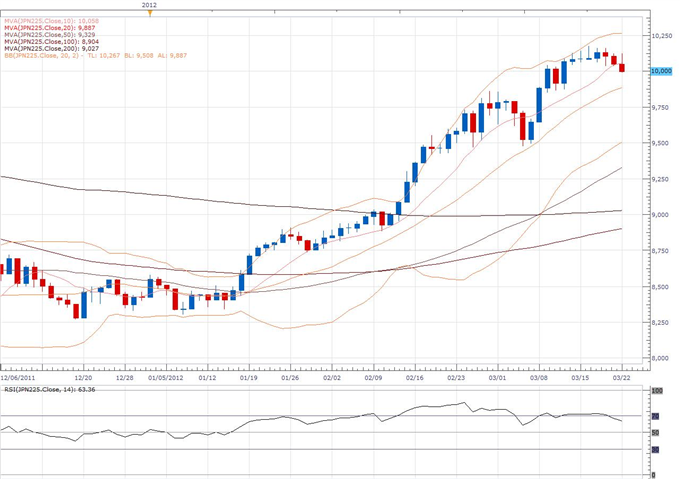 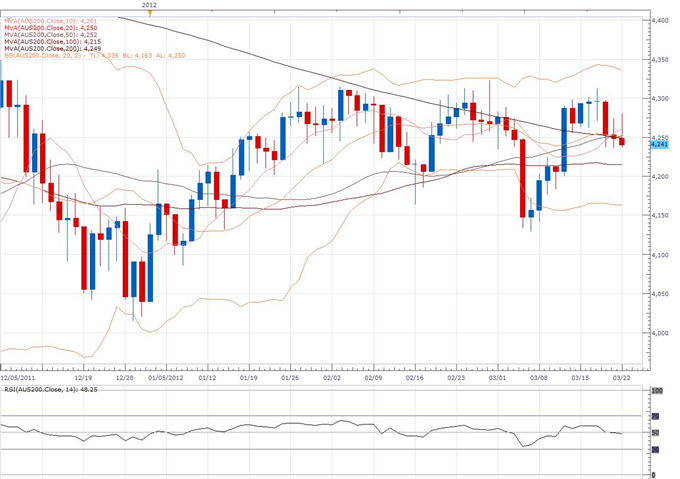 Fundamental: Australian stocks closed lower for the day as mid-day gains were wiped out by low European and Chinese PMIs. The Australian government is introducing legislation to erase tax on domestic shipping companies in hopes of reversing the decline of the country’s fleet.