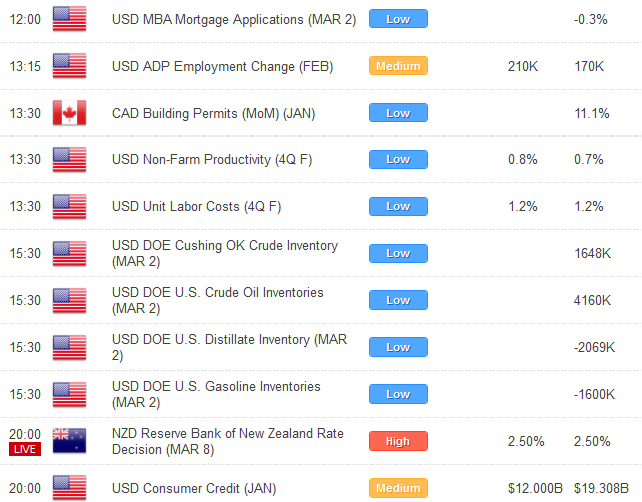 Investors Pause Mid-Week to Prepare for Event Risk Ahead

Price action on Wednesday has been mostly consolidative thus far, with currencies content on pausing for a breather following some intense selling on Tuesday. More concerns over the state of the global economy have emerged and seem to have shaken the confidence of many traders. Global equities have also finally begun to roll over, after a very solid performance thus far in 2012. The softer than expected Aussie GDP data overnight and earlier downgraded forecasts on China only help to reaffirm the more subdued outlook for the global economy, and we would expect to see more risk off trade over the coming sessions. The Greek PSI talks will also be on radar screens, and this could be a market mover in wither direction pending the outcome.

Relative performance versus the USD Wednesday (as of 12:25GMT)

The big talk in a fairly quiet European session was about a Zerohedge piece which said that European banks were going to face huge margin calls as ECB collateral crumbles. Nevertheless, the market failed to react in any big way, with some much softer German manufacturing data also failing to influence price action. Meanwhile, we still have some major event risk ahead this week with the RBNZ, BOE and ECB all due Wednesday and Thursday, followed by the all important US NFP report on Friday. One other key development worth paying attention to has been the close in US equities below the 20-Day SMA for the first time in 2012 which could be warning of a more significant top. 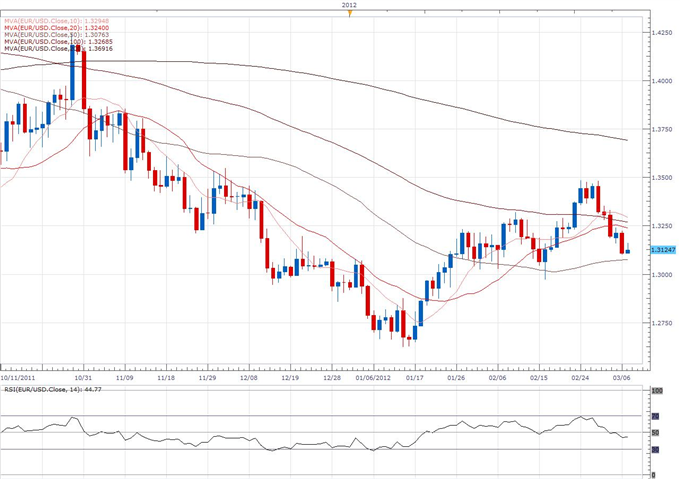 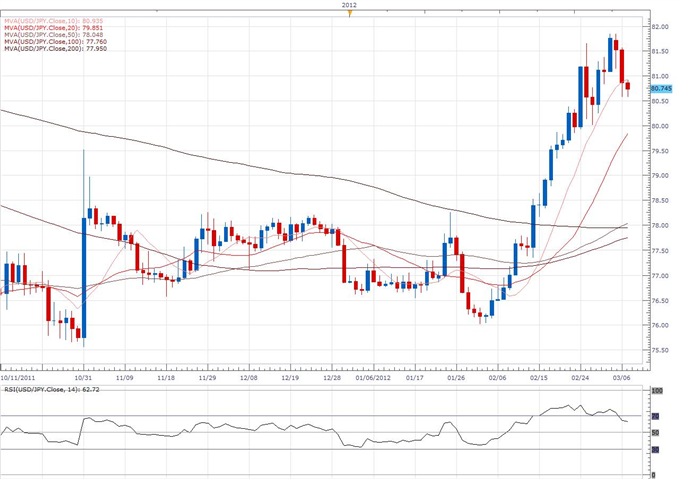 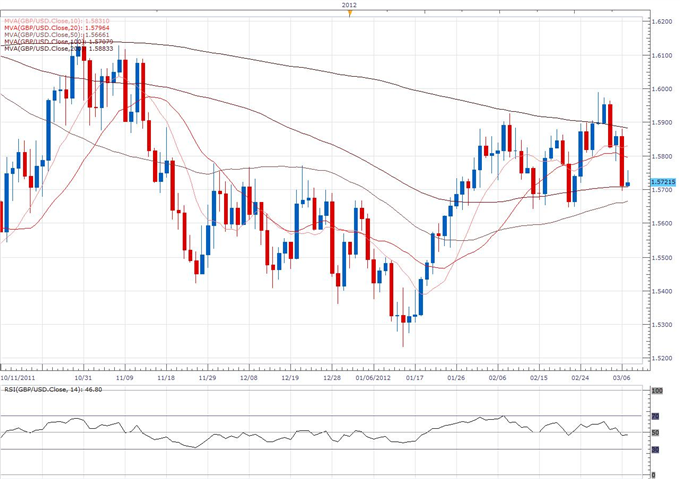 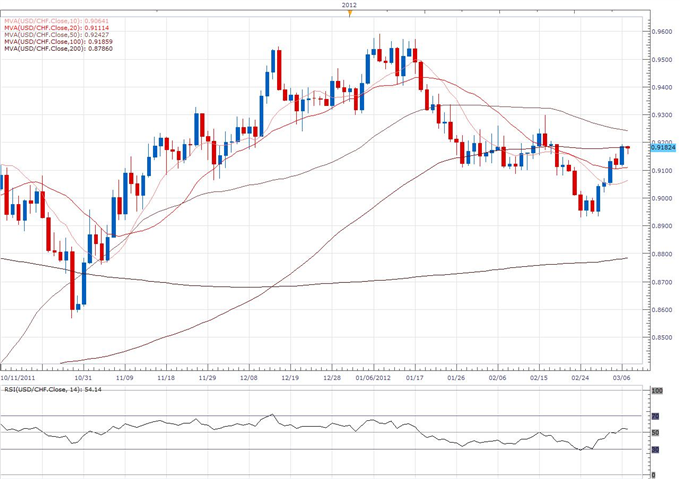