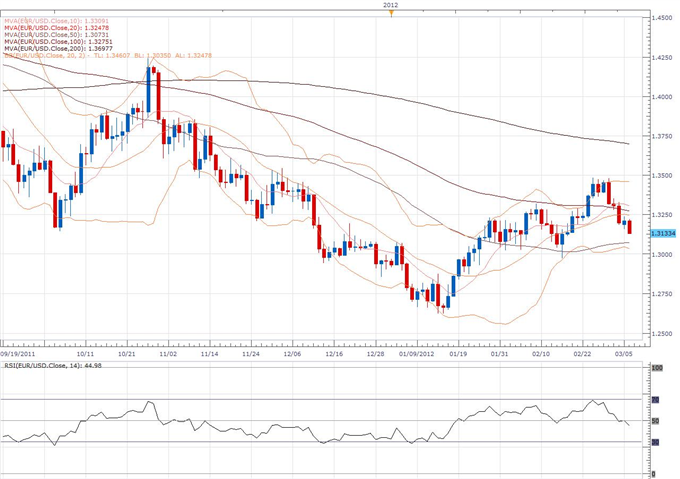 Some downbeat news out of China relating to growth forecasts and a somewhat more dovish than expected RBA proved to be the initial catalysts for some risk off trade which dominated the European session. Global equities took a hit and longer-term accounts took the opportunity to exit some higher yielding FX positions as reflected by the pullbacks and relative underperformance in the commodity bloc. The Euro did however manage to play catch-up (or catch-down for the matter) with the single currency accelerating to the downside after triggering major stops below 1.3160. Rumors of a delayed Greek PSI deadline were attributed to the aggressive Euro selling and although these rumors were later denied, the bearish momentum could not be slowed. A doom and gloom article in the Telegraph calling for eventual Greece exit followed by Portugal is not helping risk sentiment.

Relative performance versus the USD Tuesday (as of 11:50GMT)

Elsewhere, USDJPY and the Yen crosses were also big movers on the day, with the oversold technical readings in the Yen finally unwinding to open a sizeable retreat in these markets. Overall, the risk off sentiment looks like it just might be enough to finally break a multi-day consolidation in the global equities markets which suggests more fear and uncertainty over the coming days. Of course, there is still a good deal of event risk this week, and traders will be sure not to get to ahead of themselves, with the RBNZ, BOE, ECB and US NFPs all still to come in the latter half of the week.

EUR/USD: The latest failure ahead of 1.3500 and subsequent break back below 1.3350 could now warn that a lower top is finally in place ahead of the next major downside extension below the 2012 lows by 1.2620. However, there is some short-term rising trend-line support off of the 2012 lows by 1.3150 which will need to be convincingly broken before we can really get behind the idea of a full on downside acceleration. Inability to establish below 1.3150 will keep bulls in the picture and could still warn of additional corrective gains in 2012. Back above 1.3320 will also compromise bearish outlook. Look for clarity with Tuesday’s daily close to see if the market will end up below 1.3150 or above. 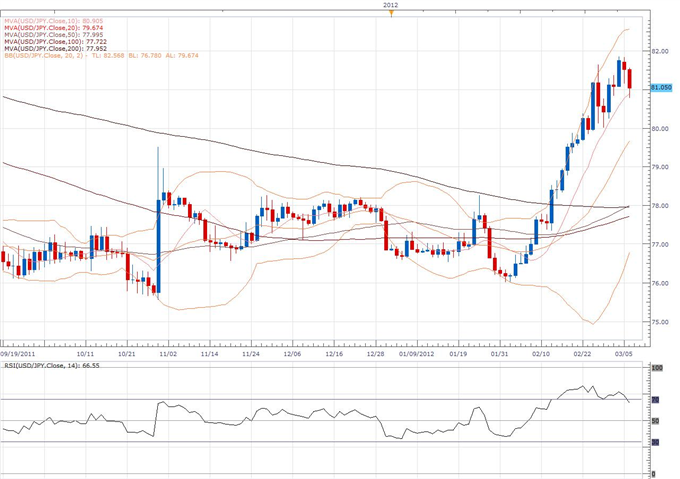 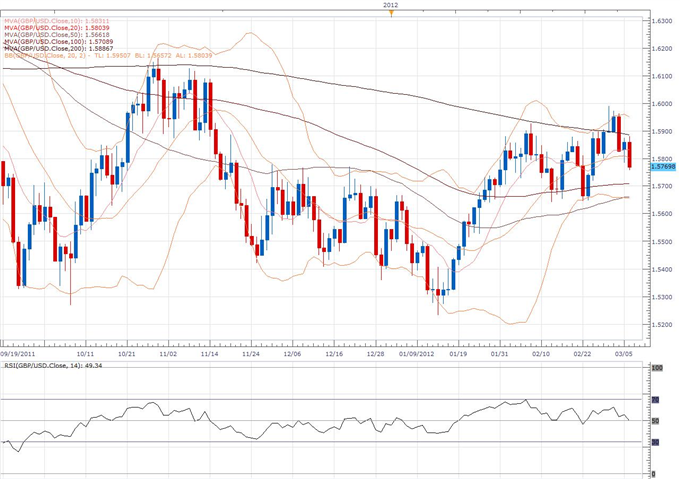 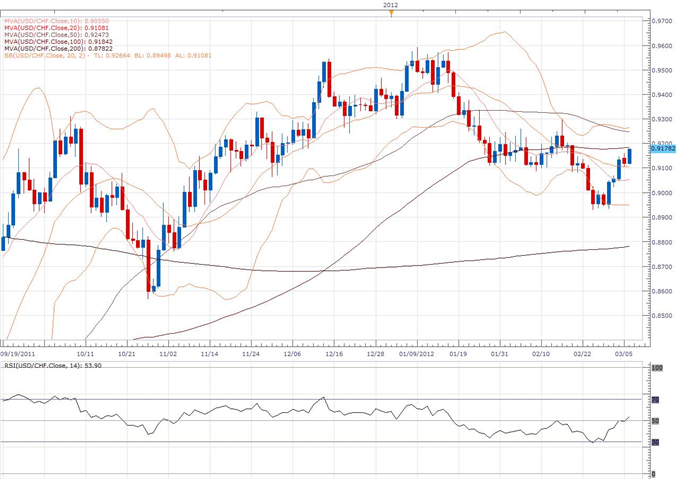