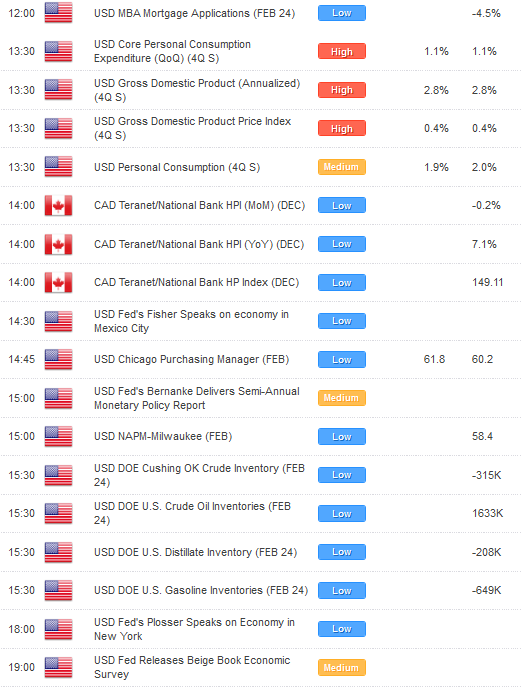 A good bout of North American data and Fed Chair Bernanke are still due while the market has been trying to digest the latest ECB LTRO results. The initial reaction has been Euro neutral while risk correlated currencies like the commodity bloc have found renewed bids. The Euro 529.5B LTRO 3- year take-up was slightly higher than expected, but on the whole within the reach of what analysts had been looking for.

Relative performance versus the USD Tuesday (as of 12:00GMT)

Although the reaction in the Euro was one of selling the fact, there were some concerns over the revelation that 800 banks bid for the extra liquidity this time around versus the 523 in December. Still, the commodity currencies were well bid on the news, presumably on the assumption that the excess funds from the LTRO would be invested into correlated assets like stocks and commodities. AUD, NZD and CAD made fresh 2012 highs against the buck in the European session, taking out key barriers by 1.0845, 0.8435 and 0.9900 respectively.

Overall, retail positioning shows traders long the US Dollar against all of the major currencies, and we fear these traders could still feel a little more pain before things turn around. At this point, we recommend staying on the sidelines and waiting for a clearer opportunity to present. Also likely to add to the volatility in Wednesday trade will be the end of month flows, with a good deal of movement always expected on the final day of trade for February. 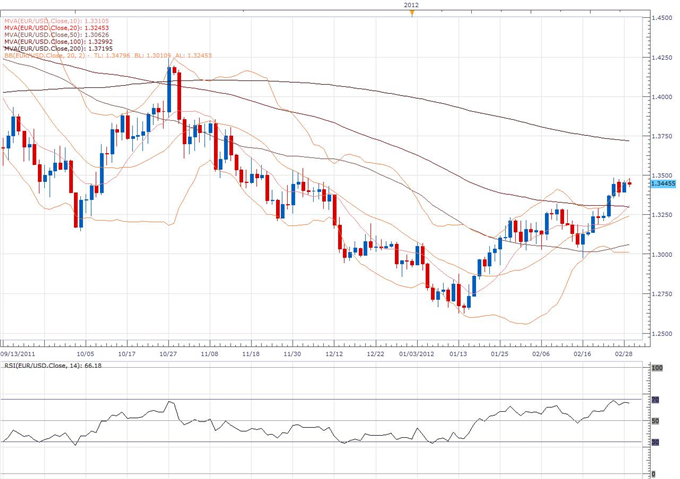 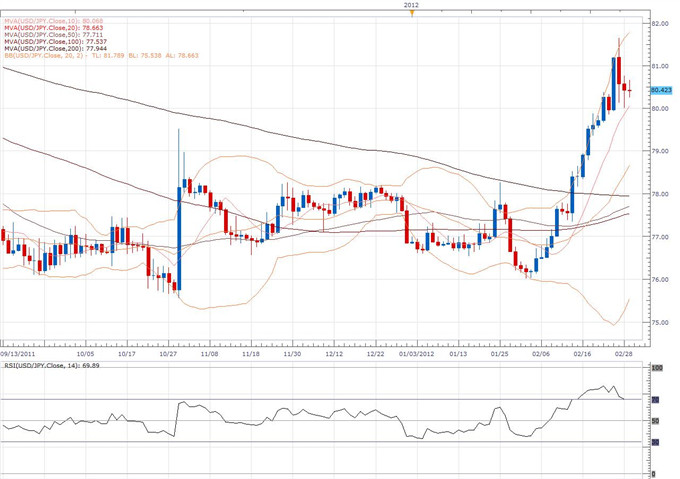 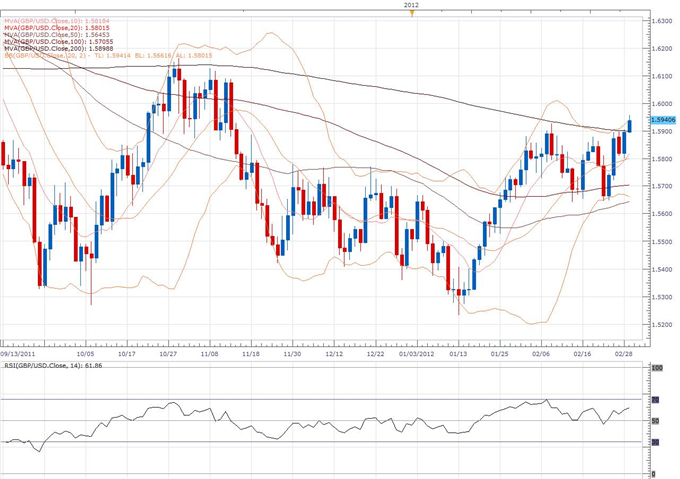 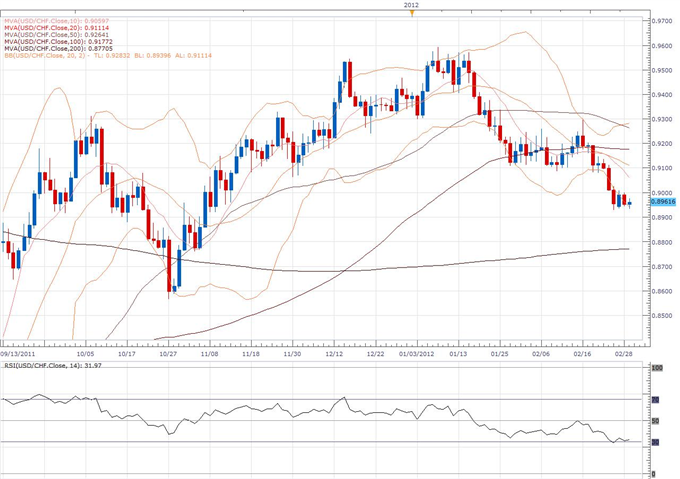