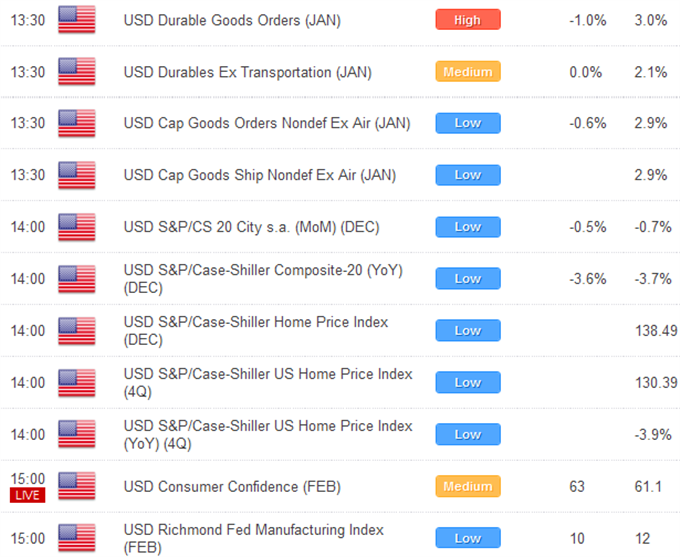 We are in the final days of February and markets always have an added tendency of additional volatility on the end of month flow related activity. But this aside, the Euro remains very well supported on dips and continues to focus on the establishment above next key barriers by 1.3500. While we retain a broader bearish bias in EUR/USD, we still see risks for additional gains into the 1.3600-1.3700 area before the market finally relents.

Relative performance versus the USD Tuesday (as of 12:00GMT)

Elsewhere, the Yen has found some renewed bids, albeit most of these bids are probably related to profit taking on short positions, with Monday’s Yen rally seen as a necessary development given how well offered the currency had been, trading to multi-month lows against the buck. Still, we continue to see the risks for the Yen tilted to the downside from here, with every indication that the currency is carving out a major top against many of the major currencies.

Moving on, the ability for global equities and risk sentiment to remain so well supported has us frustrated at the moment, as technical signs continue to warn of a near-term pullback which should be rather sizable. Inability for equities to roll over to this point has once again helped to put the bid back into some of the higher yielding, risk correlated commodity currencies. Also seen supporting the Australian Dollar a bit is the news that Singapore’s Wilmar will be taking a 10.1% stake in Australia’s Good man Fielder. But at this point we will not waver from our convictions and continue to be on the lookout for a bearish shift in global sentiment.

Simmering geopolitical tensions between Israel and Iran represent a risk to market sentiment and stand to impact oil prices. Additionally, IMF Lagarde has been on the wires warning that the global economy is “still not out of the danger zone,” and these comments could invite more uncertainty to the marketplace on Tuesday. Overall, data in the European session was uneventful, with slightly better Eurozone sentiment and mixed UK CBI sales. News that the ECB was temporarily suspending Greek debt as collateral for loans did however generate some attention. Looking ahead, Wednesday’s ECB LTRO remains in focus and the results will surely have an impact on directional movement in the markets. 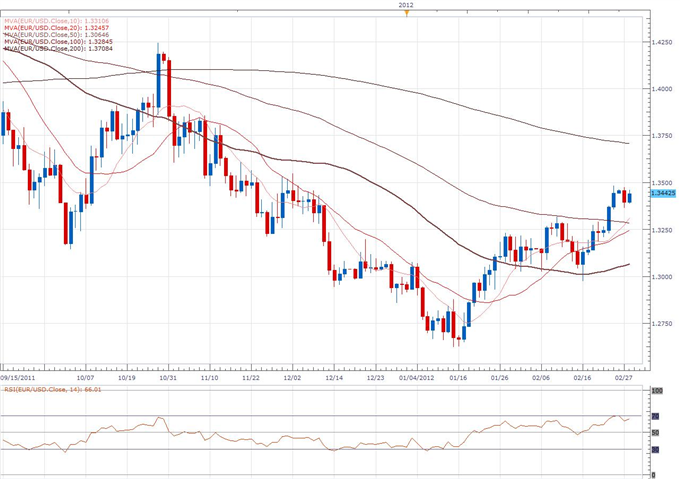 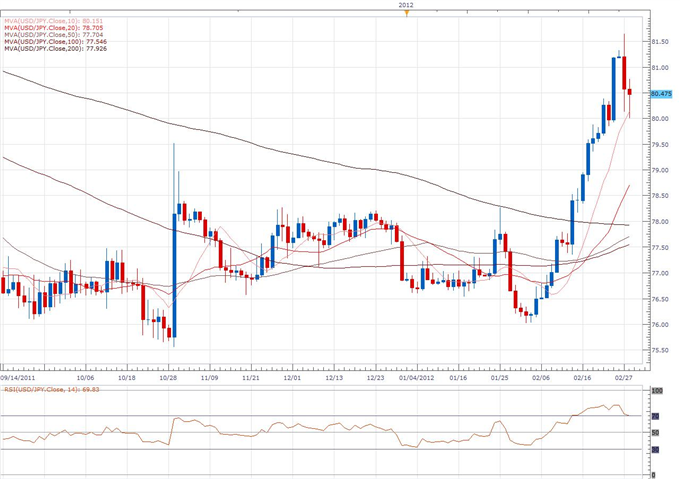 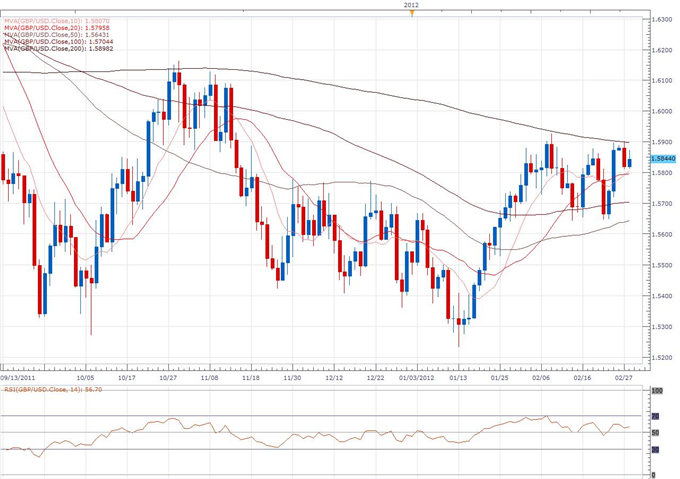 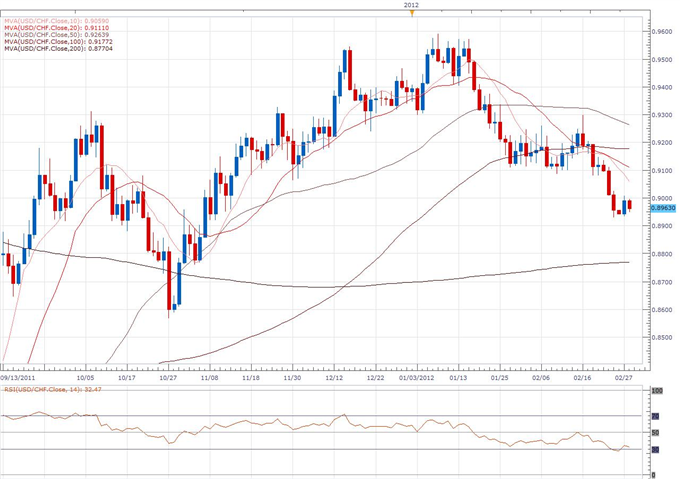