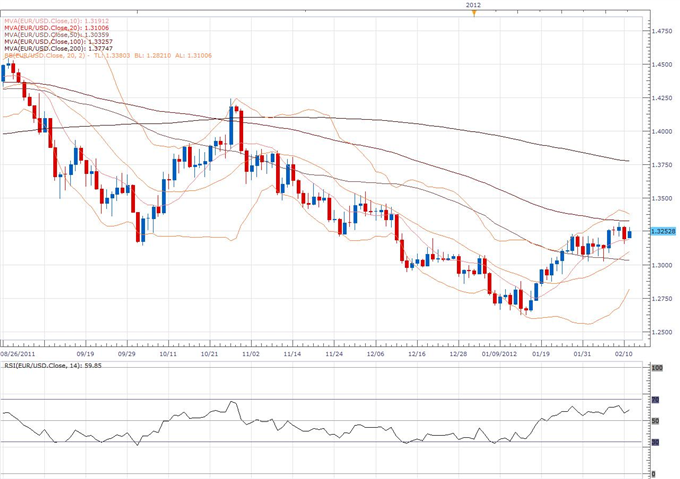 So far, a very quiet start to the week, but risk correlated assets have been benefiting on Monday thus far. The primary driver of the price action has come on the back of the news that Greek Parliament has gone ahead and passed the austerity motion. The Euro has found renewed bids and once again considers the possibility of a rally to fresh 2012 highs beyond the 100-Day SMA, while Aussie and Kiwi are performing even better today on the risk positive themes.

Relative performance versus the USD Monday (as of 11:55GMT)

However, we would not ignore Friday’s price action which showed US equities rolling over and hinting at the potential for a more significant pullback. This ultimately warns against establishing any aggressive risk on positions, and it would probably be best to wait and see how markets settle later today. Comments from German FinMin Schaeuble and EU Barroso reinforce our views after the officials warned that EU difficulties were far from behind us and that talks still needed to be finalized on the second Greek aid package.

The economic calendar for Monday is exceptionally light and the ongoing Eurozone crisis will likely continue to drive price action. Italian bond auctions results were fairly well received but did not seem to factor into price action. Overall, our bias is more on the risk negative side and would be looking for underperformance in risk correlated currencies and global equities over the coming weeks. 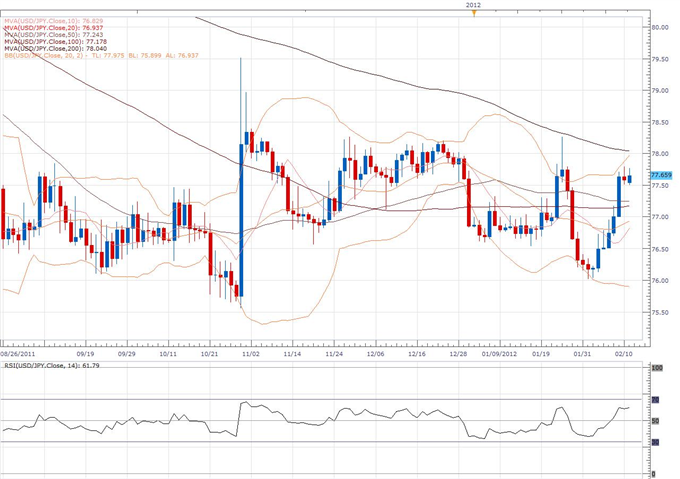 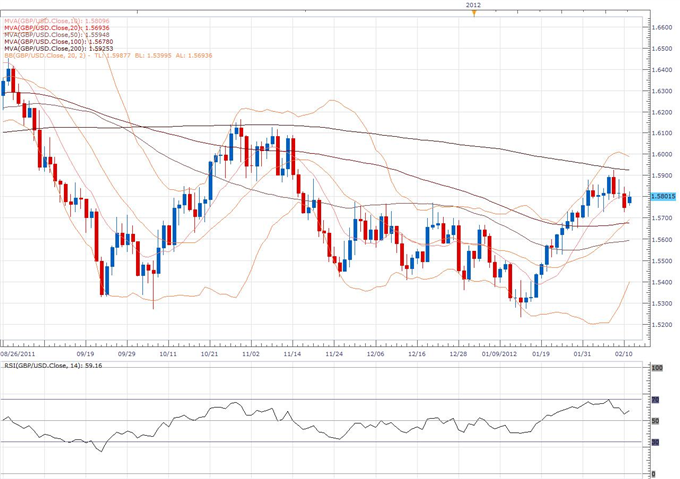 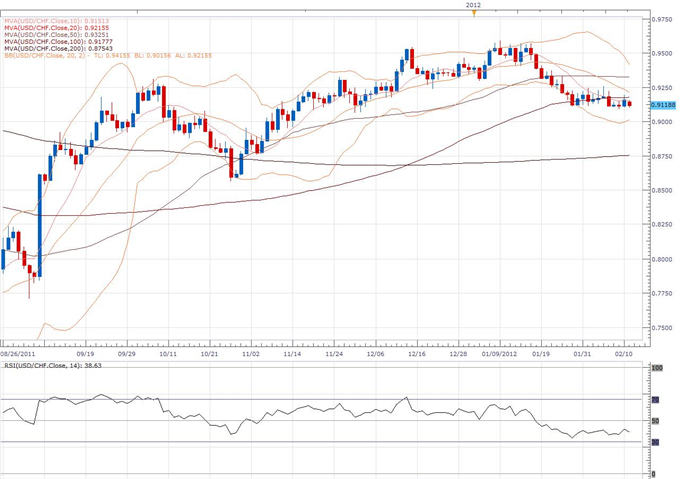