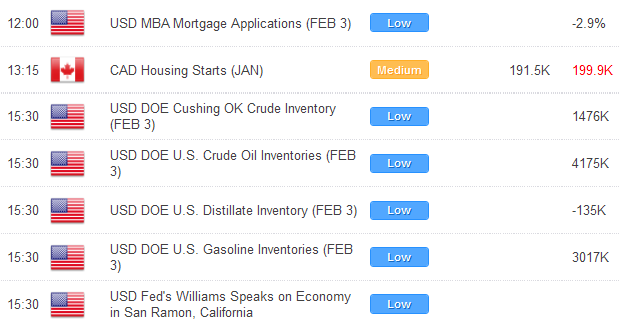 A fresh wave of optimism has been injected into the Euro, with the single currency outperforming in recent trade on the back of legitimate expectations that a Greece deal is finally near. Greek party officials are slated to meet later today to facilitate the agreement of the bailout, which one party leader says should not end in humiliation for the country. Also seen propping the Euro is a report from the WSJ which says that the ECB might consider making concessions on Greek debt.

Relative performance versus the USD Wednesday (as of 12:05GMT)

The break in EUR/USD above the recent consolidation highs at 1.3235 ends a multi-session bout of consolidation which should now open additional upside towards the 100-Day SMA in the mid 1.3300’s. Elsewhere, the Yen is also on the move, with the currency weakening across the board and diminishing the possibilities for a retest of its record highs against the US Dollar from October. The EUR/CHF cross is also looking like it could be basing out, with the market moving further away from its 1.2000 SNB floor after SNB Jordan reaffirmed the central bank’s strong commitment to defend the level.

Moving on, the Bank of England kicks off its two day policy meeting, and while rates are expected to remain on hold tomorrow, there is a general consensus that the BOE will announce the expansion of its asset purchase target by GBP50B to GBP325B total. This has probably been the source for some underperformance in the Pound on Wednesday as participants position ahead of tomorrow’s event risk. The economic calendar for Wednesday is fairly light and we would recommend keeping a close eye on Greece developments and global equity prices which in our opinion are at risk for a significant bout of profit taking on overbought technical readings. 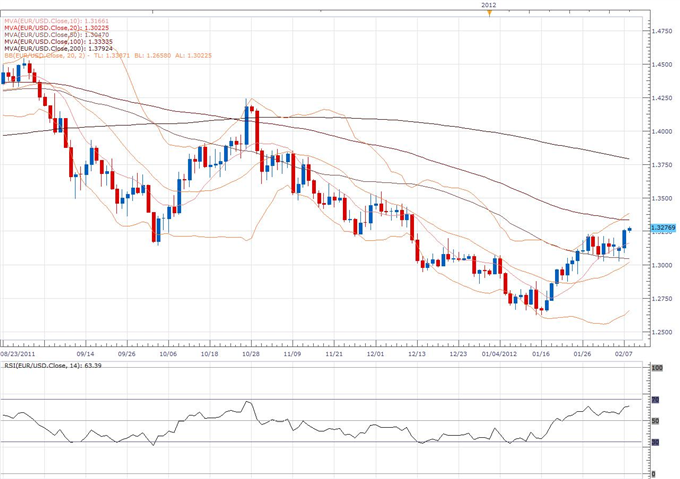 EUR/USD: The latest multi-session consolidation has been broken, with the pair clearing resistance at 1.3235 and now opening the door for a test of the next key level in the form of the 100-Day SMA at 1.3335. Given the recent consolidation range of approximately 200 points (1.3025-1.3235), we will leave the door open for a move towards the 1.3450 area before the market eventually looks to stall out and carve a more meaningful lower top ahead of broader underlying bear trend resumption. A break back below 1.3025 is now required to officially alleviate immediate topside pressures. 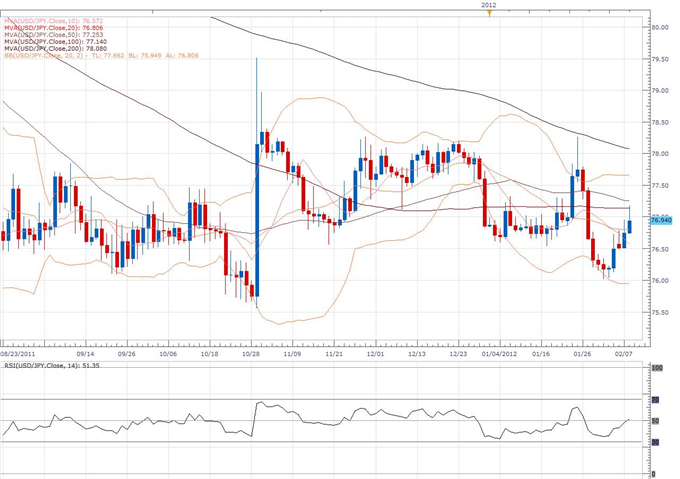 USD/JPY:The market could once again be looking to carve an interim base after setbacks stalled shy of the record lows from October by 75.55. A bullish reversal day from last Friday has shown some decent follow through and a daily close back above 77.00 will do a good job of alleviating immediate downside pressures and reintroducing longer-term basing prospects. Inability to establish back above 77.00 on Wednesday will however keep the focus on the downside and on a retest of the record lows. 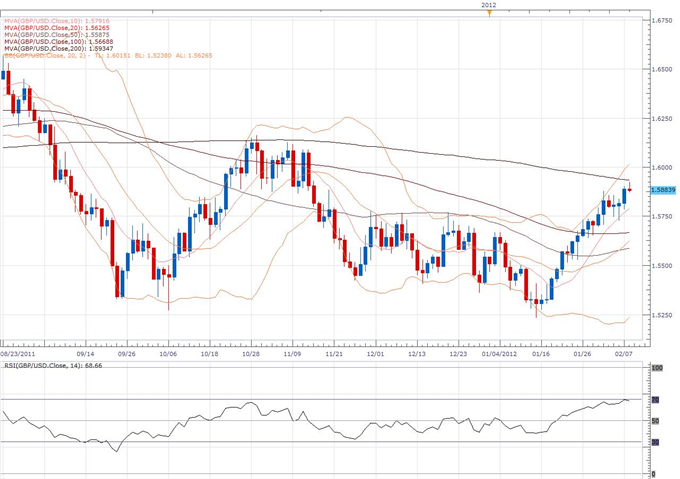 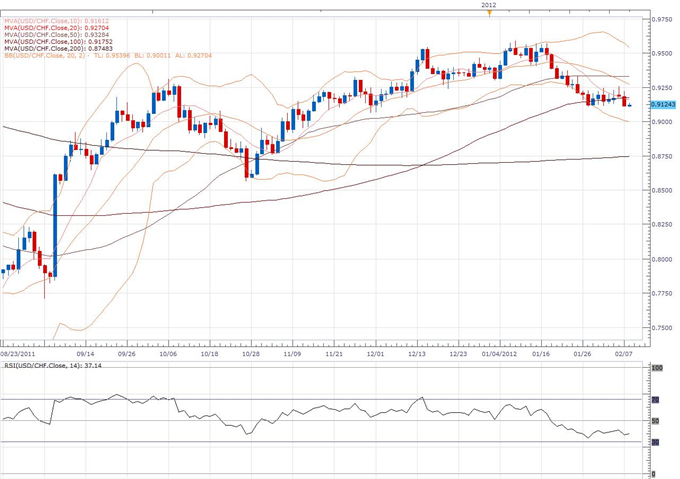