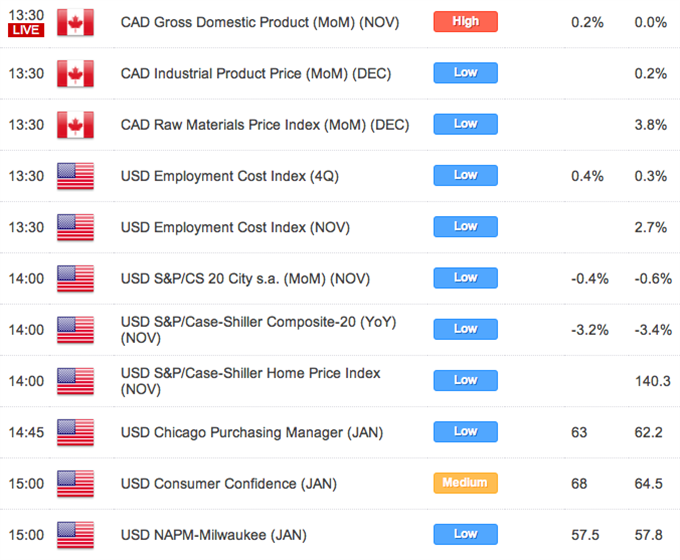 Euro Has One More Surge Left Before Relenting to Broader Pressures

While technical studies warn of the potential for additional Euro upside towards the 1.3400 area before the market finally stalls out in favor of broader underlying bear trend resumption, fundamental developments have certainly not been Euro or risk supportive. And yet, price action over the past couple of sessions has been odd to say the least, with risk correlated assets still well bid, despite some intense pressure early Monday, and despite a Eurozone crisis which still has not reached an agreement on Greece. Although the EU leader’s Summit did manage to produce a fiscal compact, there are no plans for implementation until 2013 which seems quite a distance away given the instability in the Eurozone economy. Additionally, peripheral yield spreads have begun to widen again, and the risks for Greek default are once again a real possibility.

Relative performance versus the USD Tuesday (as of 12:10GMT)

There really doesn’t seem to be any good reason in our opinion for Euro or currency gains to extend much further before ultimately relenting to the realities of a still very unstable and risk sensitive global macro landscape. Perhaps the one currency that is making some sense is the Yen, with the currency rallying to fresh multi-day highs against the US Dollar and threatening a retest and break of the record highs from October (USD/JPY record lows at 75.55). The Yen has been prone to relative strength in safe haven market environments and the currency has taken out some solid multi-day resistance to suggest that risk profiles are changing. Still, our best recommendation for the time being is to stay sidelined until price action makes more sense or until the Euro rallies up towards 1.3400.

If the Euro does manage to establish above Monday’s highs, we see a test of the 100-Day SMA just shy of 1.3400 as a real possibility and we will wait for this test to take a shot and aggressively sell into that rally. In fact, we recommend looking to sell all major and minor currencies against the buck should Eur/Usd trade 1.3400 over the coming sessions. The latest report from FT Deutschland laying out plans for a possible EU debt plan of Eur1.5trillion merged ESM/EFSF with the IMF has helped to keep the market supported into North America, and any confirmation of an official Greece deal could be result in the final surge towards the 100-Day SMA before the Euro finally relents to broader pressures. Elsewhere, Kiwi has been the standout outperformer on the day with investors sensing a need to shift into alternative attractive yield to the Australian Dollar given the expectation for upcoming RBA rate cuts. 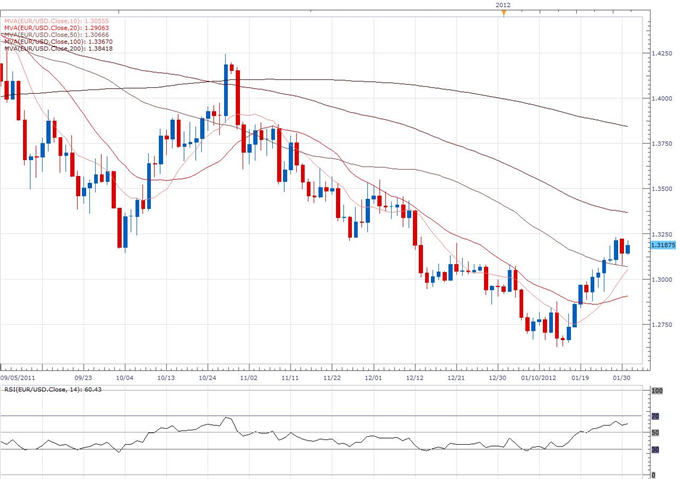 EUR/USD: Although gains in this market have been quite impressive in recent days, the price action is still classified as corrective with the market locked in a broader underlying downtrend. From here we would still leave the door open for additional upside to test the 100-Day SMA by 1.3370, but any additional gains should be well capped below 1.3500 on a daily close basis in favor of the formation of the next major lower top ahead of bearish resumption. Ultimately we see risks for a move back below the 2012 lows at 1.2620 and towards the 1.2000 area over the coming months. 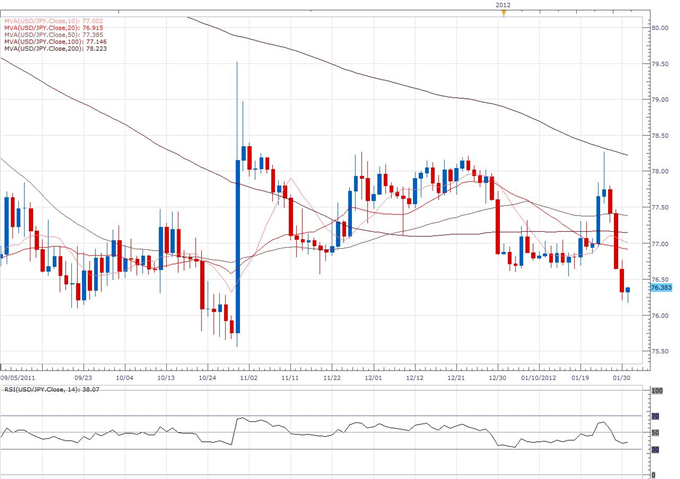 USD/JPY:The higher platform that we had been looking for by 76.55 has now been broken with the market eyeing a direct retest of the record lows from October at 75.55. Overall, we will still be looking for opportunities to be buyers on dips, with longer-term studies warning of a cycle low at some point over the coming months. Our strategy will be to wait for some oversold daily studies and then look to take another shot at the long side. A break back above 76.80 will be required at a minimum to relieve downside pressures. 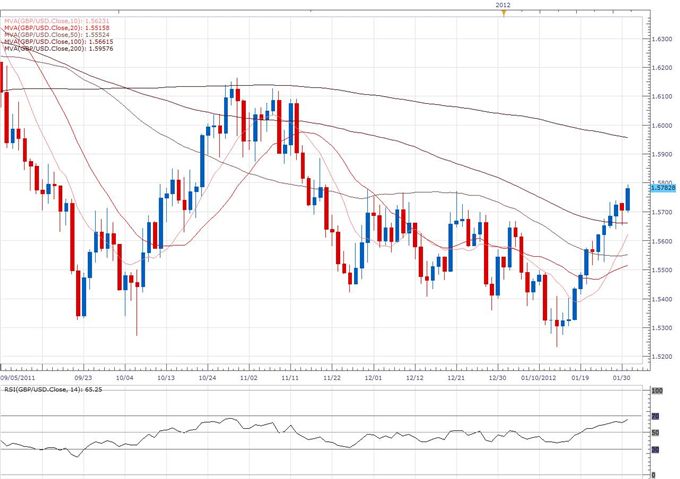 GBP/USD: The market has mostly been locked in some sideways chop over the past few weeks with any rallies very well capped ahead of 1.5800 and setbacks supported on dips below 1.5300. Until either side is convincingly broken, we would expect to see additional range trade. Therefore the preferred strategy is to look to sell by the range highs and buy dips to range lows. Only a weekly close above 1.5800 or below 1.5250 would give reason for outlook shift. 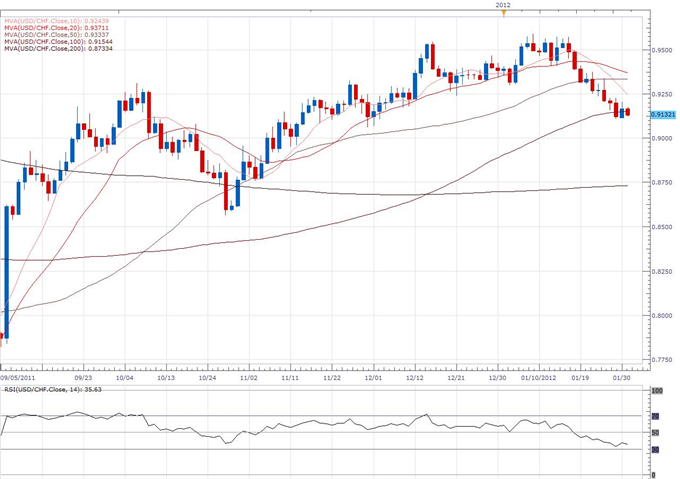 USD/CHF: Although our overall outlook remains intensely bullish, the market is in the process of some interday consolidation before the next major upside extension beyond 0.9600 and towards parity. However, with the latest consolidative declines now finally testing the 100-Day SMA, any additional downside should be limited in favor of a fresh upside extension. Ultimately, only a daily close back below 0.9000 would give reason for concern. Alternatively, a close back above 0.9230 would alleviate immediate downside pressures and reaffirm outlook.