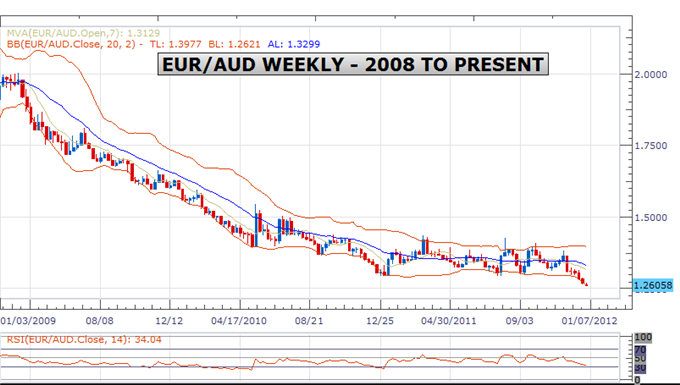 Market price action in 2012 thus far has been on the whole risk positive, with the moves likely the result of some short-term profit taking on flight to safety trade in the final weeks of the previous year. However, economic data has also been impressive, with a slew of PMIs out from China, Australia, Switzerland, UK and the Eurozone all exceeding expectations over the past two days, in addition to some other encouraging releases. Also seen propping sentiment has been the first Eurozone auction for the year out of Belgium, which was well received. The commodity currencies have unsurprisingly been the relative outperformers on familiar correlations, with Aussie back to some solid resistance in the 1.0300 area, Kiwi trading towards 0.8000, and CAD contemplating acceleration towards parity.

Still, we retain a broader risk off outlook and continue to recommend fading the strength in these commodity currencies, in favor of some material underperformance in 2012 as the global recession intensifies and spreads towards China. China’s Premier Wen Jiabao echoes our sentiment after saying that Q1 2012 will be hard for the Chinese economy. The EUR/AUD cross rate has been an interesting one to watch, with the market trading by +20 year lows and threatening a break to record lows below 1.2500. But given the extent of the rapid depreciation of some 85 big figures since 2008, we see the formation of a major base and trend reversal over the coming months. Our technical outlook aligns with our fundamental view, and we will be looking for opportunities to be buying aggressively over the coming days.

Relative performance versus the USD o Tuesday (as of 11:08GMT)

Although the holidays are finally behind us, it will take a few more days before investors can fully shake off their holiday hangovers and refocus on markets. Another currency which should be watched closely is the Yen, which managed to find some relative bids in the final days of 2011, particularly on the crosses, with EUR/JPY dropping through major psychological barriers at 100.00. While we are risk negative in our macro outlook, we also see the Yen at risk for relative underperformance even in this environment with the prospects for more official intervention looking increasingly probable to us. As such, any additional weakness below 100.00 in EUR/JPY, or below 76.55 in USD/JPY is seen limited in favor of a major bout of Yen selling over the coming months.

Looking ahead, the focus on Tuesday will be on any progress and developments (if at all) from talks between France’s Sarkozy and Germany’s Merkel. Meanwhile, on the data front, US construction spending, ISM manufacturing and the Fed Minutes are all slated for release. Global equity markets are well bid on the day thus far, while commodities are also tracking considerably higher. 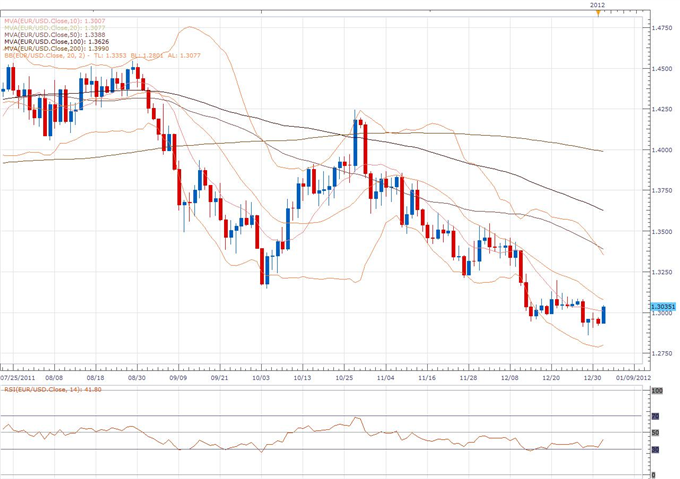 EUR/USD: After finally taking out the 2011 lows from January by 1.2870, the market seems poised for the next major downside extension. Overall, we retain a strong bearish outlook for this market and look for setbacks to extend towards the 1.2000 handle over the coming months. While we would not rule out the potential for additional corrective rallies, any rallies should be very well capped above 1.3500. 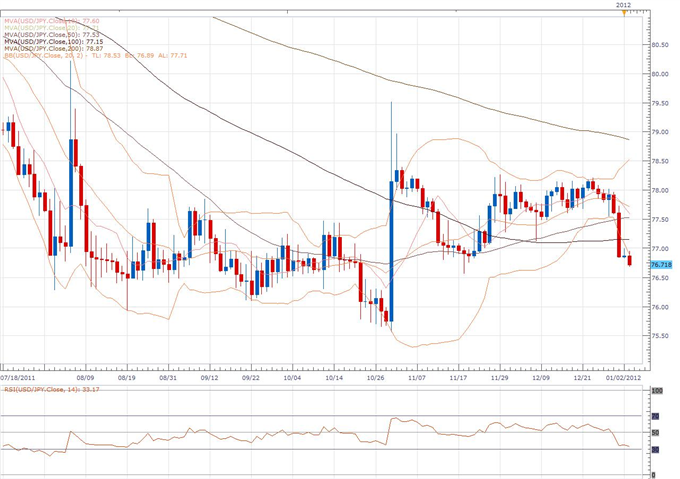 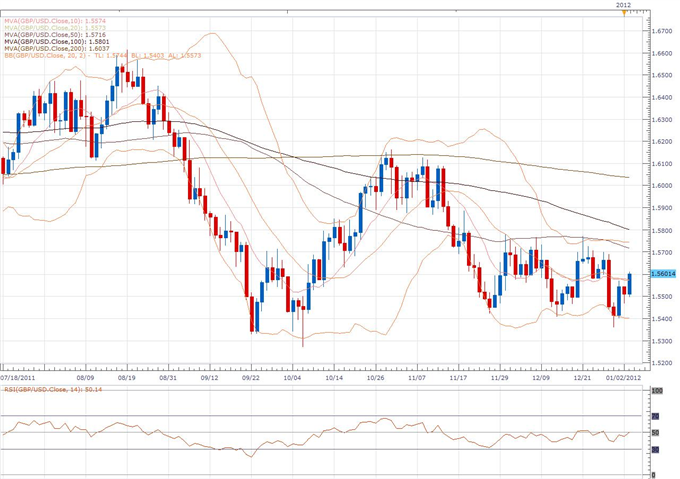 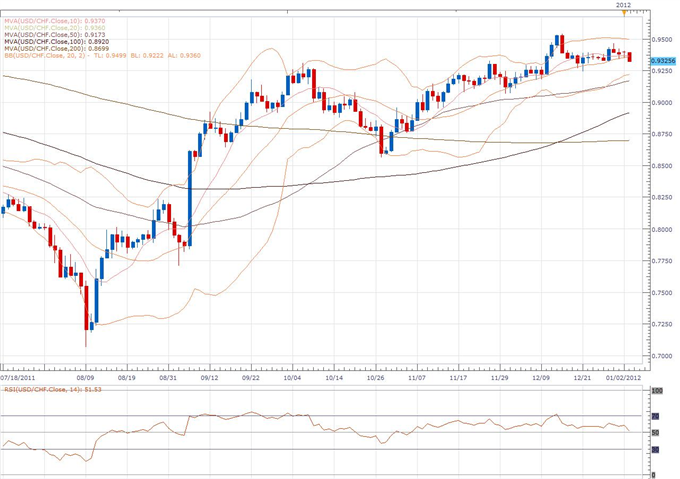