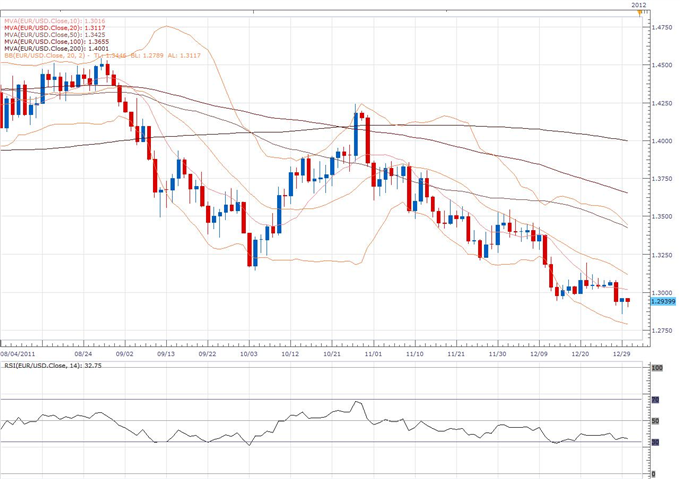 US Dollar Projected to Outperform in 2012

The Euro looks poised to close out the year below 1.3000 after dropping to a fresh 2011 low by 1.2858 on Thursday. The bearish close is rather appropriate in the grand scheme of things considering the Eurozone crisis was at the center of all things troubled in 2011. Although most market participants were watching the EUR/USD break, the Euro was pressured against many of the other major currencies in the final sessions of the year, with critical support in EUR/JPY broken on Friday after the cross took out major psychological barriers at 100.00 to trade to fresh multi-year lows.

From here, we would expect to see Euro declines accelerate into 2012, particularly against the US Dollar, with a measured move objective coming in somewhere near the 1.2000 area. Broadly speaking, we anticipate across the board US Dollar bids against all major and minor currencies, with the US Dollar seen as the most attractive currency in 2012 on both its safe haven appeal and the prospects for a sustained economic recovery in the United States.

We also project relative underperformance even against the Euro in the China correlated commodity bloc and emerging market currencies, on the expectation that a third phase of the global recession will soon fully reveal itself in China into 2012. We think this will be the next big shoe to drop, and we therefore warn against long positions, specifically in the Australian Dollar which we contend is highly overvalued and quite exposed at current levels.

Relative performance versus the USD on Friday (as of 10:00GMT)

EUR/USD: The market is now looking to establish below the critical 2011 lows from January 2011 at 1.2870 and a weekly close below this level will open the door for the next major downside extension towards the 1.2500 area. Overall, we retain a strong bearish outlook for this market and look for setbacks to extend towards the 1.2000 handle over the coming months. While we would not rule out the potential for corrective rallies, any rallies should be very well capped above 1.3500. 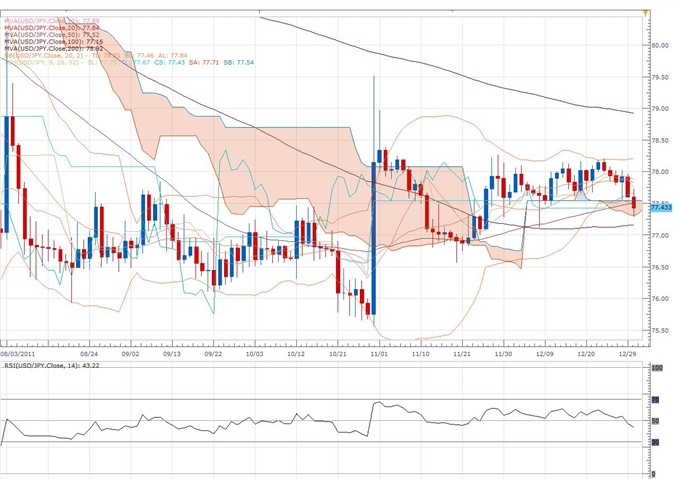 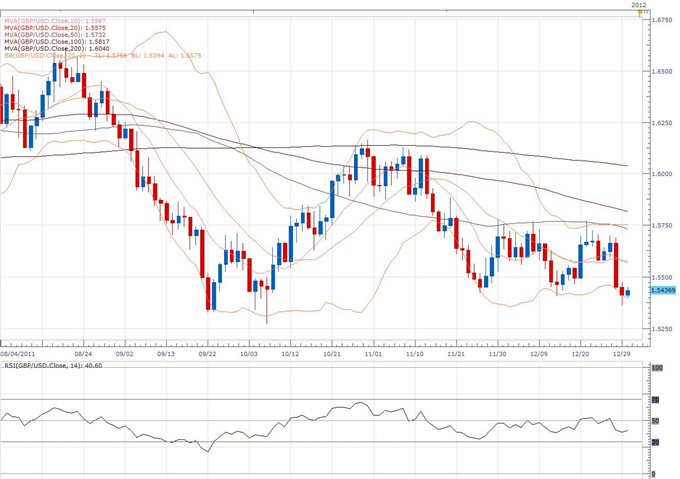 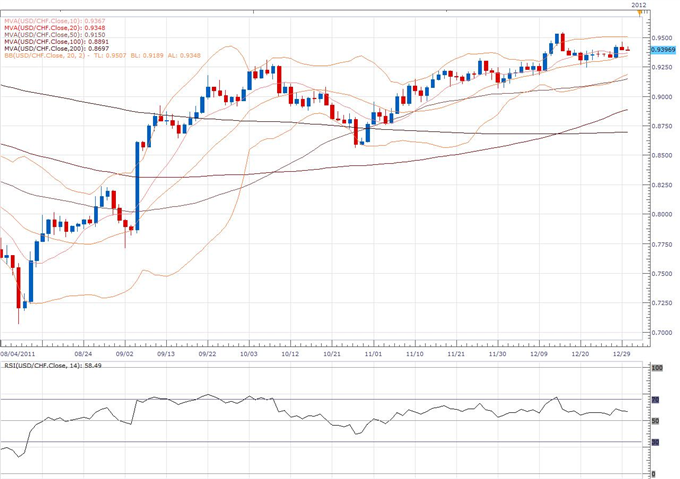