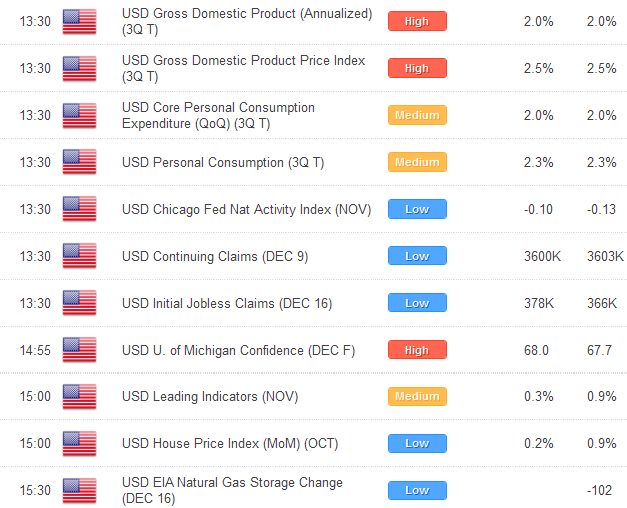 Although yesterday’s price action in the Euro was quite bearish, with the market unable to hold onto gains towards 1.3200 and sharply reversing course to close lower on the day back in the mid-1.3000’s, we would not give the developments too much consideration in the current market environment. All of the major players have abandoned their desks for the holidays and market volumes have dropped off dramatically. Technically, we still do not rule out the possibility for a Euro rally into year end, with the market well capable of pushing back into the 1.3300’s while still being confined to the underlying bearish trend. But our recommendation is to stay put on the sidelines for now and wait until normal market conditions return in early January.

Relative performance versus the USD on Thursday (as of 12:40GMT)

In the interim, it could be worth keeping an eye on some interesting Euro cross rates which all seem to be overextended and potentially at risk for reversals. EUR/JPY has stalled out yet again by multi-year lows and ahead of key psychological barriers at 100.00, while EUR/AUD trades by +20 year lows and could also be looking to carve some form of a base. Meanwhile, EUR/GBP has been under some intense pressure in recent trade, and threatens a retest of its 2011 lows from early January.

In trade thus far on Thursday markets have been jittery, with the Euro once again initially bid and then pulling back on rumors of a French downgrade. However, after failing to materialize, the market was once again supported on dips and bid back into the North American open. UK was the standout in Europe with GDP coming in slightly better but more than offset by the worst ever UK current account reading. Looking ahead, things could pick up into the US with the final revisions to US Q3GDP due, along with initial jobless claims, Chicago Fed national activity index, leading indicators, the house price index and Michigan confidence. US equity futures and oil prices are marginally bid while gold track slightly lower. 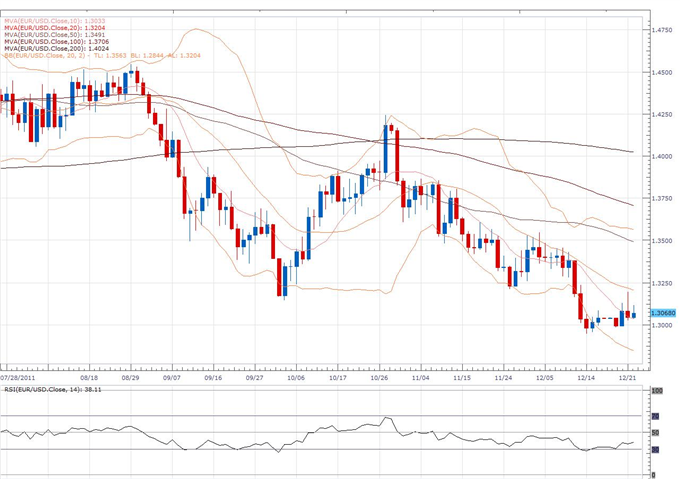 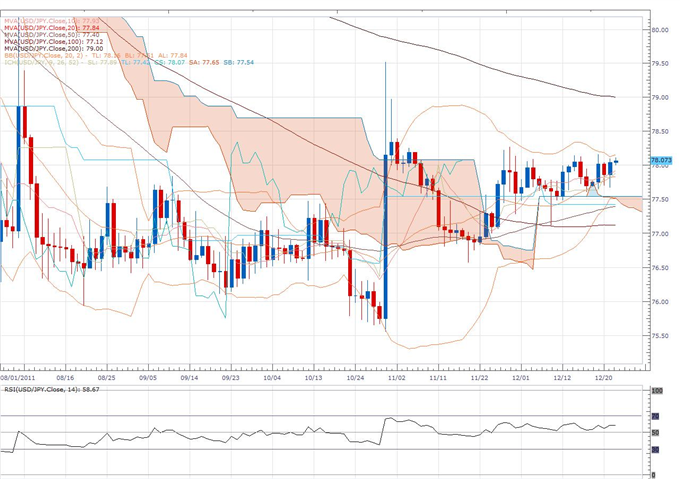 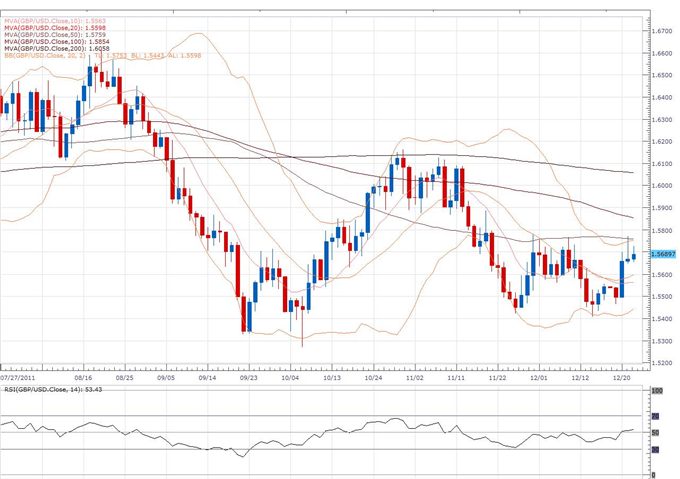 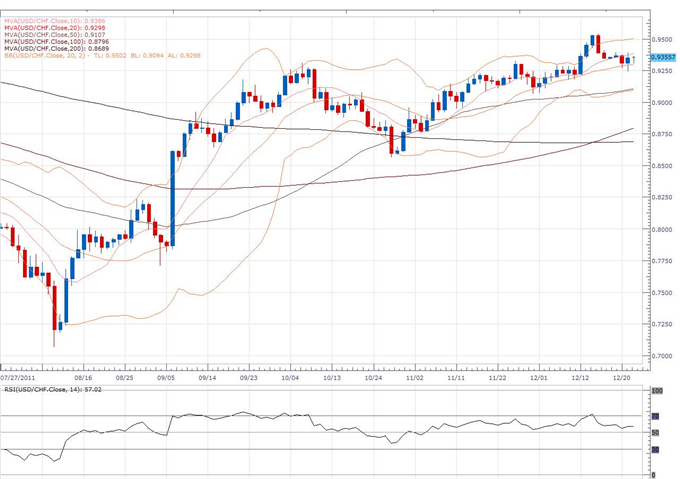