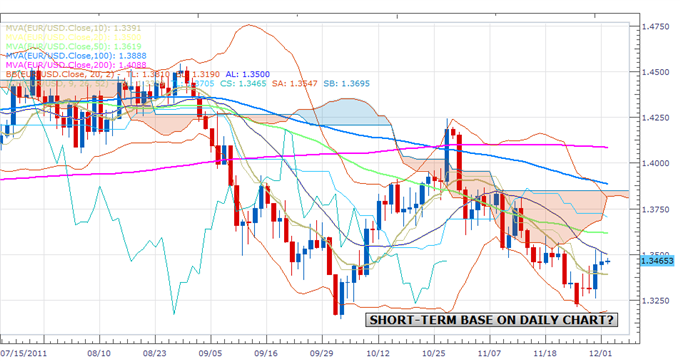 Technicals Say Go With the Money and Not the Brains

Markets have lain dormant since Wednesday’s coordinated central bank action, and traders are still befuddled as to why. On one hand, the move opens the door to cheaper money and should theoretically help stimulate the global economy. However, the move also underscores a bleak outlook – the global economy wouldn’t need aggressive resuscitation measures if it wasn’t in terrible shape.Also, as we mentioned on Wednesday, monetary cheapness doesn’t equal availability. Banks are still balking from lending, causing a liquidity trap which could potentially expose the global economy to danger up the road.

Relative performance versus the USD on Friday (as of 11:30GMT)

Market participants are struggling to decide whether they want to build back into risk correlated assets, or run for the hills. As a techno-fundamental strategist, I myself am torn with the markets rights now. Fundamentally, I remain extremely bearish, with the recent central bank actions only solidifying my view that the Eurozone contagion has spread well beyond the Eurozone, and that this is simply phase two of a global recession which originated in the United States back in 2008.

From here, risks are for a more aggressive deterioration in the east, with China seen as the antagonist in phase three. Phase three should expose markets which have been traditionally invested in as risk correlated assets but in recent months have seen an active flow on safe haven flows away from the exposed United States and Eurozone economies. But these markets are not safe-haven markets, and we contend that we will soon see an enormous liquidation from investments in these markets as investors realize that these regions are just as exposed. As such, a slowdown in China will infect the correlated Australian economy and other commodity bloc economies as well as many of the emerging markets.

At the start of the crisis, there was an absurd decoupling theory which asserted that the Unites States recession would be contained and that the rest of the world would be fine. This view translated into a flow of funds into the Eurozone and we now see the result of that trade. So why should it be any different with China, the commodity bloc and emerging market economies? Here too we should soon see that the world is in fact very connected and the effects of the crisis are yet to be felt in these markets. Some would analogize to a ripple effect, but we prefer to liken the current global recession to a snowball that builds in size and momentum as it makes it way down the mountain. The Eurozone crisis is looking like more of a disaster than in the US, and we wonder just how much further down the mountain China is?

Technically, the market seems to be offering a more open minded and clear picture. As hard as it is to turn away from the doom and gloom fundamental outlook, the technical picture is not ruling out the possibility for some upside in risk correlated assets over the coming sessions. The Euro looks like it is attempting to carve out another base after stalling ahead of critical support by 1.3145 and it wouldn’t at all be surprising to see a rally back towards the 1.3800 area before the potential for bearish resumption. The key level to watch above comes in at 1.3535, and a daily close above could very well accelerate gains towards 1.3800.

The month of December is difficult enough to trade as it is, and throw in the current backdrop and things become all the more difficult to predict in the short-term. As such, the best place to be seems to be the only logical place to be right now, which is on the sidelines. We will happily take a backseat and wait to see how things play out over the coming days. If the Euro and currencies continue to correct higher, we will wait for an opportunity to look to re-assert our core bearish strategy, if the markets stall out and roll back over, we will look for opportunity to sell on downside breaks. 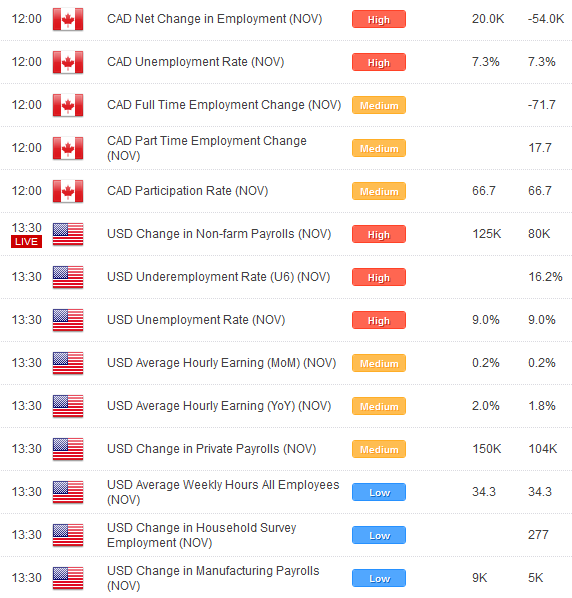