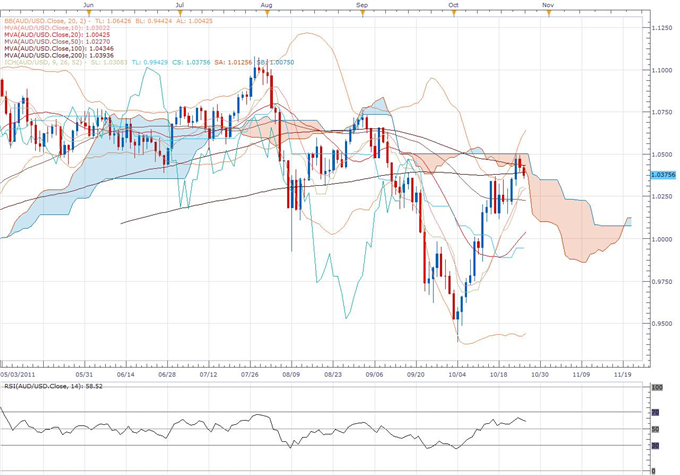 Eurozone Headlines Fail to Impress But Single Currency Holding Up

The Australian Dollar has been the hardest hit currency on the day thus far and has been getting a lot of attention in early Wednesday trade. The relative underperformance comes on the back of some much softer inflation readings which have now fueled speculation of a potential rate cut at next week’s central bank meeting. This coupled with a significant decline in iron ore prices on a reduced demand from China, have not done any favors for Aussie and we project additional weakness ahead for the higher yielding commodity currency. Our technical studies actually show the October market rally stalling out in a very good spot, just under the upper end of the daily Ichimoku cloud, to confirm that the pair is still locked in a broader downtrend. The recent highs just shy of 1.0500 make for an ideal medium-term lower top, with the market looking to carve out the next lower high below the previous lower top by 1.0765 from early September. A break and daily close back below 1.0315 should relieve immediate topside pressures and accelerate declines.

Elsewhere, the Yen continues to remain well bid, with USD/JPY recently posting yet another record low below 76.00. Although the dips have been shallow, retail positioning still shows an overwhelming ratio of long USD/JPY positions at over 13:1, which suggests there is still more weakness ahead. MOF Azumi has been on the wires but has failed to influence price action, while BOJ Shirakawa comments have had the same impact, with the market going nowhere after the central banker expressing reluctance to adopt further accommodative measures at tomorrow’s meeting.

Relative performance versus the USD on Wednesday (as of 11:30GMT)

Moving on, while the economic calendar is exceptionally light on Wednesday, investors will not be disappointed with the highly anticipated EU Summit expected to generate more than enough volatility with which to deal. Comments from EU Juncker of a “final and even ground breaking decision” have kept the Euro supported , but rallies have been equally well offered as market participants remain cautious. An FT article suggesting that the communiqué from the Summit will not announce a completed deal on Greek haircuts and will also not disclose specific numbers on EFSF expansion, could also weigh more heavily as the day progresses. Other news around the event includes an announcement from Beijing that it support EU efforts to deal with the crisis but the administration is unsure whether it will make an additional investment in the EFSF.

On the data front, UK CBI manufacturing orders were the weakest in a year coming in well below consensus estimates. Looking ahead, things pick up a bit in North America with US durable goods, new home sales and the Bank of Canada monetary policy report due. US equity futures and commodities are bid into North American trade. 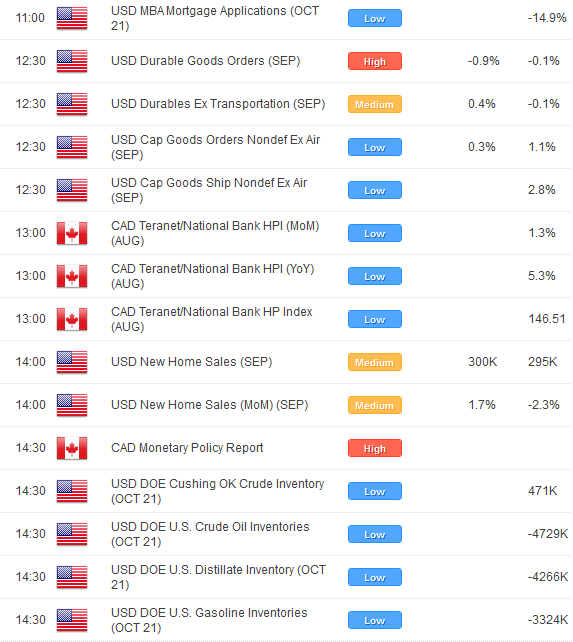 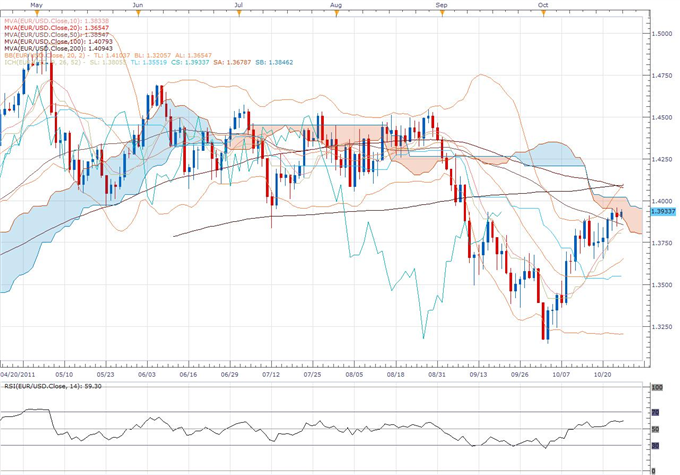 EUR/USD: At this point there are still no signs of let up, although we continue to classify the latest market rally out from 1.3145 as corrective. We contend that a fresh lower top will carve somewhere near current levels and will be on the lookout for a topside failure over the coming sessions. Rallies towards 1.4000 should therefore be aggressively sold, while back below 1.3820 would confirm bias and accelerate declines. It is worth paying attention to the daily Ichimoku cloud which shows the market still in a downtrend and stalling into cloud resistance. 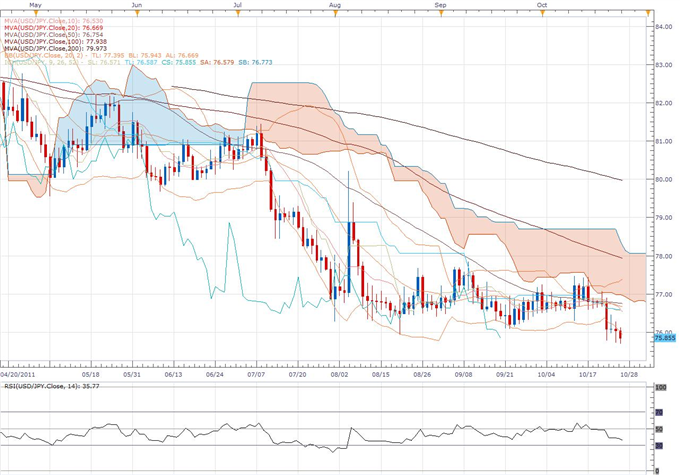 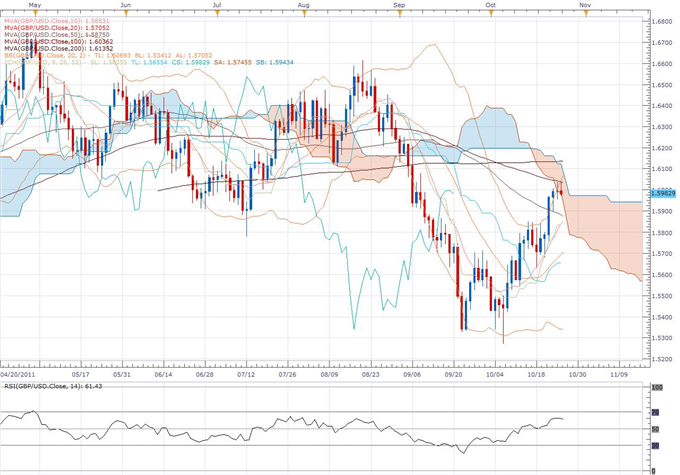 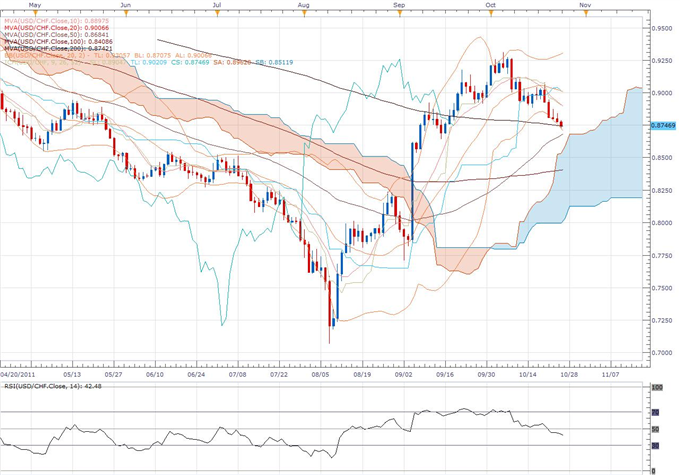