Currencies Expected to Remain Under Pressure; Buck to Benefit

As to be expected, the latest recovery rally in risk correlated assets has finally succumbed to the reality of an even more intense risk negative environment, with currencies and equities rolling over on Monday to open the door for renewed weakness and liquidation ahead. While the initial catalyst for the pullback in sentiment had come from German officials warning against any expectations for an all in fix from the latest proposed solution to the Eurozone crisis, setbacks have intensified as the focus shifts backs towards contagion threats.

Relative performance versus the USD on Tuesday (as of 11:35GMT)

The most recent development has come from Moody’s, with the ratings agency warning that it could very well downgrade its outlook on France. This certainly would be a significant blow to the Eurozone and would make it all the more difficult for the region to attempt to mount a legitimate recovery. The key statements from the Moody’s annual credit report on France were the following: 1) "However, Moody's notes that the government's financial strength has weakened, … crisis has led to a deterioration in French government debt metrics -- which are now among the weakest of France's Aaa peers." 2) "The deterioration in debt metrics and the potential for further contingent liabilities to emerge are exerting pressure on the stable outlook of the government's Aaa debt rating."

The Moody’s news could very well continue to weigh on sentiment throughout the day, and yet, there are still some other things going on which do not bode well for the higher yielding currencies. We have often warned of a third phase of the global recession which has yet to fully materialize. In our opinion, we still see risks of the crisis spreading east into China, to also expose other Asian and emerging market economies. The latest data out of China further supports our view after Q3 GDP came in worse than expected to show the slowest growth in two years. China’s NBS has further commented that the country should maintain stable economic policies in light of increasing uncertainties at home and abroad. Meanwhile, in Australia the RBA has released its latest Minutes which were certainly on the more dovish side, falling just short of actually discussing a rate cut. The central bank did however open the door for an easier monetary policy stance after highlighting that any signs of more contained inflation would increase the scope for accommodation.

Elsewhere, German ZEW data was a good deal softer than expected, while Greek and Spanish auctions also disappointed. Over in the UK, news was also not well received, with the Bank of England being put in an even more difficult position after inflation came in higher than expected.

Our technical outlook aligns well with the sentiment expressed above, and although we have seen sizable rallies across most of the major currencies against the buck over the past several days, the price action is classified as corrective, with a fresh higher low sought out in the US Dollar ahead of the next major upside extension. Monday’s low in the US Dollar Index could therefore be a significant bottom. Looking ahead, US PPI and TICs data will be the key focus in North American trade. US equity futures and commodities consolidate their latest moves. 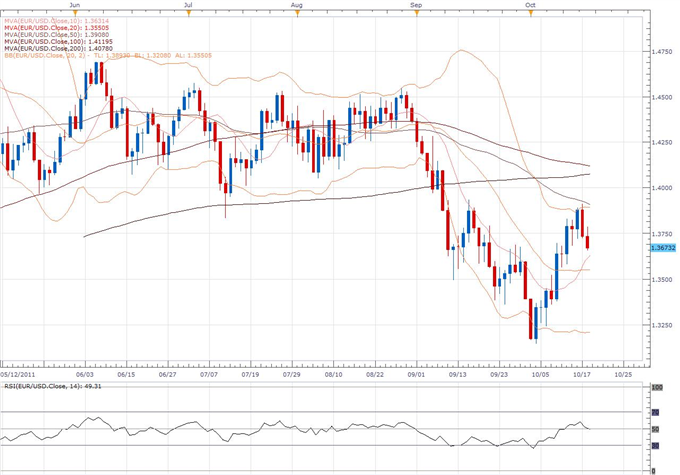 EUR/USD: Rallies have finally stalled out just over 1.3900 and ahead of 1.4000, with the market putting in a strong bearish reversal day on Monday. From here we see risks for the formation of a fresh lower top by 1.3915 ahead of the next major downside extension back towards and eventually below 1.3145. Look for a break and daily close below 1.3720 on Tuesday to confirm outlook and accelerate. Back above 1.3915 delays. 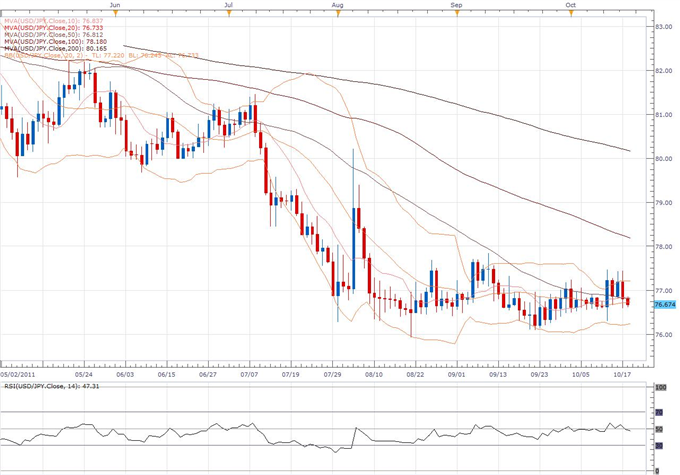 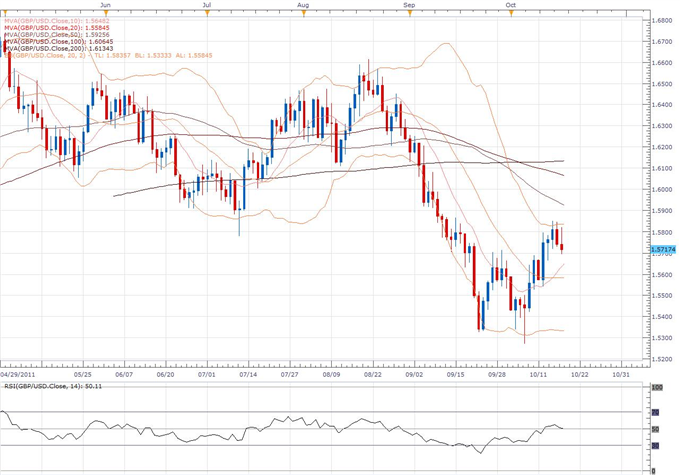 GBP/USD: The market has been well bid since breaking the neckline of a double bottom at 1.5715, with rallies extending into the 1.5800’s thus far ahead of the latest minor consolidation. However, with the underlying trend still tilted to the downside, we see the risks for the formation of a lower top somewhere around current levels ahead of the next major downside extension below 1.5270. Look for a break and daily close back below 1.5720 to confirm bias and accelerate declines. A daily close back above 1.5900 delays. 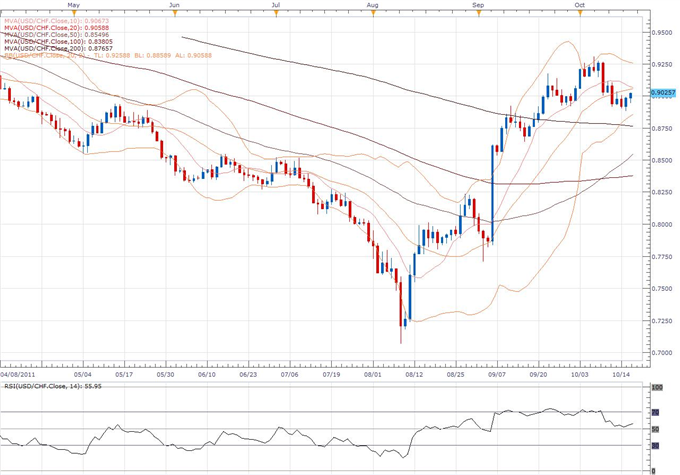