Any hopes for some form of a constructive resolution to the Eurozone and Greek debt crisis over the weekend, were sorely disappointed after the EconFin meeting failed to produce any significant results. The expectation that things need to get done, and fast, is incredibly high and so long as these expectations are let down, we should see a quick deterioration in sentiment. It is therefore no surprise to see the Euro and risk correlated currencies tracking lower into early Monday. Adding insult to injury have been comments from ex-IMF Director, Dominique Strauss Kahn who basically concedes that Greece will default on its debt obligations. Additional factors seen weighing on the markets have been UBS raised estimates of losses from unauthorized trades executed by rogue trader Kweku Adoboli. A WSJ article cites someone close to the story who says that French banks may be among the counterparties to the fake trades.

Relative performance versus the USD on Monday (as of 10:00GMT)

On the other side of the ocean, yet another WSJ article is gaining some traction early Monday after Jon Hilsenrath talks about the on goings at the Fed and future policy considerations. The article suggests that the Fed is more reticent than many might have thought towards its ultra accommodative bias, and failure to discuss QE3 or other radical stimulus measures should be all the more concerning to those in the dovish camp. At the end of the day it is very difficult to determine just where the chips will fall at the next meeting, but this article certainly does a good job of painting a picture which potentially could open the door for repositioning back in favor of the USD on a less aggressive accommodative central bank outlook.

Elsewhere, despite the uptick in risk aversion and flow of funds back into safe haven bids, the Yen tracks lower against even the buck, with market participants perhaps less inclined to be buying Yen on the news that the Japanese government is expected to unveil its interim plan to deal with the strong Yen early this week. It looks as though the government is now trying to consider the implementation of softer and less aggressive measures to weaken the local currency rather than resorting to aggressive intervention tactics. In our commentary from the previous week, we continue to like the idea of selling Yen aggressively at current levels, with the currency trading by record highs against the buck and due for a major cyclical reversal over the coming weeks and months. We do not see the lure of the Yen as a safe haven currency and anticipate that any additional flows into the currency from the recent measures taken by the SNB will be highly unwelcome.

All of this continues to translate into a highly favorable outlook for the US Dollar, which we expect will be the primary beneficiary from safe haven flows going forward. The Franc and Yen are no longer viable options and the ongoing deterioration within the broader global macro economy demands a flight to safety back into the highly liquid US Dollar. While the following argument isn’t necessarily relevant right now, we also see the US Dollar in a position to benefit on any upside reversal to global growth prospects, with the rebound in the global economy to likely force a material narrowing in yield differentials back in favor of the buck as the Fed looks to reverse its ultra accommodative policy.

Looking ahead, the calendar is exceptionally light in North America, with the only release coming in the form of NAHB housing due at 14:00GMT. US equity futures are tracking a good deal lower and point to an open of some 1.50% in the red. Commodity market price action is jiving well with familiar correlations and market themes with oil a good deal softer and gold managing to find some renewed safe-haven bids. 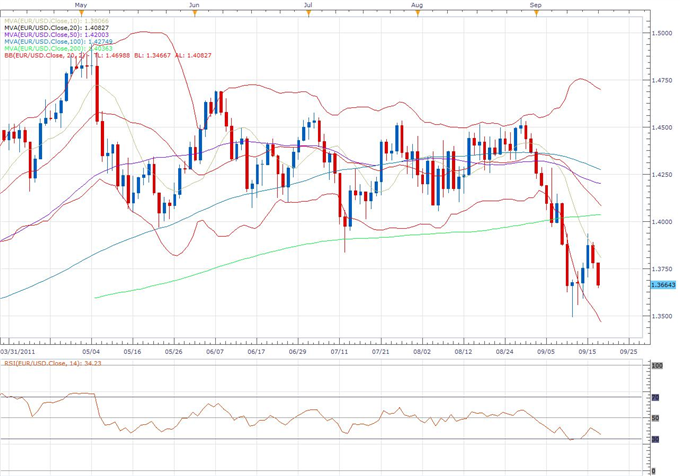 EUR/USD: The sharp pullback below the July lows and establishment below the 200-Day SMA solidifies the prospects for the carving of a major lower top on the monthly chart which now ultimately projects additional declines down towards the 1.2000 area over the coming weeks and months. The latest inter-day rally off of the 1.3500 area lows has stalled out within our projected lower top region between 1.3835 and 1.4055 and a break back below 1.3500 will confirm the lower top at 1.3940 and accelerate declines down towards 1.3000. Ultimately, only back above 1.3940 delays outlook and gives reason for pause. 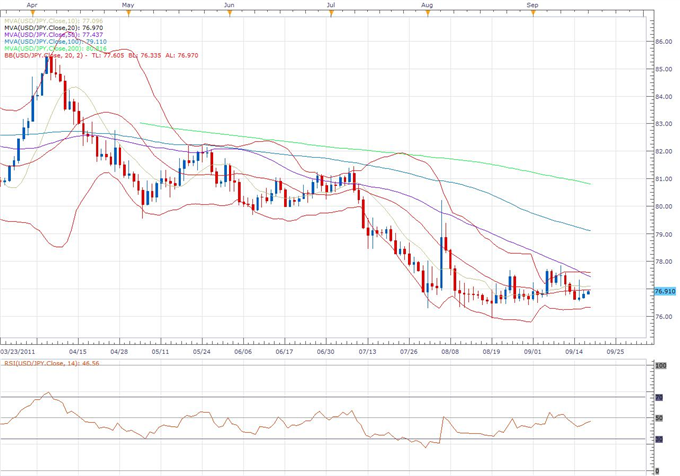 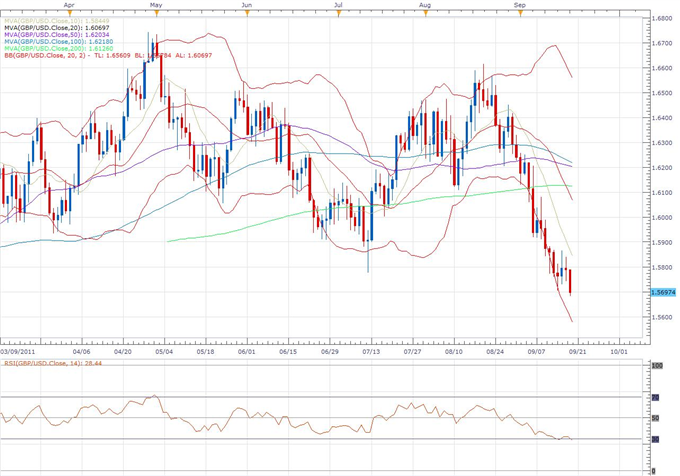 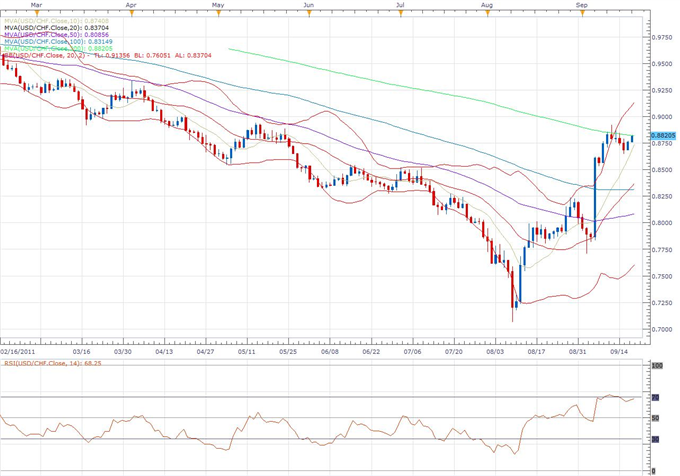