The detracted attention from the Eurozone on Tuesday was well appreciated after regional markets had been getting slammed on an overall deterioration within the local economy. The SNB announcement to aggressively intervene on behalf of the Franc in an effort to prevent further appreciation in the currency resulted in some unprecedented one day moves, with the Franc selling off by over 8% against many of the major currencies in a matter of minutes. However, it seems as though the storyline is now fading just a bit, with the more dominating and broader theme of Eurozone financial market stress coming back into the picture.

Relative Performance Versus the USD on Wednesday (as of 10:30GMT)

The decision by the German court that Germany’s participation in the bailouts was not a constitutional violation certainly helped to give the Euro a temporary boost intraday, with the news mitigating fears over any potential delays in the bailout going forward. Germany’s Merkel came out in strong support of the decision and emphasized the need for unity and a defense of the Euro, with the currency representing more than just a common monetary zone. Merkel also added that Germany could not thrive without a healthy EU. Also seen propping the currency intraday was a much better than expected German industrial production showing. Nevertheless, the broader distress over the health of the Eurozone economy and banking sector could not be ignored, and ongoing fears of contagion continued to result in reduction in exposure to the beleaguered currency. Any rallies above 1.4100 in European trade were met with very solid offers and the pressure clearly remained on the downside despite a notable recovery in global equity prices. Elsewhere, in the UK, industrial production numbers were released and produced a much weaker than expected result. While all major currencies were seen slightly higher against the buck into the North American open on some corrective buying, Sterling was the standout underperformer on the back of the weaker data.

The Australian Dollar on the other hand was the outperformer and managed to find some renewed bids out from its sub-1.0500 weekly lows. A better than expected GDP result helped to propel the currency higher by some 1% on the day and market participants continued to favor the antipodean as a viable alternative in a backwards market environment where safe haven currencies are no longer attractive and the higher yielding currencies are considered the new safe haven option. Still, we have a hard time digesting this logic and see the Australian Dollar at risk for further depreciation over the coming weeks and months. While GDP was indeed better than expected, the overall impression of the Australian economy in recent months has been less than formidable, and economic data is still showing signs of further deterioration. Other data released on the day is a testament to this fact, with Aussie performance of construction coming in on the softer side as the data series continues to contract. The Housing Association in Australia is also sending a much less positive message and has been urgently pressing the government for stimulus measures in an effort to prevent a major decline in building activity.

Elsewhere, the Yen has been able to find some welcome offers against the buck, albeit marginal, following the massive wave of CHF depreciation on Wednesday. However these setbacks are far from encouraging for local officials who would welcome a more significant depreciation in the currency which trades just off record highs against the US Dollar. As expected, the Bank of Japan has come out on Wednesday leaving its call rate unchanged at a range of 0-0.10%, while refraining from adopting additional easing measures. The policy decision brings with it nothing new or enlightening, although the central bank does mention the ongoing global uncertainties with specific reference to US and Europe debt problems. Newly appointed FinMin Azumi has also offered nothing exciting in terms of potential market moving comments after saying that he is “watching FX moves with interest.” It appears thus far that Mr. Azumi’s stance on the Yen and potential intervention is far less Yen bearish than his predecessor who had been more comfortable threatening of the potential for official action.

Looking ahead, Canada take the spotlight in North America with the Bank of Canada set to decide on rates. Markets are expecting no change to interest rates which currently reside at 1.00%. The Fed’s Beige Book will be the key US release, while on the official circuit, Fed Evans and Fed Williams are on the docket. US equity futures and oil prices have been tracking moderately higher, while gold is under decent pressure into the European open. 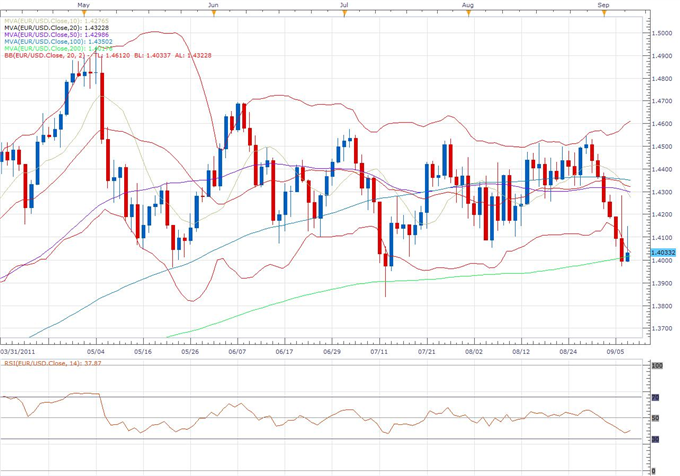 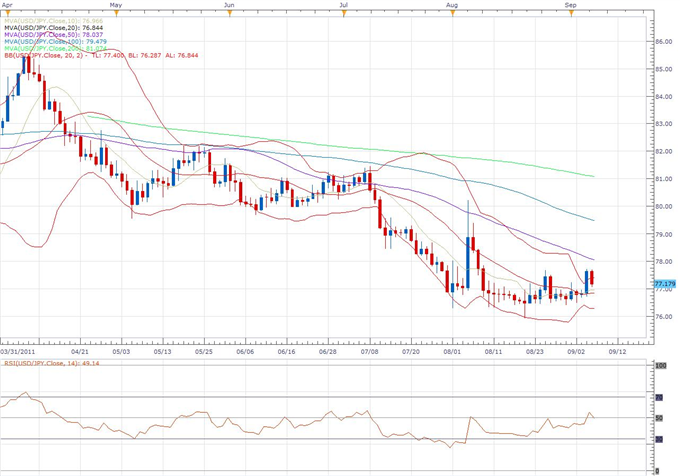 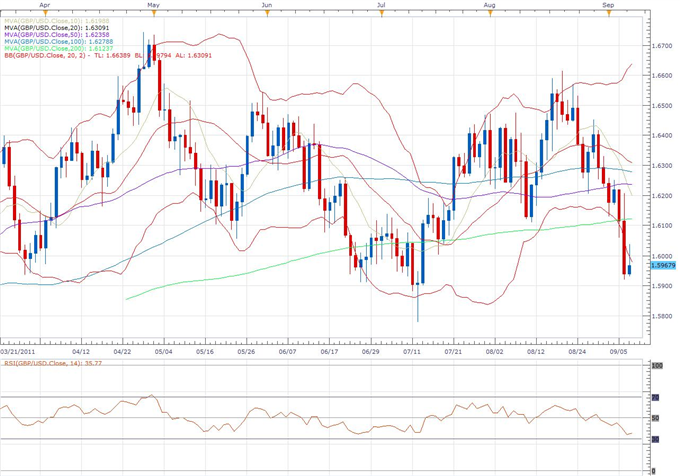 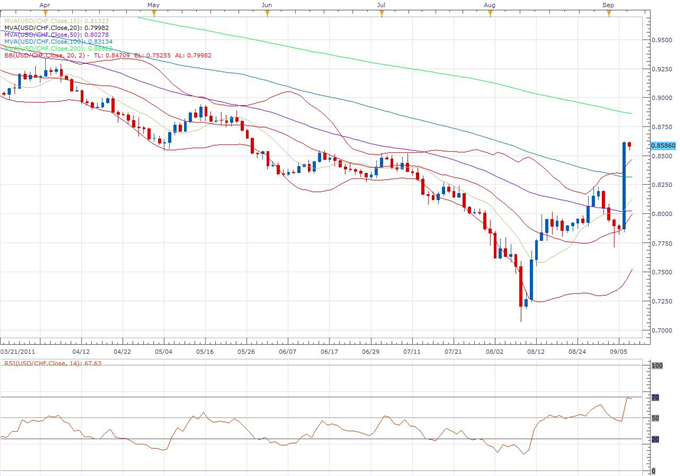