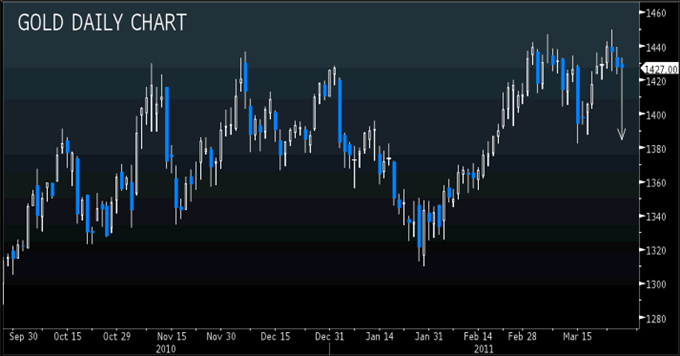 Despite all of the gains in the Euro last week, the market still managed to fail ahead of the key November highs by 1.4280 and closer lower on the week to result in an early break below the previous weekly low already this week. This ends a sequence of 5 consecutive weekly higher lows and could warn of deeper setbacks ahead.

The loss of German Chancellor Merkel’s power in Baden-Wuerttemberg weakens her authority on some key issues, including the amount of support Germany will provide to the indebted Eurozone nations, and with Portugal facing intense pressure for an EU/IMF bailout, Portuguese banks being downgraded by S&P, Irish banks expected to unveil massive losses, and the Spanish cajas in need of raising Eur15B, this should not help the Euro’s cause. Additionally, there is still a good deal of uncertainty surrounding the Japanese nuclear contagion threat, and this is not seen helping matters for the somewhat risk correlated Euro.

Elsewhere, the Pound remains under pressure and is contemplating establishing itself back below 1.6000, with more sellers seen into the new week after the Bank of England’s Posen said that he expected inflation to fall back into next year. This follows some bearish GBP developments in the previous week which included a more dovish Bank of England Minutes and much weaker than expected UK retail sales. Ultra hawk Bank of England member Andrew Sentence may have helped to slow some of the GBP selling after reiterating his view that rates should be hiked.

Meanwhile, Fed Bullard has been giving USD bulls something to hold on to after coming out quite hawkish over the weekend. The Fed official said that if the US recovery was as strong as he thought, it would be reasonable to send a signal to markets that the Fed would start withdrawing its stimulus and begin the process of reversing monetary policy. Bullard added that higher oil prices were not derailing the recovery and that the sequence of the Fed exit strategy would be to sell off all its assets, change the pledge to keep interest rates near zero, and then finally start to raise interest rates. 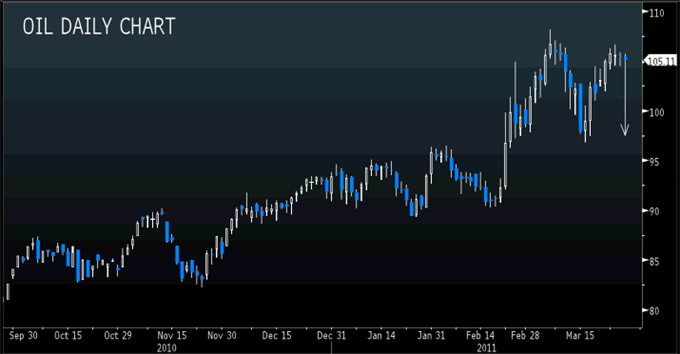 Moving on, we continue to be quite taken aback with the outperformance in the commodity bloc despite all of the above, and remain quite bearish going forward. Part of the relative strength in these currencies has undoubtedly come from surging oil and gold prices, but we feel that both oil and gold are at risk for some major short-term corrective selling. Both commodities are showing signs of topping and the risks from here are for a gold pullback towards $1382 and oil reversal towards $97. Should we see these market reversals play out, we would expect this to filter into the FX market and weigh on Aussie, Kiwi and Cad over the coming days.

The Australian Dollar had been outperforming on Monday with a lot of M&A related talk making the rounds relating to a UK bank considering the purchase of an Australian financial institution. This opened a move above 1.0300 barriers and to post-float record highs by 1.01315 before some intraday profit taking kicked in. Finally, the Swiss Franc managed to mount a bit of a recovery from its lows on the day after the IMF came out with an upbeat outlook for the Swiss economy and recommended tighter monetary policy from the SNB.

Looking ahead, things should heat up in North America following an empty European economic calendar, with personal spending, pending home sales and various Fed officials slated to speak. US equity futures are flat while commodities are tracking slightly lower into the North American session. 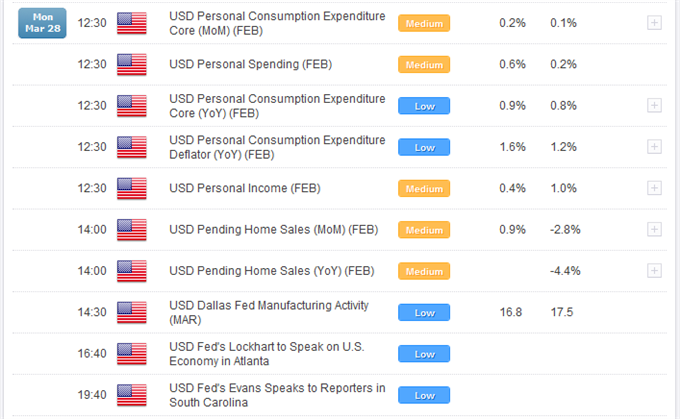 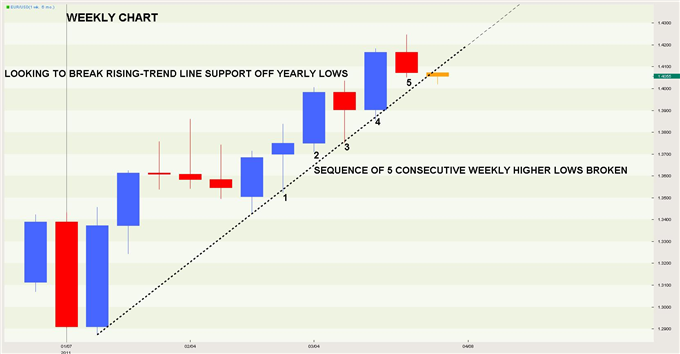 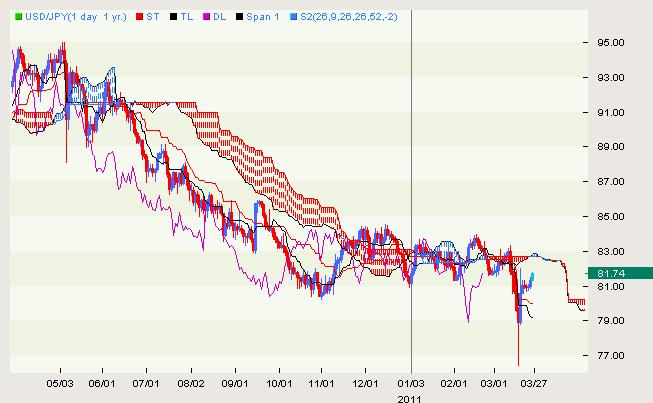 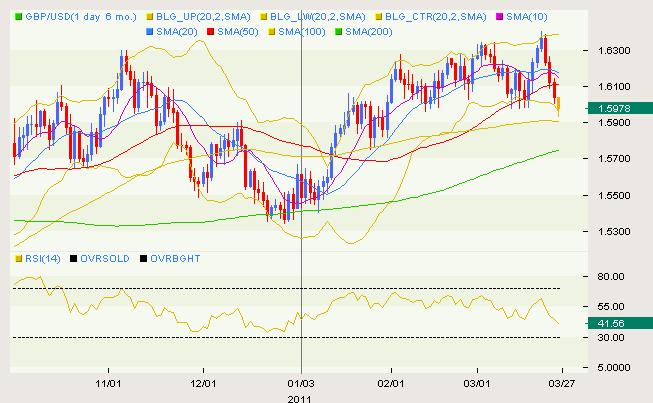 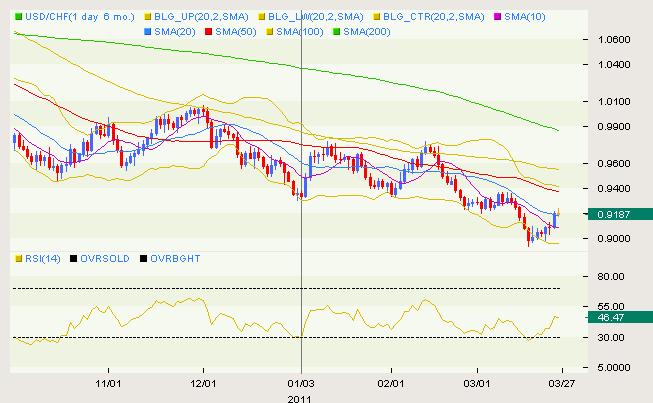 USD/CHF: The latest break to fresh record lows below 0.9000 (0.8910) is certainly concerning and threatens our longer-term recovery outlook. Still, we do not see setbacks extending much further and continue to favor the formation of some form of a material base over the coming weeks for an eventual break back above parity. Look for the market to hold above 0.9150 on a daily close basis, while back above 0.9370 will officially confirm reversal prospects and accelerate gains. Only a break and weekly close below the recent record spike lows at 0.8910 ultimately delays outlook.

The pound has been a major loser on news of Gbp/Aud M&A rumours (a UK clearer buying an Australian bank). Offers led by exporter types in Usd/Jpy while a Japanese account has led demand. Sellers in Cable include model and fund accounts along with a US prime name.