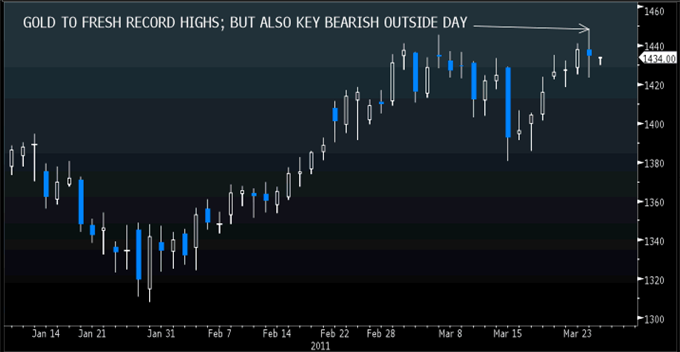 The relative strength seen in the Euro and commodity bloc currencies remains quite impressive despite some risk negative market themes stemming from geopolitical uncertainty and Eurozone peripheral deterioration. Libya, Japan and Portugal are all still making headlines, and yet the Euro is threatening a break to fresh multi-month highs beyond 1.4280, while the Australian Dollar contemplates a move to its own post float record highs above 1.0250.

Relative Performance Versus USD Friday (As of 11:30GMT)

It seems as though the fallout and flows from the previous week’s massive coordinated central bank intervention to weaken the Yen are playing their part, and could be one of the factors influencing a rally in some of these currencies, despite what might appear to be unfavorable fundamentals. As far as Aussie relative strength is concerned there has also been a good deal of talk relating to some positive M&A related flows, while the Euro has reportedly found some of its relative strength on a buy recommendation from a well know US bank.

Meanwhile, the Pound stands out as an across the board underperformer after getting slammed on Thursday following a much weaker than expected UK retail sales print. The heavy Pound related selling opened some notable moves in cross related price action, with Eur/Gbp more than doubling its daily average true range and exploding back above critical topside barriers at 0.8800 to threaten a break of a major downtrend from 2009. With the Australian Dollar moving in one direction and Sterling in the other, it was also no surprise to see a major drop in the Gbp/Aud rate.

Elsewhere, we have been seeing some relative weakness in the more traditionally well bid Franc and Yen on Friday. While the Yen price action is more flow driven, the revelation from the latest SNB quarterly bulletin that inflation is in check has been seen influencing the Franc selling.

More broadly speaking, while there continues to be very little in the way of any specific fundamental catalysts for the push higher in many of the major currencies against the Greenback in recent trade, it is quite evident that there is a strong presence in the market of buyers on any form of a USD dip. We have already cited the previous week’s coordinated central bank efforts as a potential driver, but would also continue to attribute these flows to an ongoing need for reserve manager diversification away from the US Dollar.

Still, there are some developing stories which could benefit the buck going forward, and one of them is the Home Investment Act in the US, which ultimately could result in a massive repatriation of overseas monies back into US Dollars. Market participants should also be well aware of the ongoing geopolitical risk and escalating violence in the Middle East, and this in itself could inspire some currency selling and profit taking ahead of the weekend. As a side note, it is also worth noting that famed investor Warren Buffet has been on the wires saying that a Euro collapse would not be unthinkable.

Looking ahead, US GDP data and Michigan confidence highlight the North American session, while a number of Fed speakers are also worth watching. US equity futures are tracking moderately higher ahead of the North American open, while commodities are only marginally bid, but consolidate off key levels. However, despite fresh record highs in gold on Thursday, the market still managed to put in what could be a very key bearish outside day. The risk/reward of selling gold at current levels becomes highly compelling in our opinion. 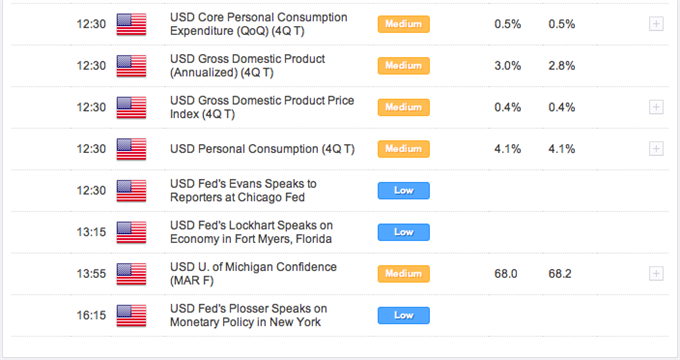 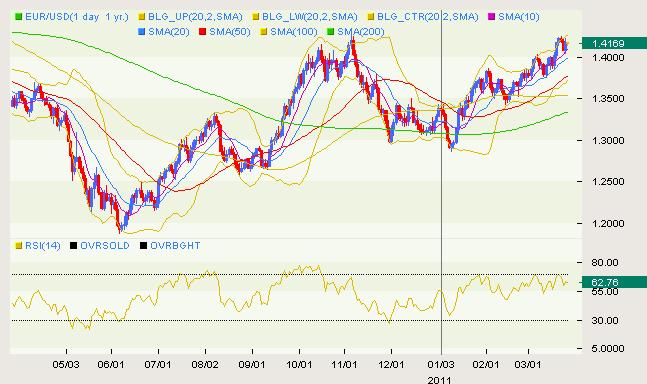 EUR/USD: The market has stalled out for now ahead of the key November 2010 highs by 1.4280 and is in the process of consolidating. At this point, the price action can only be classified as a bullish consolidation and ultimately, only a break back below 1.4050 would threaten this structure. In the interim, look for a fresh higher low to carve out, in favor of the next upside extension beyond 1.4280. A daily close back below 1.4050 delays. 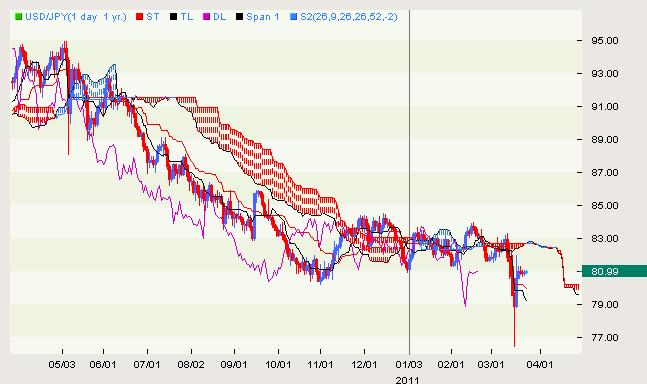 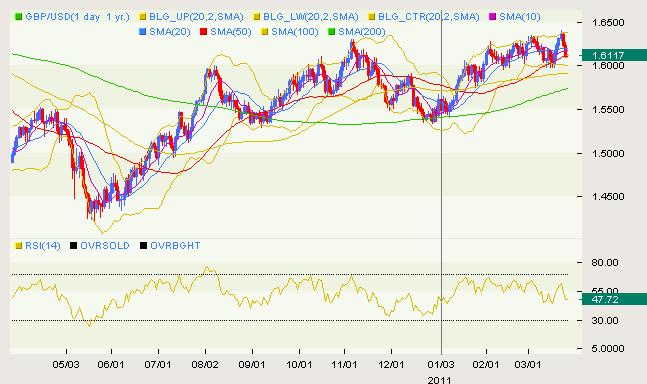 GBP/USD: The 1.6300 handle continues to be a difficult obstacle for bulls, with the market unable to hold above the figure for any meaningful period of time. As we had warned in the previous daily analysis, the market has once again rejected trading above the figure to set up a bearish reversal exposing deeper setbacks into the 1.5700-1.6000 area over the coming sessions. Ultimately, only back above 1.6400 delays. 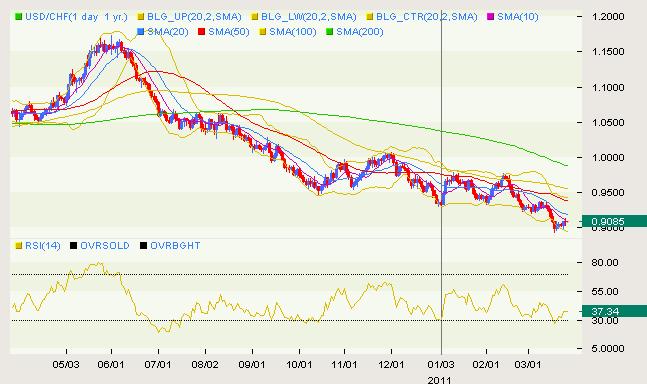