Razor Thin Price Action Devastates Short-Term Positions; Back to Square (Minus) One

The price action over the past several hours in the Yen and Swiss Franc has been intense and violent and has undoubtedly shaken many including ourselves. But with every great setback comes even greater opportunity and we are very excited with the opportunity that is now in front of us, and will be looking to take full advantage…

With every great setback comes greater opportunity, and while the volatility in the markets this week has ultimately damaged our portfolio, we are also in some ways excited with the outlook for the remainder of the year as we see this as an opportunity to now build into a core longer-term position. The exits from our short-term Yen and Swiss positions several hours back on the violent market move has set us back to -1.37% on the year, but we have been looking at both the Yen and Swiss for some time on a longer-term basis and are excited with the idea of building a sensible longer-term position at current levels. We have opted to play our position through the Franc right now, with a core long position established at 0.9025 (we bought another 10k at 0.9000 following our earlier 0.9050 purchase), and stop-loss currently on a daily close basis below 0.8749.

Relative Performance Versus USD Thursday (As of 11:00GMT)

The position is using leverage of only 2X and because we are now looking to build into a core position, we will also look to take advantage of any dips below 0.8900 to attempt to build further into the position (potentially up to 3 more times at 10k increments). We will also use the stop-loss as a guide and have not defined it as a hard level as this becomes a different type of play. We will continue to provide updates as usual with the position and recommend that you leave a good deal of room for this position to play out and conservatively assume that the market may trade to and below the 0.8750 area 9potentially down to 0.8500 area). This is not a position that should be leveraged aggressively and no positions I have recommended in my portfolio have used any leverage at all to this point.

Any time we see such short-term violent moves, it is essential that we take a deep breath and pull back to look at the longer-term picture to gain a better perspective. On a longer-term basis, the 0.9000 level in USD/CHF is extremely attractive on a cyclical basis, with the market trading by record lows and heavily overextended. An analyst poll on Bloomberg which provides projections for the major currencies has the low end of estimates in USD/CHF at 0.9100 over the next 2 quarters. Again, this is the low end of estimates, while the median is by the 0.9700 figure. Of course, given this latest price action, we may see some downward revisions to these projections, but clearly on a longer-term basis, the markets do not believe in a USD/CHF rate much lower from here.

We have also argued in recent days that any safe-haven lure of the Franc should start to be offset by re-hashed concerns from Swiss central bankers over the strain of an excessively strong currency on the local economy. We have already seen the SNB attempt to be quite active on this behalf in recent months, and while those attempts proved to be futile, it does not mean that we once again won’t see the SNB start to make some noise.

We are very strong believers in mean reversion, and even a look at the daily chart shows the shortest-term relevant moving average in the form of the 10-Day SMA trading over 200 points above current levels (0.9000). For now it again becomes a question of being able to weather the storm. The only way to be able to weather the storm is to be appropriately provisioned and prepared to handle the worst case scenario. If we look at things like that, then we should have a much greater chance at success and mental clarity.

Now that the bad is out of the way and we have outlined the downside, let us now talk about the potential upside. In our opinion, this market should now start to carve a very meaningful longer-term base, and from here we project an eventual break back above parity over the coming weeks and months. Once the market pushed back above parity, we believe that longer-term Swiss bulls will look to exit their positions and this will force an even greater acceleration towards the 1.1000 area. Even in the worst of scenarios, the maximum total risk to this longer-term core position is now right around 10% of total equity. As such, the risk/reward (2:1 or greater given leverage) at current levels becomes highly compelling, and we very much look forward to seeing how this plays out.

Looking ahead, there are a number of important data releases in the North American session, with US CPI standing out as the key release. However, as has been the case this week, we would expect to see broader global macro themes and flows to continue to dominate price action. US equity futures and gold prices are moderately higher, while oil is up some 1.50% ahead of the North American open and contemplates a break back above $100. 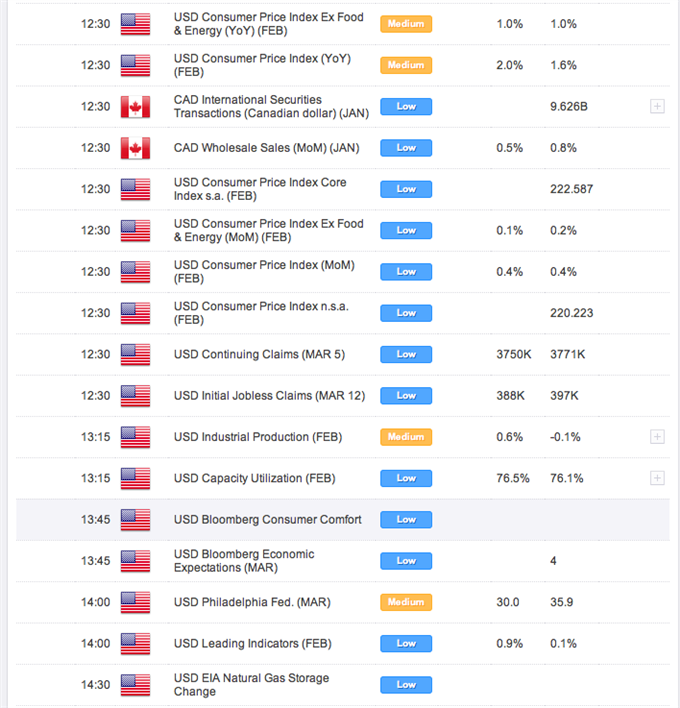 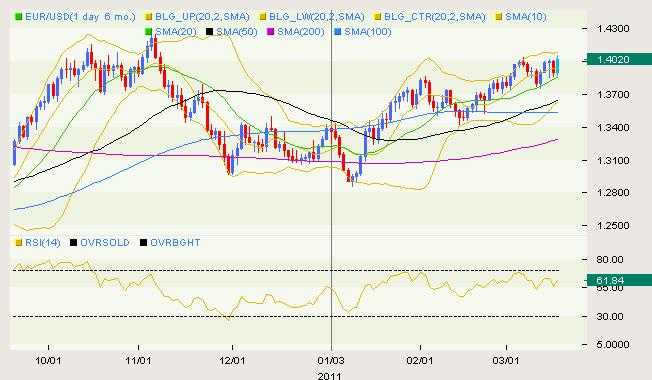 EUR/USD: The market remains very well bid on dips to delay and even potentially negate any hopes for a double top formation on the daily chart. The latest break back above 1.4000 has threatened bearish reversal prospects and now opens the door for a fresh upside extension towards next critical resistance by 1.4280 further up. A daily close above 1.4000 will all but solidify the bullish momentum, while another topside failure above 1.4000 will once again warn of deeper setbacks. For now, the best strategy is to take to the sidelines until a clearer directional bias presents. 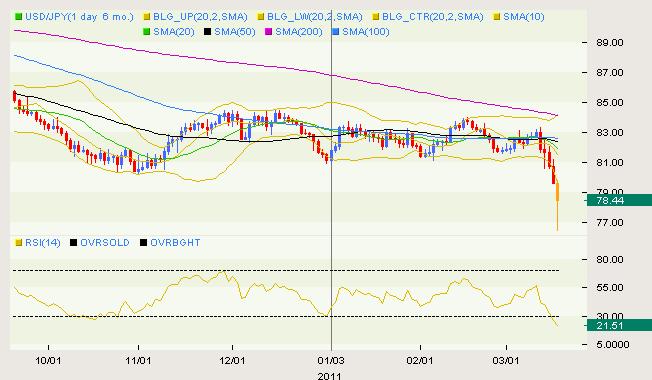 USD/JPY: The latest violent drop-ff to fresh record lows by 76.35 has been intense, with the market threatening a fresh longer-term downside extension below 80.00. However, given the nature of the move, we would not at this point categorize the downside break as anything significant that alters the medium-term outlook. For now, the sidelines are the best place to be and we will look to see where the market closes this week to gain a clearer perspective. A weekly close below 79.00 might open a retest of the 76.35 spike lows, but any additional declines below 76.00 are seen limited. Back above 81.20 is required to take the immediate pressure off of the downside. 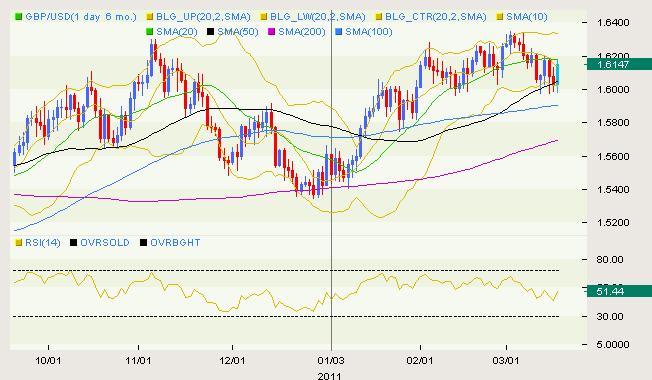 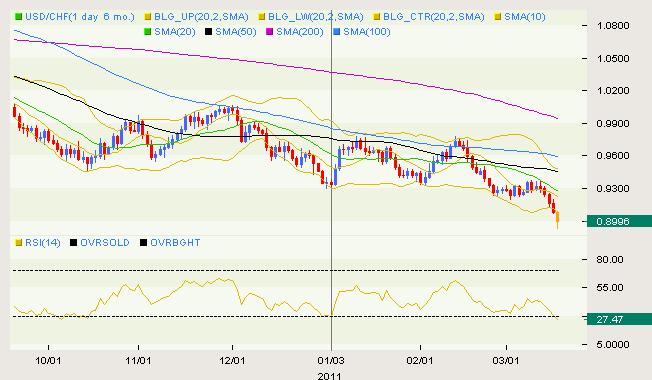 USD/CHF: The latest break to fresh record lows below 0.9000 is certainly concerning and threatens our longer-term recovery outlook. Still, we do not see setbacks extending much further and continue to favor the formation of some form of a material base over the coming weeks for an eventual break back above parity. Look for a break and close back above 0.9370 to confirm outlook and accelerate gains. Only a break and weekly close below the recent record spike lows at 0.8910 ultimately delays outlook.

The one-cent plus gains in Cable were led by an ACB on the bid with a real money accounts trying to cap the upside. A US prime name along with real money types led the break of 1.40 in Eur/Usd, Middle Eastern and semi official accounts have been early buyers with a US bank of the offer. Various names on the offer in Aud/Usd.