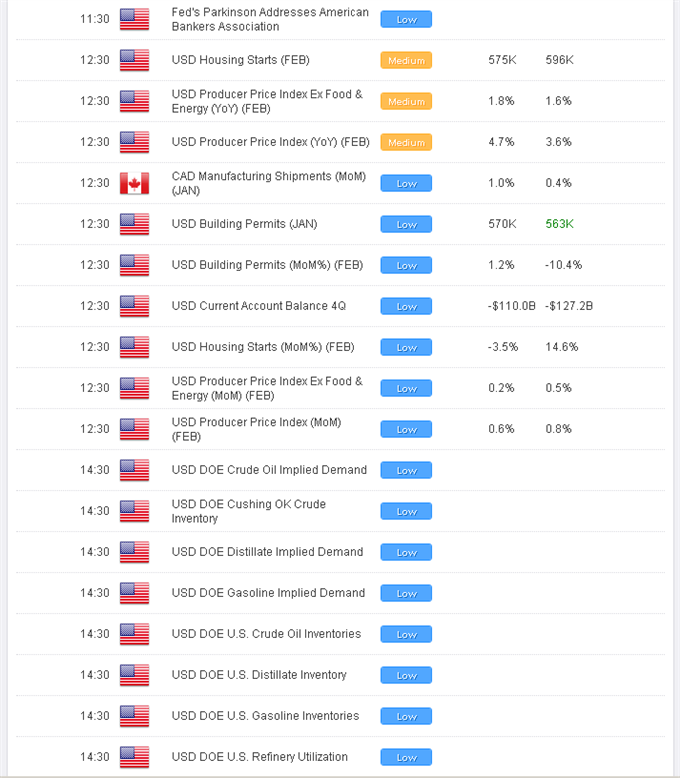 What's Up with the Euro? Remains Well Bid Despite Weighing Developments

With all that is going on in Japan, investors seem to be paying less attention to the Eurozone, with the latest Moody’s downgrade of Portugal’s sovereign debt rating by two notches to A3, subsequent weaker than expected bond auction, and downbeat comments from the ESFS’s Regling, failing to materially weigh on the Euro. The market was very well bid in the North American session on Tuesday and managed to mount a sharp recovery out from the 1.3850 area lows back above 1.4000 into the NY close. It seems as though whatever the case, there are some very serious buyers of the Euro on any form of a dip, and these bulls are intent on seeing additional gains in the single currency towards the critical November 2010 peak by 1.4280. However, we remain skeptical, and continue to see risks to the downside from current levels.

Relative Performance Versus USD Wednesday (As of 10:50GMT)

The news over the past few sessions has been from Euro supportive, with the panic and fallout of nuclear contagion from the Japanese natural disaster and a much weaker than expected German ZEW survey failing to keep the Euro down. The highly anticipated FOMC rate decision was also not very Euro supportive or at least not USD bearish, with the Fed leaving policy on hold as was widely expected and shifting the tone of their outlook to the more upbeat side. While the “exceptionally low” rates for an “extended period” language was left in the monetary policy statement, the Fed also said that the economic recovery was on “firmer footing” while the labor market appeared to be “improving gradually.”

Developments in Japan on Wednesday have not been any better, with news of another 6.0 magnitude earthquake hitting east Japan, and local papers reporting that workers at the Fukushima nuclear plant had been ordered to evacuate due to a rise in radiation levels. The Yen remains well bid on the massive repatriation flows (Y5 trillion so far) for now, with USD/JPY very close to posting a fresh record low below the Kobe earthquake record lows at 79.75 from 1995. So why is the Euro still so well bid?

To be quite honest, I am not too sure and can only attribute these flows to an ongoing expectation that interest rate differentials will continue to widen in favor of the Euro, and that there is a very strong need for a broad based diversification away from US Dollars so that countries’ reserve portfolios can be more appropriately balanced. This therefore translates into the need for these major players to sell USDs and buy currencies on any form of a dip, irrespective of shorter-term fundamentals and current geopolitical risk and uncertainty.

Otherwise, there is really no excuse for the Euro to be so well bid in the current market environment. While we would not expect to see the Euro as offered as some of the higher yielding commodity currencies which are more at risk in an uncertain environment, we would also not expect to see the Euro so well bid. Certainly, the latest EU agreement is a net positive for the Euro, but there is still a great deal of uncertainty surrounding the agreement and even ECB Trichet has come out questioning the effectiveness of the arrangement. Today’s CPI numbers out of the Eurozone should also not serve to prop the currency with the numbers coming in on the whole slightly softer than expected (Y/Y core lower than consensus) .

To us, this should all be a recipe for a much lower Euro rate against the buck, and we are quite amazed with the relative outperformance. Still, markets will do what markets want to do, and as much as we might think or feel that the Euro is overvalued at current levels, it ultimately makes no difference if the market wants to see the currency higher. Perhaps we need to see some really solid Euro data and supportive news for the region to ultimately knock the currency off its pedestal. That would make sense right?

Elsewhere, the Swiss Franc continues to post fresh record highs against the buck, with USD/CHF now trading below 0.9200 and threatening a break towards major psychological support by 0.9000. We had taken a shot to fade the Franc strength on Tuesday by buying USD/CHF at 0.9179, but soon exited the position at cost after the market showed no follow through. Still, we are of the opinion that the Franc will not be able to sustain this intense rally, and that the strength in the currency will once again start to weigh heavily on the Swiss economy and force some form of a response from the SNB. While the current market environment is certainly safe-haven friendly and therefore Swiss friendly, we do not like the idea of buying Francs at current levels as the risk for some form of a currency adjustment seem to be greater than the potential for additional safe-haven bids.

We would even go as far to say that even in the event of additional risk aversion and global uncertainty, the Franc could start to come under pressure in light of where the currency trades and the impact it could have on the local economy. We already know that despite its low yielding status and use to fund higher yielding investments, the Yen is no safe-haven currency, and this once again brings us back to the US Dollar as the clear choice in our opinion. But once again, our opinion means nothing and market will do what market want to do.

The Euro has looked like it wanted to maybe consider the possibility of a double top on Tuesday before reversing sharply and seriously compromising this outlook, and we will need to see a bearish close on Wednesday and break back below 1.3750 for this scenario to have any chance of playing out. Meanwhile, Cable is back under pressure on the broader USD rebound in Europe, but has been finding some relative strength versus the Euro on the back of a much better than expected UK jobless claims change.

Looking ahead, the North American calendar is quite busy on Wednesday, but most of the data is classified as secondary. The key releases come in the form of US producer prices, and housing starts. We would also watch the Canada manufacturing shipments release as data of late has been softer of late and could pressure the Loonie. US equity futures are tracking lower, while oil is recovering and gold is moderately higher. 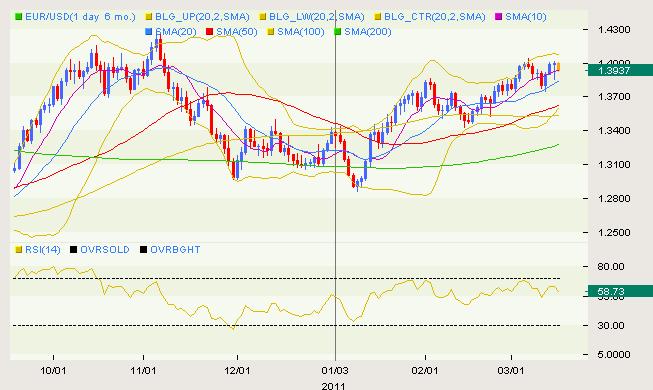 EUR/USD: The latest topside failure above 1.4000 and ahead of 1.4035 is significant and inability to establish back above the psychological barrier opens the door for a potential bearish trend reversal in favor of the USD. Tuesday’s intense recovery rally certainly threatens this outlook, but a bearish close on Wednesday will once again shift the momentum back in the USDs favor and open the door for deeper setbacks and a potential double top on the daily chart. However, a break and close back above 1.4000 will negate and open the door for a fresh upside extension towards critical resistance by 1.4280 from November 2010. 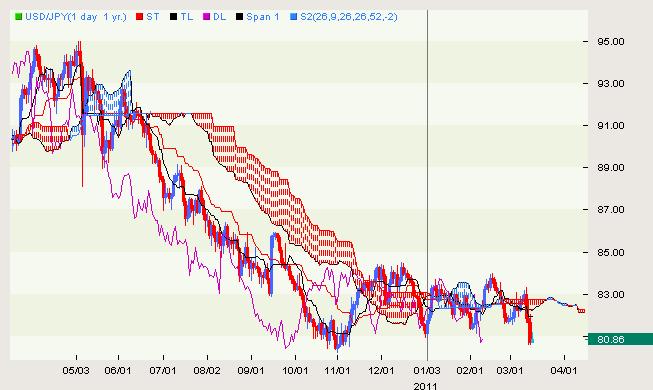 USD/JPY: Overall, nothing has changed as of yet, with the market still locked within a well defined multi-week range between the 80.00-85.00 area. The latest sharp setbacks have once again been well supported ahead of 80.00, to leave the range very much intact for now. The record lows come in by 79.75 from 1995, and we continue to see the more medium and longer-term risks to the upside, with the market trading just off these record lows. Still, we are now on the sidelines and will wait for a sustained break back above 84.50 or below 80.00 for a clearer directional bias. 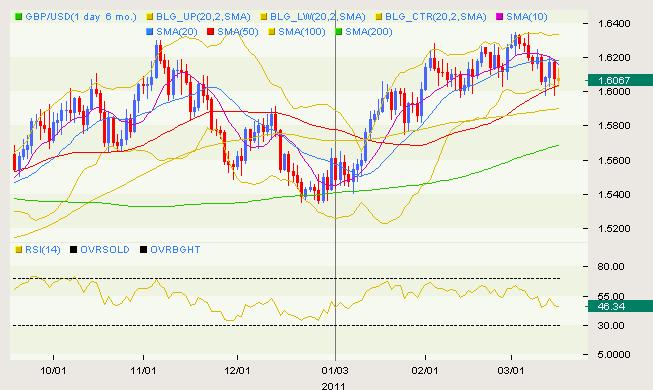 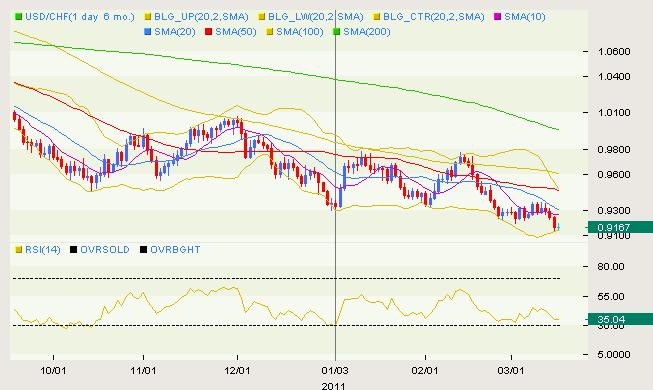 USD/CHF: The latest break to fresh record lows below 0.9200 is certainly concerning and threatens our longer-term recovery outlook. Still, we do not see setbacks extending much further and continue to favor the formation of some form of a material base over the coming weeks for an eventual break back above parity. Look for a break and close back above 0.9370 to confirm outlook and accelerate gains. Only a break and weekly close below critical psychological barriers at 0.9000 ultimately delays outlook.

Canadian and US names as well as model funds are among Usd/Jpy sellers. A sovereign name is said to have sold half a yard in Usd/Chf at 0.9180. Russian names have actively been buying Cable. Eastern European accounts and a triple-A account have worked to cap Eur/Usd gains. A Swiss name has been buying in Eur/Chf and Eur/Jpy.