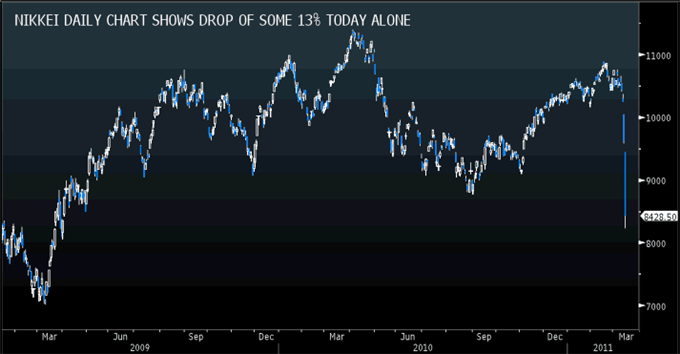 All of the attention in the early week has been on the devastation in Japan and the impact that the tragedy of the natural disaster is having on global macro sentiment. The latest comments from Japan’s PM that a “substantial amount” of radiation was leaking from a nuclear power plant has accelerated risk liquidation, with the local equity market (Nikkei) dropping by well over 10% on the day. Global equities are lower across the board as a result, and currencies are also under intense pressure against their safe haven cousins.

Relative Performance Versus USD Tuesday (As of 11:00GMT)

It comes as no surprise to see the higher yielding commodity bloc as the most exposed of the major currencies, with these currencies weighed down in order of yield. The Australian Dollar is the hardest hit on these themes and looks as though it could be in for some more relative weakness over the short, medium and longer-term. We had already been warning of significant weakness in this currency on softer fundamentals and a slower China, and this latest disaster in Japan only helps to accelerate these declines. The Australian Dollar which has been very closely tied to US equity performance tracks lower on the day by well over 1%, while US equity futures are down by well over 2% ahead of the North American open.

Meanwhile, the Yen is actually tracking a good deal higher on a combination of repatriation flows and high yield liquidation. However, as per our commentary in our Morning Slices report from Monday, “while trillions of Yen have been pumped back into the economy, there are still a number of questions that have yet to be answered and could ultimately weigh heavily on the Yen going forward. Our colleague, a well know currency strategist at a major bank outlines these points quite succinctly”:

“JPY buying is likely to be the immediate market reaction to the devastating earthquake. Unlike New Zealand, Japan has external assets which it can repatriate to finance rebuilding. The rebuilding means that there will be a period of extremely rapid Japanese growth which would be yen supportive. [However] the further out you look the bigger the question marks.As businesses decide to rebuild, they may decide to rebuild elsewhere. Yen strength already was inducing them to relocate. Now that there is additional capacity to replace, the foreign FDI expansion may accelerate. The uncertainty about the Japanese nuclear program and how any retrenchment would affect energy supplies may also on the margin encourage capital exports.

[Additionally], however necessary, the Japanese authorities are hardly starting from a position of fiscal strength in their rebuilding program. FX investors may expect the government to put enormous ongoing pressure on the BoJ to keep rates low for an extended period. Especially if the private investors are favoring FDI over domestic investment, the burden of recovery may fall on an already extended government.

If the net outcome is a lower business capital stock, more government spending and accommodative BoJ policy, a weaker yen would seem needed to crowd exports in. What is less clear is the timing in moving from the short term of capital inflows and repatriation to the longer term risks discussed above, and what guideposts will be in place to tell us that the transition is happening.”

Moving on, despite the latest rebound in the Euro above 1.4000, the single currency is also not immune to these latest developments and has pulled back a good deal on Tuesday as a result, with the market taking out Monday’s low and breaking a sequence of daily higher lows to set up a potential bearish reversal day. There is now some solid resistance just over 1.4000 and given this latest reversal, we would not rule out the possibility for the formation of a double top, to be confirmed on a break back below neckline support at 1.3750 over the coming sessions.

The Euro had been well bid on Friday and Monday after news broke that the EU leaders would agree to the German-France proposal that spelled out demands to guarantee greater economic and fiscal policy coordination. However, despite these efforts on behalf of the EU, we still do hold onto our core USD bullish view. While the progress made by the EU is certainly Euro positive on the surface, we would bring attention to the fact that Greek, Irish and Portuguese debt levels have remained elevated throughout the year, despite talk and assurances of some for of a deal. It seems that even with borrowing needs being met in these countries, market participants are still pricing in the risks for default.

Additionally. ECB President Trichet has been on the wires with criticism over the EU agreement and still feels that more needs to be done to correct weakness in the region. German ZEW on Tuesday has only added more fuel to the fire with the data coming in much weaker than expected. As such, we still feel that there are bigger issues at hand and there continues to be risks to the downside. We will continue to watch these peripheral bond spreads for a better indication of just how much confidence the markets really have with the latest developments. Surely the latest developments out of Japan do not help matters. Also out on the data fron and worth mention was a much softer than expected UK DCLG house price showing.

As far as strategy is concerned, we hold one open position at present in USD/CAD, and we are long from 0.9715 (we did however book profit on half of the position earlier today at 0.9903 while trailing the stop-loss on the remaining half to break-even at 0.9715). The market has shown some very encouraging follow through on Tuesday thus far, and the break back above 0.9800 (and 0.9900) helps to reaffirm our bullish outlook. We now look for a daily close back above 0.9800 for additional confirmation. Elsewhere, even with the Franc benefiting from the safe-haven flows, we are still attracted to the idea of selling the currency against the USD by record levels. We will keep a close eye on Tuesday and send out any trade alerts should we take action. At a certain point, we contend that the Franc will be exposed even in risk sensitive environments with the relative strength in the currency becoming too burdensome for the Swiss economy.

Looking ahead, we are not exactly sure how much today’s busy economic calendar will play into price action with broader global macro themes at play, but the FOMC meeting later today could very well spark some additional volatility. A more impressive showing from US economic data in recent weeks has prompted a US think tank to predict that the Fed will remove its “extended period” language, and this in conjunction with Pimco reducing its exposure of US debt to zero could be a source for additional US Dollar buying going forward. Lately, US Dollar rallies have been driven more by non-US factors, and we could soon see the Greenback start to benefit on its economy’s own favorable merits. US equity futures and oil prices are tracking lower by well over 2%, while gold is also weighed down by over1% into North America. 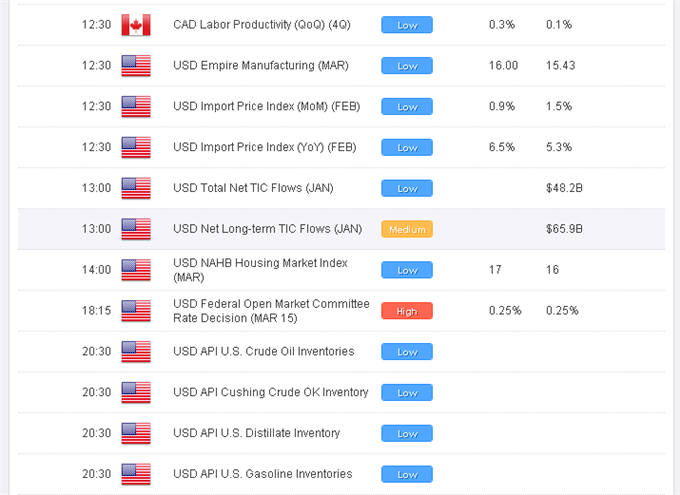 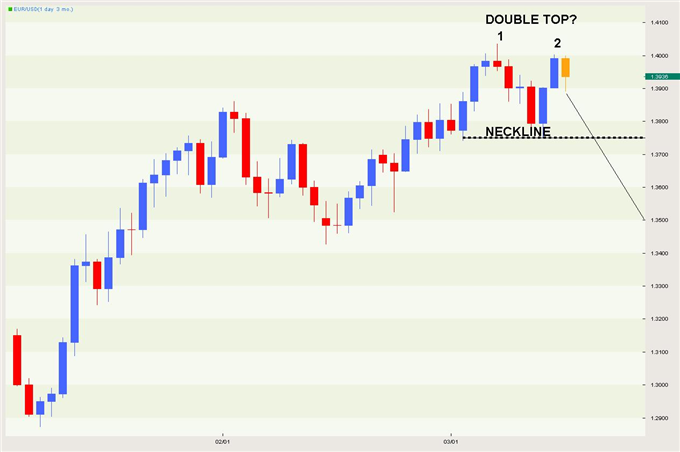 EUR/USD: The latest topside failure above 1.4000 and ahead of 1.4035 is significant and inability to establish back above the psychological barrier opens the door for a bearish trend reversal in favor of the USD. Tuesday’s setbacks have already resulted in a break below Monday’s low to set up a potential bearish reversal day, and should the market end up closing lower on the day, we could also see the formation of a double top on the daily chart. Neckline support comes in at 1.3750 and a break below would confirm the formation and open a measured move downside extension back towards the 1.3500 area over the coming days. 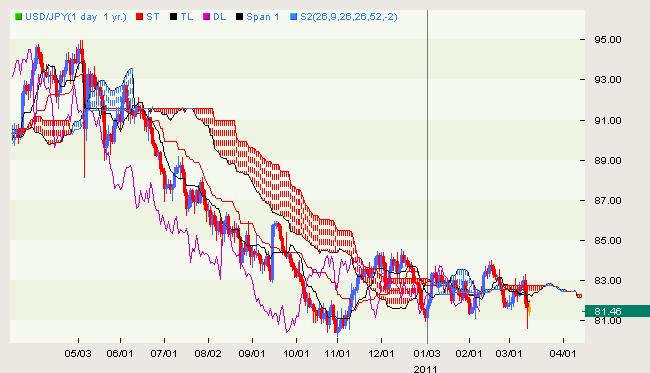 USD/JPY: Overall, nothing has changed as of yet, with the market still locked within a well defined multi-week range between the 80.00-85.00 area. The latest sharp setbacks have once again been well supported ahead of 80.00, to leave the range very much intact for now. The record lows come in by 79.75 from 1995, and we continue to see the more medium and longer-term risks to the upside, with the market trading just off these record lows. Still, we are now on the sidelines and will wait for a break back above 84.50 or below 80.00 for a clearer directional bias. 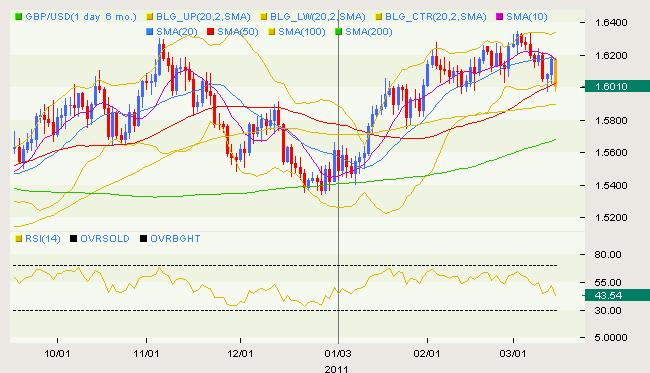 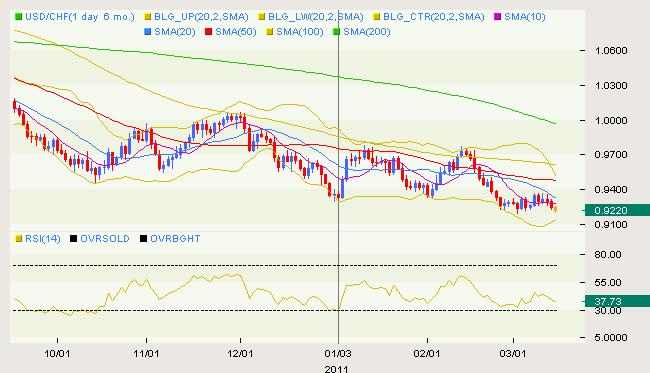 USD/CHF: The latest break to fresh record lows by 0.9200 is certainly concerning and threatens our longer-term recovery outlook. Still, we do not see setbacks extending much further and continue to favor the formation of some form of a material base over the coming weeks for an eventual break back above parity. Look for a break and close back above 0.9370 to confirm outlook and accelerate gains. A break and close back below 0.9200 delays.

ACB buying interests around lows in Eur/Usd with decent name bids noted at 1.3850. Models have led Cable sales. Eur/Chf has been dragged lower by real money, model and Swiss bank selling, a major Swiss name has been an active seller in Usd/Chf. Asian demand into weakness in Aud/Usd with model funds, US prime name and spec types all on the offer.