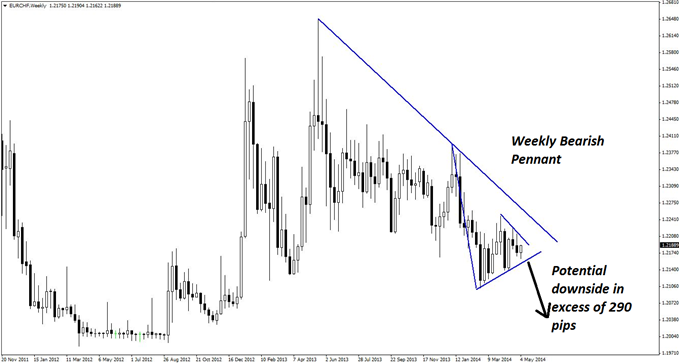 It is rather rare for intraday traders to have an opportunity to participate in moves involving the weekly chart, but such a set-up may be present in EURCHF right now.

As shown below, the pair has formed a bearish pennant pattern, and although price has not yet broken the pennant, a breakout to the downside could (according to classical technical analysis) give rise to a move of 290 pips or more in that direction, and with minuscule risk to boot.

The daily pattern (see below) reaffirms the downtrend. Clearly, EURCHF has been retracing back up toward the declining lines of resistance, as it has paused for a breath following a major move down early this year. Price has already begun to flirt with one of the declining trend lines, and may soon continue its descent. 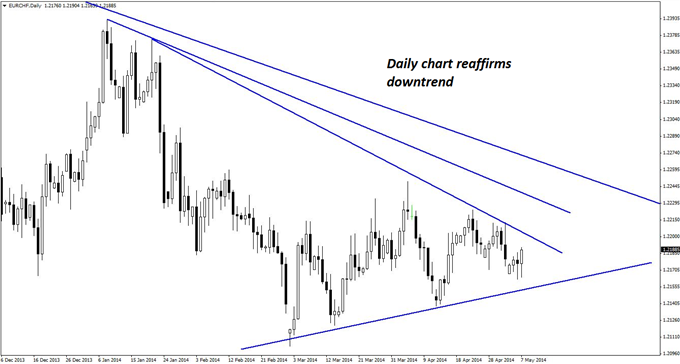 The four-hour chart below reveals a hidden line of resistance between the current price and the longer-term trend line. This quite conveniently permits a zone of resistance to be drawn at the blue box between 1.2192 and 1.2201.

This zone is ridiculously small and only 8 pips deep, but that is somewhat unsurprising given that EURCHF is a relatively docile pair. 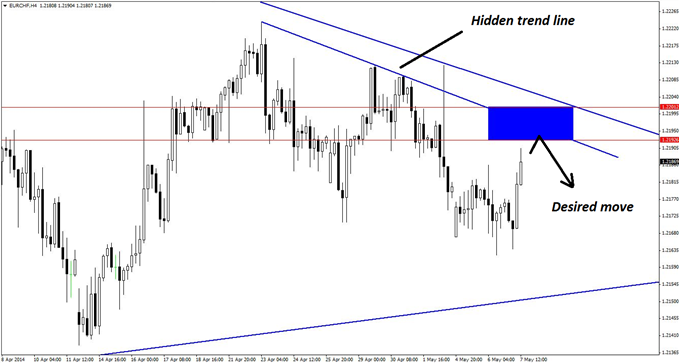 Nonetheless, an entry on the hourly chart (see below) would still be most preferable. Veteran traders occasionally brag about entries with tiny stop losses of only 8 or 12 pips, but in this case, it might actually be attainable.

Of course, the spread must be properly accounted for to avoid unnecessary stop-outs, however, short entries on bearish reversal divergence, pin bars, and/or bearish engulfing patterns would likely yield stop losses in that ultra-narrow range. 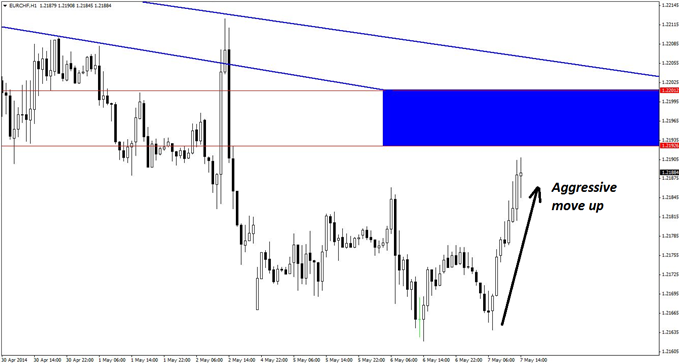 Given the prospects for this trade becoming a runner on the weekly chart, it is certainly worth two or three attempts to get in on this set-up using the shorter-term time frames!