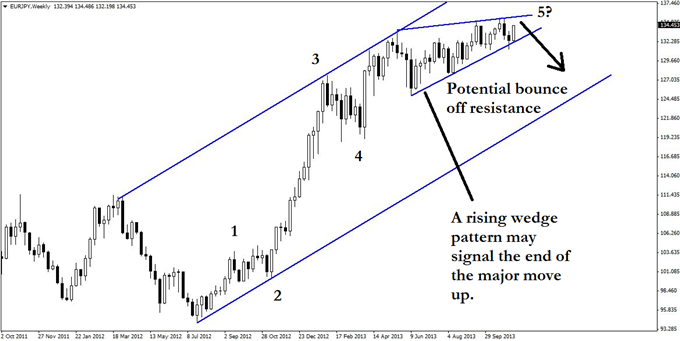 A EUR/JPY Swing Trade That Could Keep on Running

I am beginning to turn cautiously optimistic about FX crosses once again. Initially, there was an enormous spate of positive trades, which then gave rise to a period of caution because such trading cycles rarely last. (Follow recent trade results on the Straight Talk Trading Blog.)

More recently, the approach has been one of caution while expecting a possible turn in market conditions. The last three trades have finally signalled a transition toward a more challenging market environment:

This is exactly the point when newer traders begin to feel disengaged or desperate. From a professional perspective, even if this situation continues (which is rather unlikely), it would be perfectly acceptable. Afterall, having trades not trigger in the first place is much better than having losing trades!

In the markets, nothing is permanent. Now that there have been a few missed trades and even a small loss, change could soon be upon us. Of course, this change could go either way, giving rise to another rewarding period of winning trades, or a period of losing ones. One thing remains constant, however: the need to keep calm while controlling risk and taking the trades that are being presented.

As a rule of thumb, what the market seems to be doing is rarely what it will do next. Seen from that perspective, the situation is beginning to look positive. It may take a few more trades to wash this current market cycle out of the system, but it should be at least mid-way through the transition period at this point.

The latest trade set-up comes from EURJPY. The weekly chart on this pair is sporting a rising wedge formation and the potential end of a major move after five waves up according to classical Elliott wave analysis.

Finding the end of that fifth wave would be ambitious, but if a short trade happened to catch it, it would have tremendous reward potential.

Guest Commentary: Rising Wedge and Five Waves up for EUR/JPY

The best way to play this larger scenario would be to identify smaller-time-frame short positions to take some profits out of the market while positioning for a potentially larger move.

On the EURJPY daily chart below, the top portion of the wedge becomes a potential line of resistance. 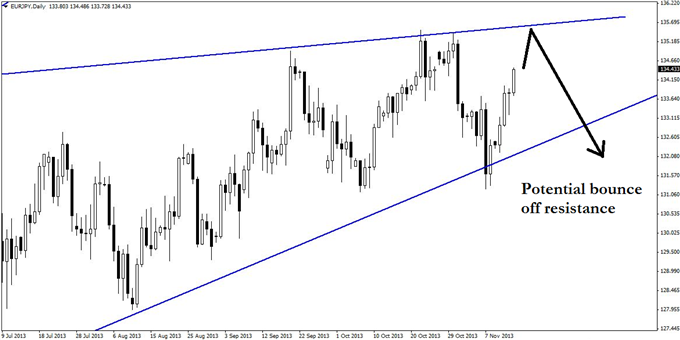 This is refined into an area of resistance on the four-hour chart. Exact triple tops in the forex markets are relatively rare. However, inexact triple tops certainly occur, and price is now moving into triple-top territory. 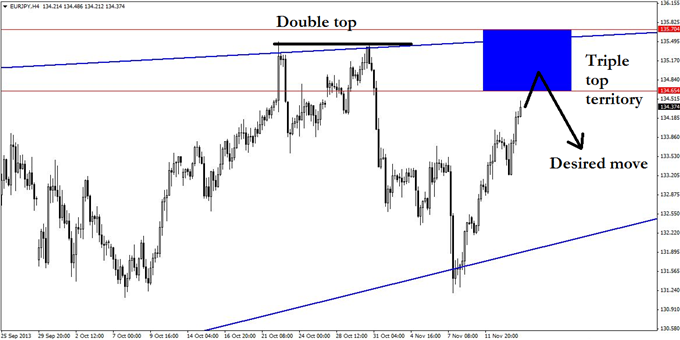 The trigger for this trade will come on the hourly chart in the form of reversal divergence, pin bars, or bearish engulfing bars. As this is a countertrend trade, be prepared to give this set-up two or three tries and adjust risk accordingly.

Also be advised that the recent long set-up we highlighted in CADCHF is still valid at this point.