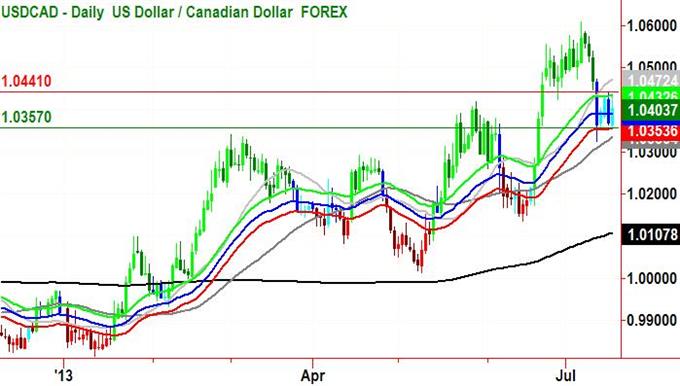 More neutral monetary policies from the Bank of Canada and a nearby technical support level are two central factors creating this short-term breakout opportunity in USDCAD.

Today’s Bank of Canada (BOC) rate decision came just as the USDCAD was starting to gain some footing following a quick descent from the 1.0608 high. Remember, this is a BoC that no longer has Mark Carney at the helm, and after Carney’s departure for the Bank of England (BoE), many traders believed that new BoC Governor Stephen Poloz would be more dovish.

Under Carney, the BoC was the most hawkish of all the G7 banks. To be fair, Poloz did say that higher rates could come “over time,” but given the current state of the Canadian economy and consumer debt, Poloz doesn’t have much room either way right now.

Regardless, it’s expected that the Bank’s next move will be to raise rates, but in the meantime, the market is left to fend for itself amid more neutral monetary policies.

Just as the US dollar index seems content to hover just below 83.00, USDCAD seems equally content to trade just below the major 1.0450 psychological level.

Now sandwiched between 1.0441 and 1.0357, USDCAD is plotting blue GRaB candles as near-term daily sentiment has turned neutral and the 34-period exponential moving average (EMA) wave has flattened out. These conditions are signaling that while the uptrend is no longer valid, the Bernanke-inspired US dollar wobble did not instigate a downtrend in USDCAD, either.

In terms of recent volatility, the pair continues to trade just above its daily average (84 pips at time of writing) but nowhere near the daily extreme highs. 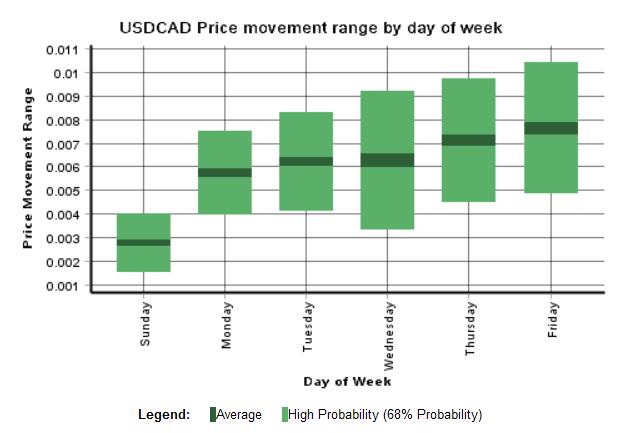 If the range continues to respect the channel, look for a momentum/breakout opportunity with a USD-bullish bias through the 1.0450 level.