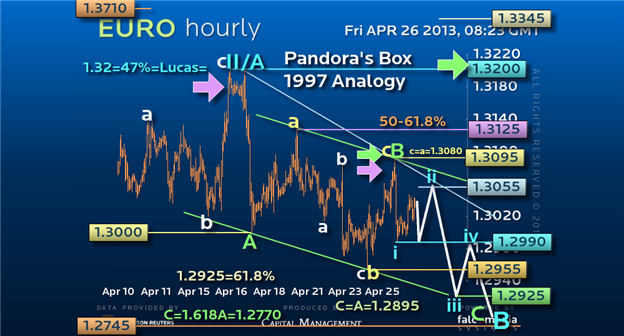 Guest Commentary: EUR/USD: The More Bullish it Looks, The More Bearish it Actually Is!

* The decline from 1.3200 is very similar to that from 1.3710 which suggests that breaks to new lows will probably not be sustained without an overlapping pullback.

* This downward ratchet should give the impression its corrective…but it will probably only end once the bulls have turned bearish.

We remain bearish the Euro as it maintains the window for the Pandora's Box 1997 style collapse. In fact the price action since the 1.3200 47% potentially corrective retracement is shaping very similar to the hesitant but persistent decline from the 1.3710 high. A decline that tried its hardest to stop you being short. 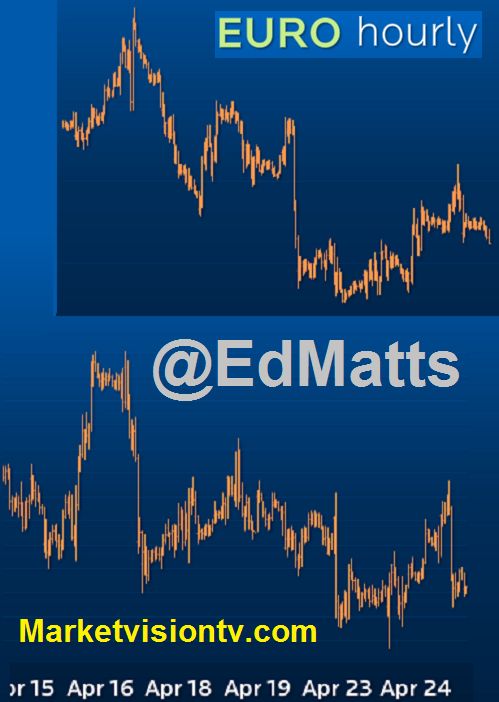 Indeed following the constructive decline to 1.3000 the Euro likely completed an irregular correction at 1.3095 yesterday beyond the C=A either wave 2 in downtrend or B within a more likely prolonged corrective consolidation. Either way, we remain short for a break down through 1.2955 in a bid to accelerate the decline. But if it follows the drop from 1.33710.. more likely within a downward ratchet that will see the market fight the decline initially at 1.2925 the 61.8% retracement later 1.2895 the new C=A but eventually probably stopping at the ideal 1.2775 c=1.618a B wave.

Until then rallies should stay below 1.3095 our short term stops or risk an early run at 1.3200 and possibly spiking to 1.3345 in a larger correction.