With risk appetite under bullish power this past week – though the participation in that rally was uneven across different assets – the Australian Dollar was in a good position to take advantage of the tail wind. The currency gained across most of its major crosses with AUDUSD making something significant out of a hold at the very end of the past week of the post-Pandemic recovery trendline support and 50-day moving average coming in around 0.7600/7560. The technical reversal was remarkable and it gives serious weight to support, but the momentum was not exactly definitive through the end of this past week. If the pair does not overtake 0.7800 in the coming week, there will be pressure on AUDUSD traders to see it further establish its range. 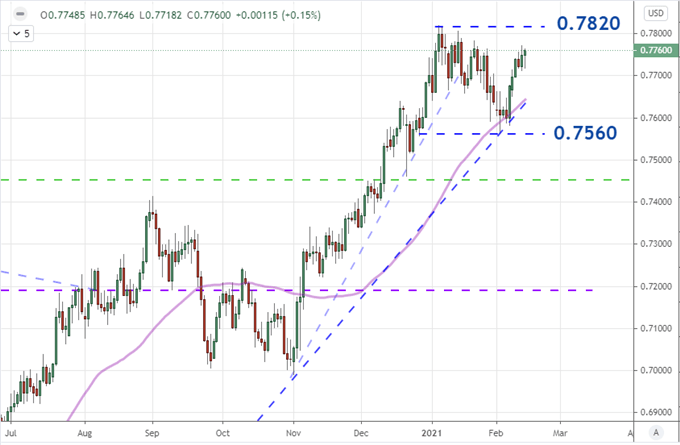 Taking a bigger picture view of AUDUSD, we can get a better sense of both the technical boundaries at play and the momentum this pair has charged. On the former point, the 0.7800/7820 high established around the beginning of 2021 doesn’t hold a lot of weight itself. On a higher time frame, the heavier technical levels to the upside are the midpoint of the pairs historical range (2001-2011) at 0.7930 followed by the range high around 0.8135 established over 2015 to 2018. As for momentum on this pair, spot relative to the one-year trailing moving average (50-week disparity index), this has been the most ambitious bullish drive over the medium term since the peak back in 2011. 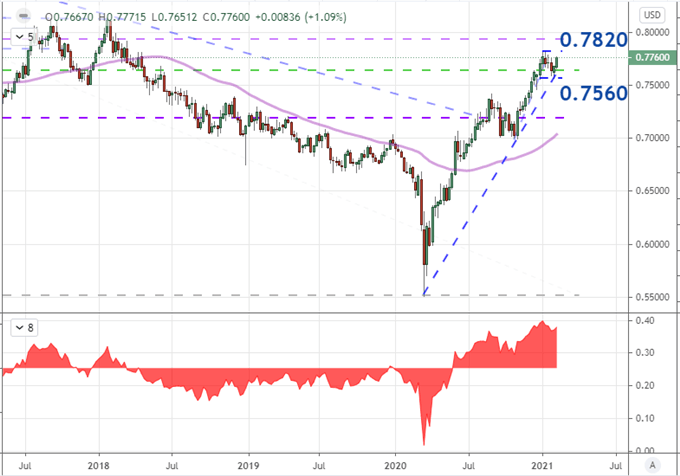 The Opposite Ends of the Aussie Dollar Risk Spectrum

While the US Dollar is considered a safe haven currency, it’s role in that fundamental category has waxed and waned with time. Yet, when paired with the Aussie Dollar, the pair has certainly seen a positive correlation to traditional ‘risk’ benchmarks. That said, the most in-tuned risk metric among the liquid AUD crosses is without doubt AUDJPY. The 20-week rolling correlation between the S&P 500 and AUDJPY is 0.94 (very strong and positive). That greater sensitivity no doubt adds to the exchange rates buoyance as it actually floats fresh highs stretching back to the very end of 2018. Yet, it hasn’t full cleared the ceiling. The midpoint of the historical ranges from Oct 2007 to Oct 2008 and Nov 2014 to March 2020 happen to coincide around 81.40. Will risk appetite carry this pair through the milestone? 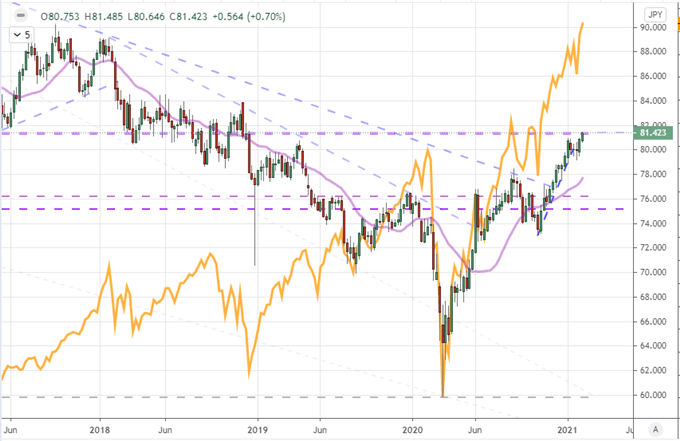 At the opposite end of the risk spectrum, AUDNZD is far more numb to any changes in speculative appetite – as it is made up of two so-called carry currencies. This past week’s rally was the heartiest since the beginning of November, but it is a quick rush into the next congestion boundary. There is some technical weight up around 1.0800, but nothing that could stop a committed market. That said, this pair seems to live by a virtue of short-lived but aggressive phases. 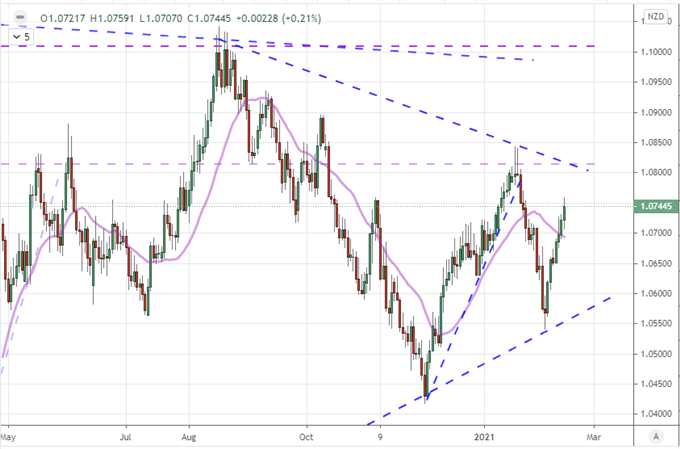 While we can operate with guidance from our charts alone, I find it valuable to take stock of what the market is doing through different venues. In an infrequent development, we have seen retail FX traders and the larger speculative futures participants are starting to align their views on AUDUSD. While net speculative futures positioning registered in the CFTC’s Commitment of Traders (COT) report is hovering around the neutral view, the lack of traction for an outright bullish view is contrasting the underlying exchange rate. That divergence doesn’t bode well for intent. 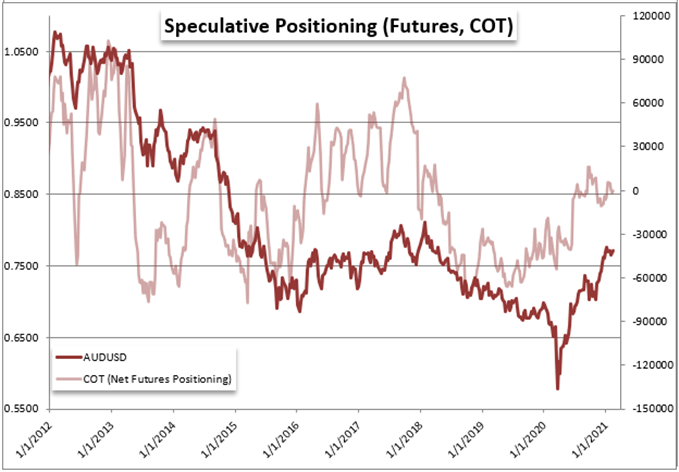 Chart Created by John Kicklighter with Data from CFTC

With a much shorter average time frame, retail FX traders seem to be leaning in the same direction – bearish against the prevailing trend. While this net view from this group reached neutral around the start of the year, the bearish interest has started to climb back towards the peak interest back in mid-December. It seems confidence in the range is solidifying which is not uncommon for this category of trader who tends to see short-term reversals as higher probability than history tends to support.

Learn more about how to incorporate sentiment measures into your trading strategy. 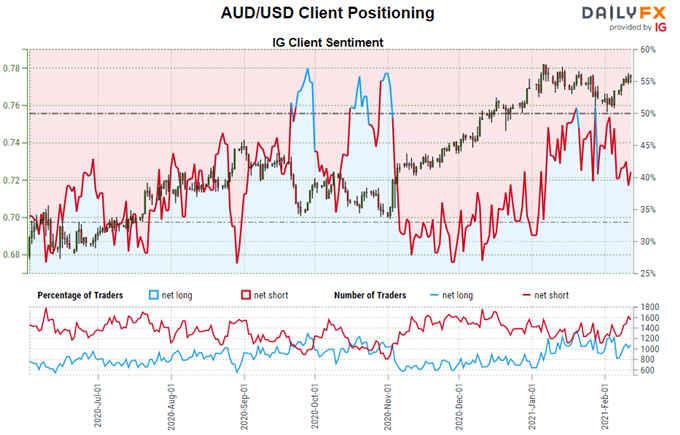