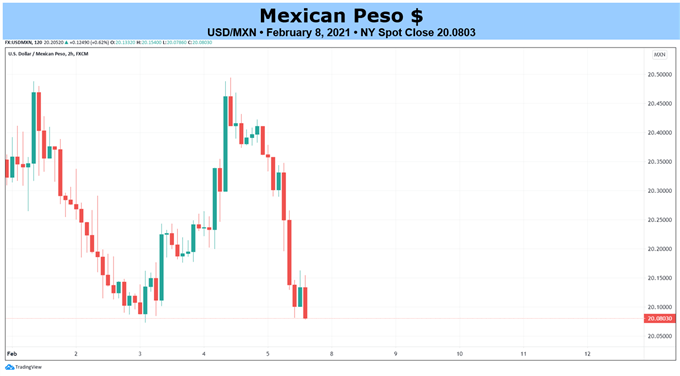 The Mexican Peso gained sharply in the final few days of last week, with USD/MXN rates dropping by -2.45% in the first week of February. This was not an isolated event, with CAD/MXN rates sliding by -2.23%; the breadth of Mexican Peso gains was strong. But that’s not to say it’s been easy trading in recent weeks for the Peso. Mexico is the world’s top exporter of silver. With silver prices pulling back sharply, the Mexican Peso has seen one of its key fundamental factors lose standing. The thrust of risk appetite and next moves in the silver market may help determine the next move in the Mexican Person.

USD/MXN traders will need to pay attention to the base currency for any action this week, as the quote currency sees little by way of events or data. In fact, there is only one item on the Mexican economic calendar worth paying attention to this week. On Tuesday, the January Mexican inflation rate (CPI) is expected to show an uptick from +3.15% to +3.46% (y/y). Higher inflation may help cool some of the dovish talk at the margins around Banxico in recent months, which in turn could help the Peso continue last week’s run of strength. Meanwhile, a bevy of US economic data as well as a speech from Fed Chair Jerome Powell could prove to catalyze further volatility in USD-pairs, USD/MXN rates included.

USD/MXN rates have traded higher through early-2021, but the consolidation seen since mid-November remains more or less in place. Overall, USD/MXN rates remain in their parallel downtrend going back to the coronavirus pandemic high set in April. Just overhead, there are two significant Fibonacci retracement levels serving as resistance: the 76.4% retracement of the 2020 low/high range at 20.2349; and the 38.2% retracement of the past 10-years of trading low/high range (April 2011 low/April 2020 high) at 20.3215. We have yet to see two consecutive daily closes above this Fibonacci cluster.

Momentum is effectively neutral after the recent reversal higher, but is turning more bearish. USD/MXN rates are now below their daily 5-, 8-, 13-, and 21-EMA, which is in neither bearish nor bullish sequential order. Daily MACD is trending lower but remains above its signal line, while daily Slow Stochastics are trending lower out of overbought territory. 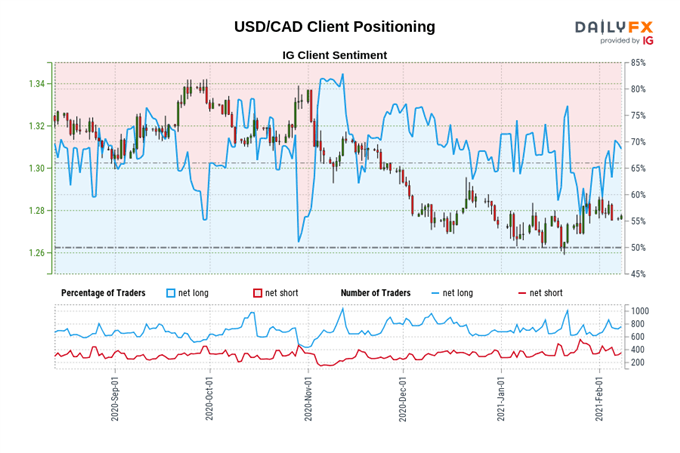