The Swiss Franc is on a tear versus its safe-haven counterpart the Yen. The cross is now trading at 113.76, the highest level since December 2018, after seeing a strong run-up from a recent multi-month low of 106.74 set this past October. This week the pair pushed higher to battle its 200-week moving average before definitively overtaking the critical level and has since continued to build momentum to test its December 2018 high of 114.64. This level of resistance has offered resistance for now, but a push higher may materialize in the coming weeks as RSI (Relative Strength Index) remains below overbought territory. 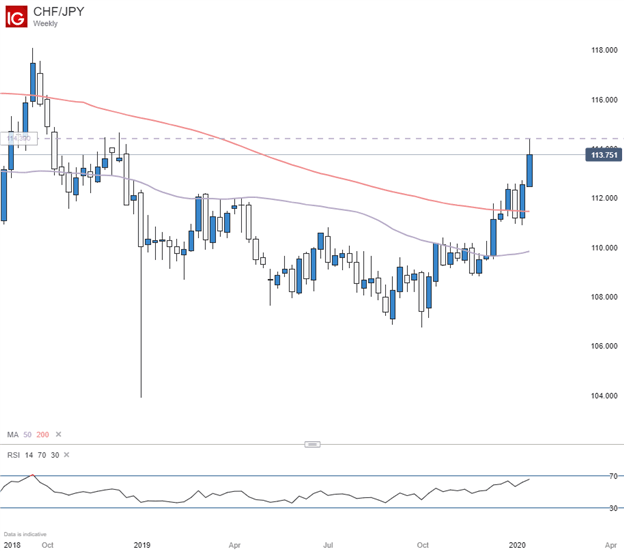 Giving a closer look at a daily time frame provides a technical signal to get long in the form of a golden-cross during the last week of November following a short period of consolidation that began in the preceding month. Since then, the Franc made headway into higher territory.

Today the Franc is pulling back from yesterday’s yearly high. If a downturn further manifests into the next few days, the next level of support for the cross sits at last week’s level of consolidation around 112.30. Should consolidation form at this level watch for the pair to continue momentum higher as the 50 and 200-day moving average will continue to move higher to support bullish price action. 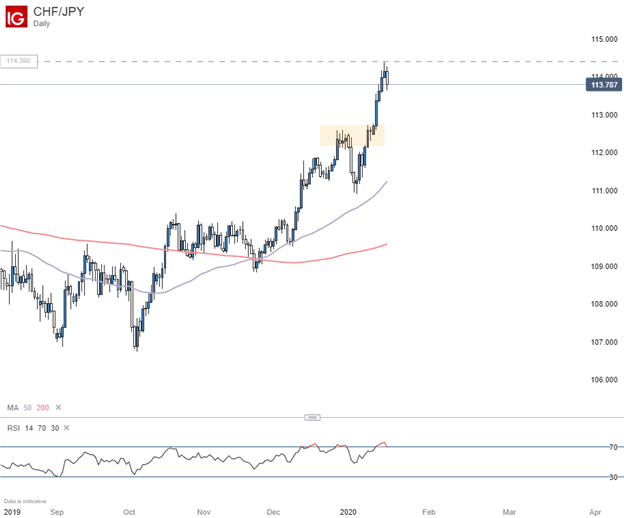 The picture for the Franc appears slightly more convoluted at current levels when paired against the Australian Dollar. Although bullish momentum for the Aussie has been defeated by the 200-day moving average several times over the recent months, the cross now sits at a level of support formed from prior resistance set in August, which buoyed price action repeatedly over recent months.

A break below this current level could signal follow through to test a low of 0.6557 set back in August and continue its longer-term bearish trend that was put motion from early 2018. However, should the current support hold, the cross will move to test the 200-DMA once more. With the key moving average still on a downward path, the range of movement is constricting further and could see a definitive break in the coming weeks as price action consolidates. 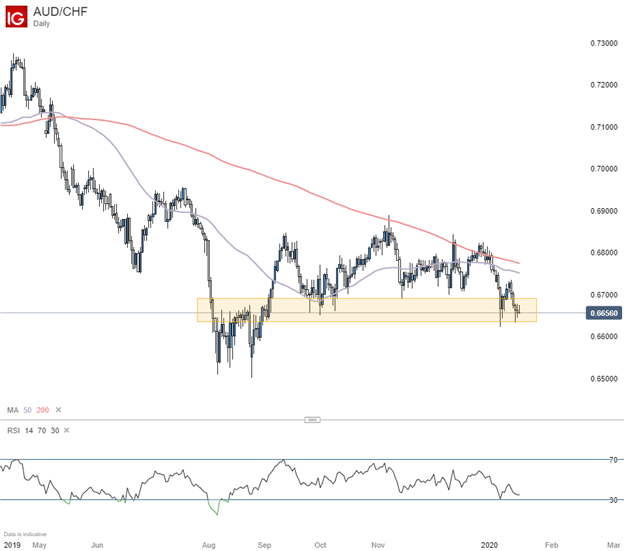 Faced against the New Zealand Dollar, the Franc appears set for a bullish trajectory. The cross made a bullish run in the last quarter of 2019 but surrendered ground in recent weeks and now sits at a previous level of resistance from this past September. Overhead pressure set by the 200-day moving average appears to be stemming any significant bounce from prior support at 0.6395 and looks to face further pressure as the key moving average continues to exert downward pressure. If this level breaks, watch for a move down to the next level of support, offered at a range of consolidation from 0.6300 to 0.6347. 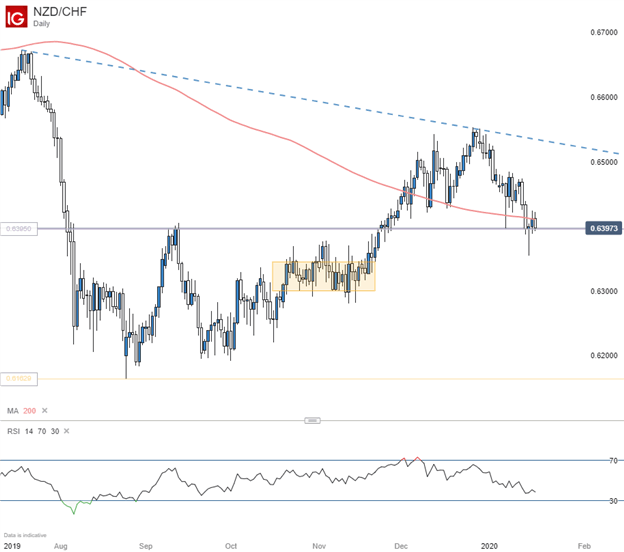