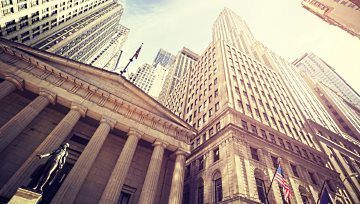 The Dow Jones is narrowly beneath record levels after gapping lower at Friday’s open. Still, the Industrial Average mounted a recovery effort as the session progressed as it looked to retake the 26,945 level. In the week ahead, the Average will have to surmount the prior highs around 26,945 and Wednesday’s high of 26,972 if bulls are to continue the journey higher.

On the other hand, the Dow Jones enjoys nearby support around 26,705 and subsequent trendline support slightly beneath. The ascending trendline from early 2019 was broken in May and June, but its influence on price cannot be denied – as evidenced on the 4-hour chart above.

Check out our NEW Q3 Forecasts for equities, Gold, oil and more.

The DAX 30 continued its climb higher this week, remaining comfortably within its upward channel. The upper and lower bounds of the channel will look to serve as resistance and support respectively. Alongside the channel, the German Index will take note of horizontal levels at 12,740 – marking an area of confluence with the lower bound which together should stall attempted moves lower. To the topside, a horizontal trendline around 12,715 will mark an area of resistance that must be surpassed before the DAX can look to test the topside of the channel.

The FTSE 100 finds itself rather vulnerable after closing Friday’s session slightly beneath technical resistance and without nearby support. To that end, the FTSE will likely look to 7,520 and 7,500 for immediate support in the event of bearish price action – but neither level commands significant respect. That said, the Index may look to 7,480 for subsequent support as the area provided notable influence on price in May and June. Should the Index retake the nearby Fib level, recent highs around 7,612 will pose secondary resistance to a continuation higher.