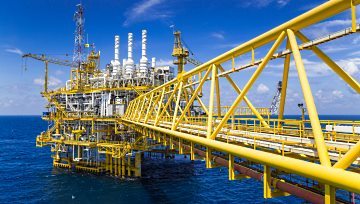 Build confidence in your own Crude Oil trading strategy with the help of our free guide!

Crude oil prices aimed lower this past week despite rising US-Iran geopolitical concerns stoking fears about supply disruption. Fundamentally, the persistent downward trajectory speaks to the uncertain outlook for demand, via a slowdown in global growth, which is undermining efforts by OPEC to reduce output and support prices. Oil has fallen over 20 percent since April.

Technically, the descent in oil followed a break under the rising trend line from the end of last year which occurred in late April. On its path lower, support levels were taken out at 60.26, then 57.34, followed by 54.55. Now, the psychological range between 50.41 – 52.08 appears to be holding. Is this the turnaround for crude oil when looking at it from a technical perspective?

To answer this question let’s take a look at the daily chart below where we can see that the commodity is making an attempt to breach near-term descending resistance from the middle of May. Notice that in the leadup, positive RSI divergence formed which indicated fading momentum to the downside. At times, this can precede a turn higher.

Given such persistent losses in recent weeks, sentiment-linked oil may very well be due for a correction. A fundamental catalyst could come from the Fed rate decision this week, where markets will be eyeing a material dovish shift in rhetoric. This places the focus on the next range of resistance between 54.55 and 55.41. 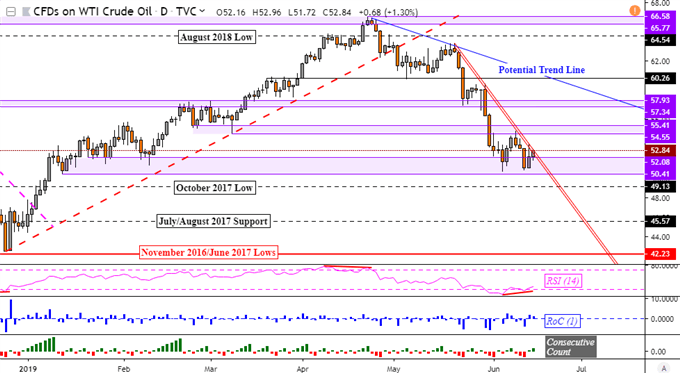 As is the usual with technical analysis, breaks above trend lines require confirmation and we can get a better look at them by zooming in on the 4-hour chart below. Note the presence of positive RSI divergence here too. The deterioration in downside momentum occurred as prices oscillated between support and resistance since the beginning of this month.

If we get a material upside push in crude oil and near-term resistance is taken out, the next area of interest seems to be a range between 57.34 and 57.93, Just beyond that is what could be a falling trend line that forms down the road. I have highlighted this as the downward-sloping blue line on the chart below. 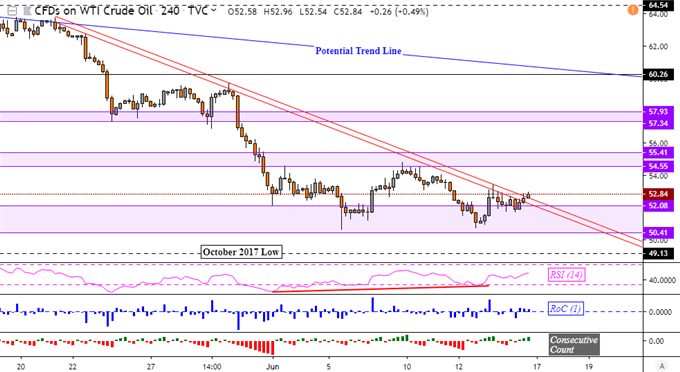 Yet, IG Client Positioning reveals that most traders are net-long the commodity, and this is offering a bearish-contrarian trading bias. In the event of downtrend resumption, keep an eye on the October 2017 low around 49.13. Beyond that opens the door to eventually taking out support until reaching the 2018 low at 42.23.

Join me every week on Wednesday’s at 00:00 GMT as I uncover what market positioning has to say about the prevailing trends in markets where I will also be going over how you can incorporate this into your own analysis and trading strategies!

For more updates on crude oil, including fundamental developments, feel free to follow me on Twitter here @ddubrovskyFX. 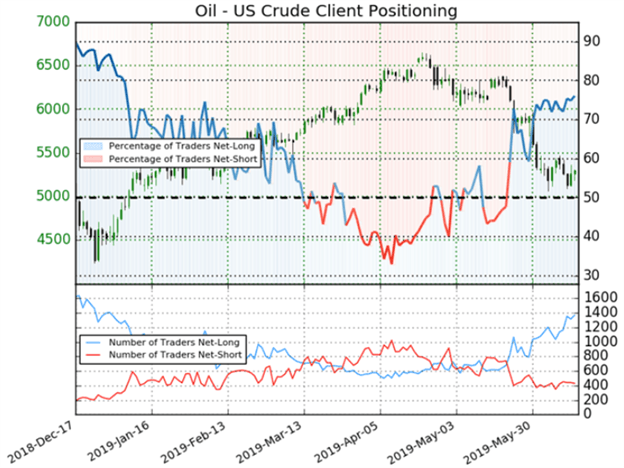