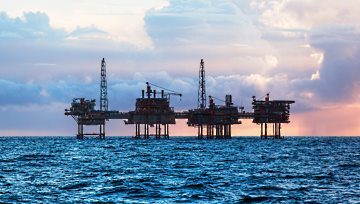 Matters can change very quickly in global markets, and that’s been illustrated fairly well in Crude Oil in the month of May. After coming into the month holding on to a bullish trend that started in December of last year, sellers came back, with aggression, to erase a large portion of that topside ramp. As looked at just a few weeks ago and as I had said in the technical forecast for Oil at the time, “while the longer-term trend remains attractive for bullish biases, the indecision exhibited this week muddies the backdrop, and timing remains of concern.” This led to a neutral forecast at the time.

Well, to update that statement – the longer-term trend no longer remains so attractive. Since then, bears have taken control of the matter and Oil prices have now retraced more than half of that prior bullish move that had taken five months to build. A number of support levels came into play this week, but the most that any of them could do up to this point was to temporarily stem the bleeding as sellers pushed down to fresh three-month-lows.

At this point, the near-term trend is aggressively bearish, specifically the past two days of price action; but, the big question is whether sellers can continue to push or whether buyers might soon be able to stage a theme of support. Chasing the move lower could be unattractive given the oversold readings that have already started to show combined with a wide distance away from any nearby swings or resistance points that can be used for stop placement. And the long side of the move can be daunting as well, given that traders looking to buy here would be trying to catch a falling knife. This brings on a neutral technical forecast for Crude Oil next week; but that backdrop could quickly shift, especially given how volatile Oil prices have been of recent. Below, strategy parameters are discussed for Oil markets going into the month of June.

At this point, given that Crude appears to be nearing a weekly and monthly close near fresh three-month-lows, traders would be likely hesitant to take on an aggressive stance just yet. But, given the recent flare of volatility that’s shown in Oil markets, that next setup may soon be around-the-corner.

On the short-side of Crude Oil, prices cut right through a previously key support zone around the 55-handle. This area on the chart had previously exhibited a bit of resistance in February, followed by a support check in early-March after bulls provoked a topside push. Around this area are a couple of additional points of interest: at 54.46 is the 50% marker of the December-April bullish move, and at 55.57 is the 38.2% Fibonacci retracement of the October – December 2018 sell-off. Collectively, these prices compose a zone of potential that could be re-purposed for lower-high resistance. A bit higher, another zone of interests exists from the prior support area around 57.47 up to the February swing-high at 57.85.

A pullback in the bearish theme to this zone on the chart could re-open the door for short-side strategies, targeting an extension of the downside move towards the 51.50 area with secondary target potential around the 50-handle.

Are you looking for longer-term analysis on the U.S. Dollar? Our DailyFX Forecasts have a section for each major currency, and we also offer a plethora of resources on Oil or USD-pairs such as EUR/USD, GBP/USD, USD/JPY, AUD/USD. Traders can also stay up with near-term positioning via our IG Client Sentiment Indicator.