Looking at the WTI chart above, you can see that the price is holding above $50/bbl, and the Ichimoku cloud on an hourly chart. The channel drawn helps to place support in the future near $54/bbl, but the $50/bbl will likely continue to be the market’s focus. With the price above the short-term cloud and the channel support line, traders will have a hard time fighting this rally, even if the topside doesn’t take us near where we were in September.

In early Q4, fear spiked when looking at the 3-month implied volatility contract for Brent. Implied volatility is a derived level by option pricing models to make sense of the increase in options prices, which become more valuable as volatility jumps since volatility increases their chance of being in the money.

When volatility falls (as it has been doing for Brent in 2019 as of this writing), it tends to show that the proverbial storm clouds are receding and that the Bull’s fears were likely overblown as were the bear’s hopes. Brent’s 3-month implied volatility has fallen from a level of 44.5 in early January to currently near the January lows at 34.2, a -23% drop. A break below the December low would go a long way in restoring further confidence in the bull’s case. 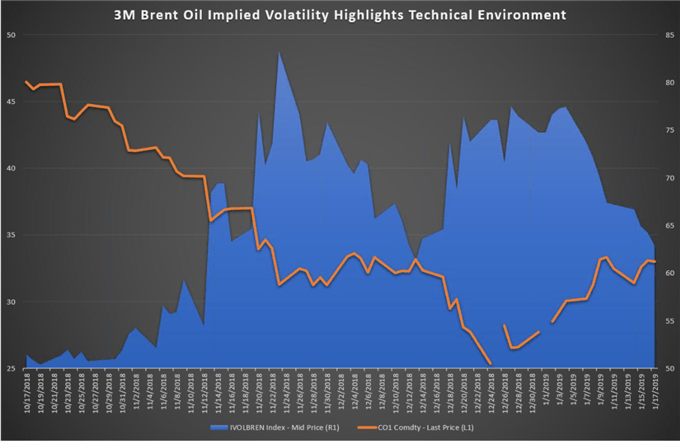 For traders wondering why the environment has changed such that volatility has fallen and WTI crude looks (temporarily) comfortable above $50, I would point to the supportive fundamental picture thanks to OPEC & the IEA. OPEC showed the world how serious they are about restoring confidence to the world that they’d fight a supply-side problem. The cartel’s December production was the largest drop from OPEC and strategic allies like Russia since January 2017. 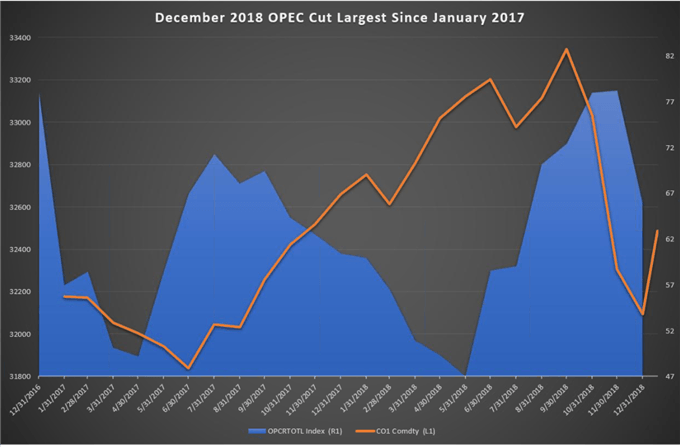 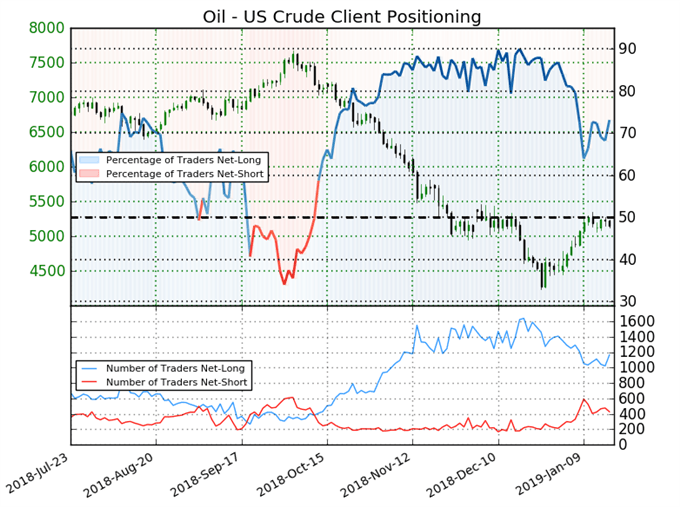 We typically take a contrarian view to crowd sentiment, and the fact traders are net-long suggests Oil - US Crude prices may continue to fall. Traders are further net-long than yesterday and last week, and the combination of current sentiment and recent changes gives us a stronger Oil - US Crude-bearish contrarian trading bias (emphasis mine.)