Since last we looked at USD/JPY, the technical landscape has changed slightly. Two weeks ago, a bullish case for the dollar was made and this week’s price action looks to support that claim once more. Despite some fundamental developments, specifically talk of a US-Japanese trade war, the dollar pushed higher Friday. After last week’s mixed technical outlook, USD/JPY is set to close Friday effectively unchanged from last week around 111.09 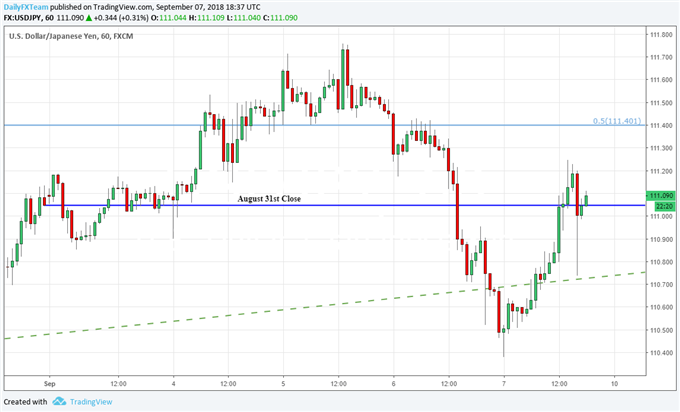 In the short term, it looks like dollar bulls could gain control and continue the run higher from March as the climb starting in March now acts as a fairly robust resistance level for the dollar. For example, significant fundamental developments led bears to test the line on Friday but bulls stood firm and kept the dollar above support until close. With the pair resting on the trend line heading into the weekend, an open above support next week should lend bulls the confidence to take over.

Should bulls take over, there are a few resistance levels that will need to be passed before driving higher still. First is the 50% fib level roughly around 111.40. Another point of resistance is the round and psychological 112.0 level.

In the past, 112 has offered some moderate resistance but is not nearly as pivotal as a level like 110. With that in mind, 112 is certainly a point to watch but is likely not strong enough to spur a major reversal. 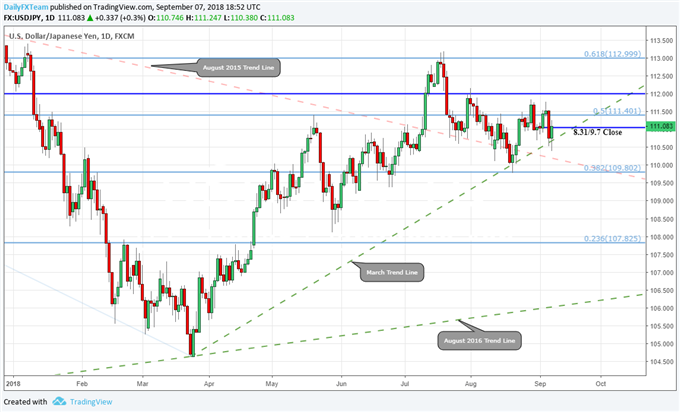 Turning to client positioning, the landscape for USD/JPY is also little different from last week. 53% of traders remain long while 47% remain short. 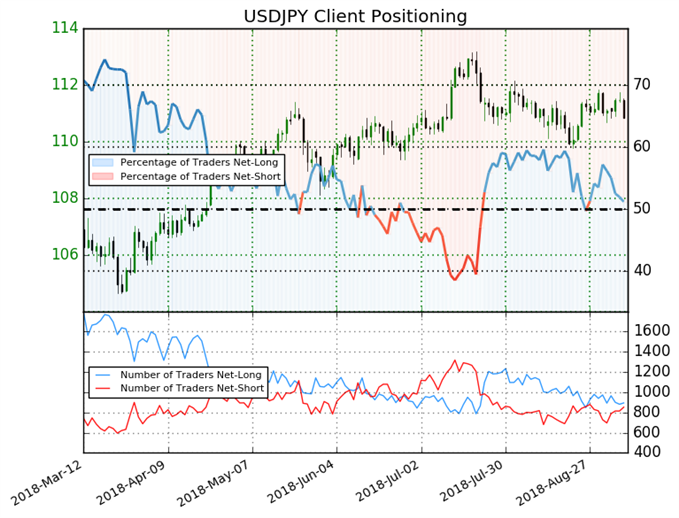 Despite the mixed sentiment, look for the dollar to trade higher versus the yen next week. Support outweighs resistance at this level and the trend line from March offers ongoing support as price consolidates above.

US Dollar Forecast: Dollar Best Hope to Stave Off Head-and-Shoulders Breakdown is a Euro Drop