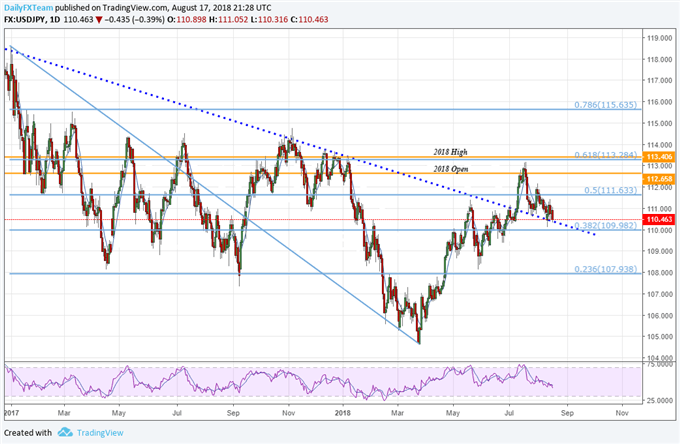 USD/JPY: Dollar Bulls May Be Running Low on Steam

Check out our Client Sentiment Pageto see where clients are positioned for different pairs.

The Dollar-Yen pair continued to travel nowhere quickly this week, but a series of lower highs and lows may mean bulls are running out of steam. Falling off of levels near the 2018 open in mid-July, the dollar has shed some ground in recent weeks.

Early this week, a move higher was attempted but ultimately reversed as the pair tested a trend line originating in August 2015 on Friday but ultimately closed above. The consistent inability for the pair to move higher after its most recent top in mid-July and a falling RSI may combine to build up some bearish conviction. Should USDJPY fall below the trend line around 110.40 next week, we would likely see the pair continue lower.

The current price level also moves nearer to the .382 Fibonacci level from early January 2017. If the trend-line support is broken, the .382 level would be the next significant support point for the pair to probe should it look to continue lower. 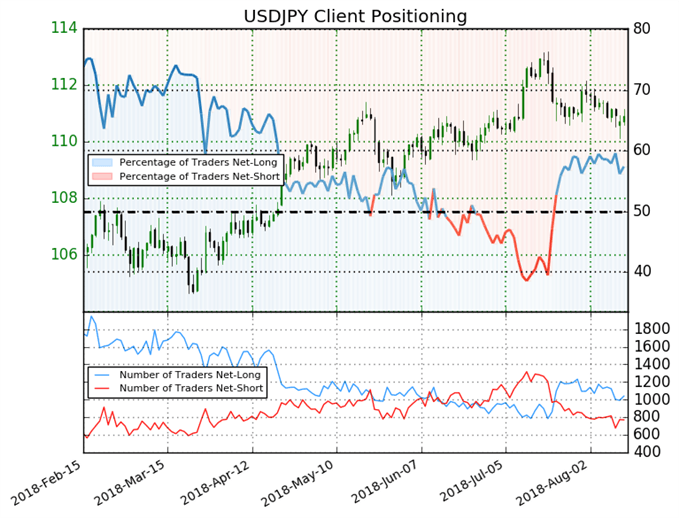 Client positioning on the pair offers a pretty opaque view, with a slight bias of traders remaining net-long. With clients net-long, the contrarian approach we typically take at DailyFX would further bolster a bearish argument for the dollar-yen.