See what is driving EUR/USD on a fundamental basis and how the longer-term technicals look in the DailyFX Q3 Euro Forecast.

Last week, the euro traded down to support around the 11300-line, which consists of the U.S. election spike-high in 2016 and test of this level in June of last year before breaking higher. Support keeps a floor in EUR/USD for now, but it isn’t expected to last long as the path of least resistance following the breakdown below 11500 favors more selling.

The next week might not bring the most inspiring price action for making any maneuvers as the market digests recent losses. Trade back up to 11500 is always possible, but seen as a lower probability scenario. If the euro is able to muster enough strength to resistance, though, it could offer a nice risk/reward set-up for would-be shorts.

The higher probability scenario right now is that we see sideways to a smallish upward correction followed by an attempt at breaking below 11300. A break of support should have the euro rolling solidly back downhill, with the next level of support arriving around 11120.

Gotten a little off track? It’s happens to everyone, which is why we put together these 4 ideas to help rebuild your confidence. 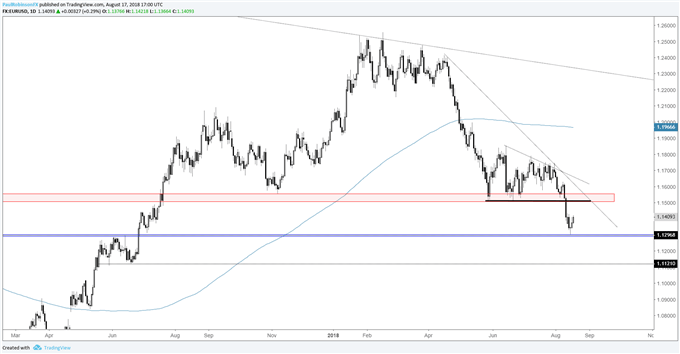 As per IGCS, traders aren’t aggressively buying into the decline, but could that change if support breaks soon. A sharp rise in longs on a breakdown would be a cue to look for more downside momentum to kick in. For more details on the sentiment model and how it acts as a contrarian indicator, check out the IG Client Sentimentpage. 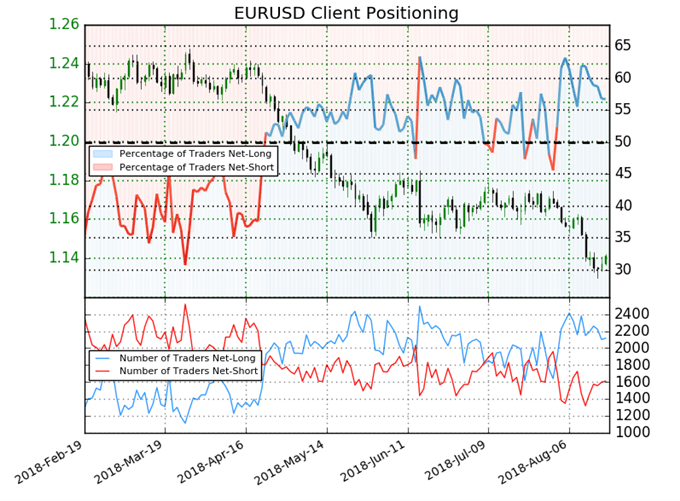