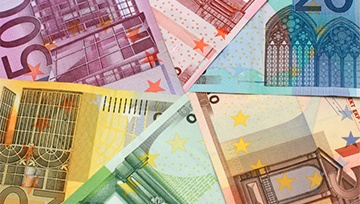 EUR/USD Weekly Technical Forecast: When Will the Euro Break its Range?

For the intermediate-term fundamental and technical outlook on EUR/USD, check out the recently released DailyFX Quarterly Forecast.

Heading into last week the euro was set up to rally from a confluence of support, but the power at which it did so was uninspiring. While the 2008 trend-line in the mid-12400s was targeted, it was hardly surprising to see momentum stall as the range since January persists.

Life inside a range can be difficult, which is why from a tactical standpoint we continue to look to fading price at the perimeter and avoid new entries altogether in the middle. This will be a theme we continue to abide by until market conditions change.

The good news is market conditions will change. When they are ready, some patience may be required. But with the trading range for the past three months ranking as one of the tightest in the euro’s existence, something has to give likely sooner rather than later.

No need to predict when this will be, though, we’ll have a fairly good idea as there are thresholds on both the top and bottom-side which are rather significant. On the top-side the 2008 trend-line remains a big focal point, while on the down-side a break of the April trend-line, May 2016 slope, and the swing-low at 12215 will put pressure on the important 2017 high at 12092.

From a tactical standpoint this coming week, we’ll look to those perimeter levels and how the market responds to any touches. A bullish or bearish reversal will have attention on trades back towards the other side of the range, while clean breaks will be our cue to abandon a fade-trade mentality and look for momentum to finally pick up.

Going through a slump right now? (It happens to the best.) Check out these 4 concepts for Building Confidence in Trading.

Should we see one side or the other break, keep an eye on market positioning changes via IGCS Client Sentiment. On the top side, a breakout accompanied by swelling short interest is viewed as a contrarian signal for higher prices, while the opposite holds true on a breakdown in price.