New to trading? This free DailyFX Guide was written for you

The Japanese Yen has faded a little against the US Dollar since the end of March.

USD/JPY is currently taking a shot at the top of the daily-chart range, which has effectively bounded trade since mid-February, at least on a daily-closing basis.

There’s some fundamental justification for the push higher too. The US Dollar had suffered a little as worries about a trade war between China and the US pushed investors into perceived haven assets such as the Japanese Yen. However, the apparently more accommodating trade position struck by Chinese President Xi Jinping on Tuesday has seen risk appetite revived and the greenback back in the ascendant. Still, it would only take one adverse headline to see the doubters flood back into this market. Who would be bold enough to rule out that possibility?

And it is perhaps notable that not even the impulse provided by Xi has yet seen USD/JPY conclusively break that range top, and Dollar bulls may not have long to prove their case. The pair certainly looks more constructive from the bullish side. It has just chalked up a new higher high, pushing above such significant near-term tops as March 20’s peak of 106.90 and March 9’s 107.05.

However, the uncommitted may not find this the best time to enter this market. The week is all-but sure to resolve the puzzle either way, and it might be better to wait and see if the bulls can take the US Dollar past that key downtrend line before getting involved now. 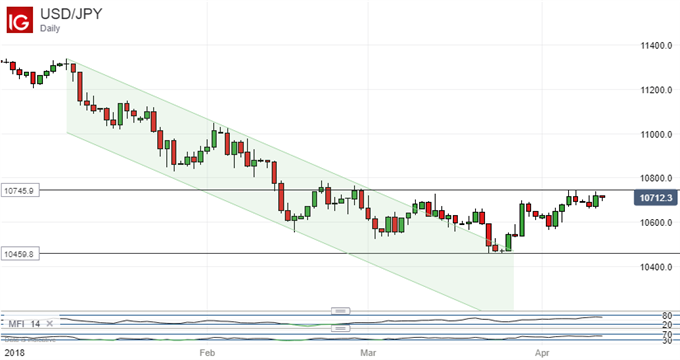 The British Pound meanwhile is respecting the uptrend channel against the Japanese Yen which has been in force since at least March 19 and possibly March 6. Tuesday’s upward push faltered more or less exactly at the top of it, and it seems risky to play for a meaningful short-term break either way now.

Reverses will probably find support in the 149.85-150.53 region, which held the market in the last couple of weeks. Only if those were to give way would focus return to the up-channel bottom. Right now this comes in at 149.25 and there are no indications at present that sterling bears are prepared to push matters that far. 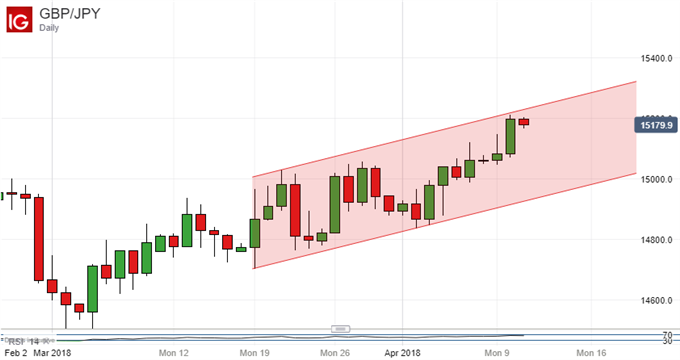