To view the longer-term technical and fundamental outlook for the Euro, or to see our top trade ideas for 2018, check out the DailyFX Trading Guides.

Last week, the euro broke lower in-line with expectations after a double-top at the 2008 trend-line. It’s been a relatively aggressive decline so far, with support levels/lines coming into focus. Downward momentum stalled the final two days of last week at a slope extending over from May 2016.

It seems unlikely this slope will be the end of the decline, and if this holds true watch how it reacts at the trend-line just a shade lower rising up from December. There is price support at 12165 in near confluence with the trend-line, so as long as it doesn’t post a closing bar below then it could be enough to turn the euro higher.

Should the aforementioned support levels fail, there is major breakout support just beneath the 12100-level. This would be a fairly significant level to hold given a drop below would constitute a failed breakout, and since it would be taking place after turning down off the 2008 trend-line, it could mean a more meaningful decline is underway.

There is, however, one more line of support which also holds a good deal of importance. The trend-line extending higher since April has longer-term implications. It would require a solid drop from current levels to reach it, so if it does so this coming week oversold conditions at strong trend support would likely to lead to a strong snapback.

Overall, EUR/USD is still soft, but may find enough sponsorship in the days ahead to put together a solid bounce. But if it doesn’t soon, then look for shorts to continue winning the battle into more meaningful levels. 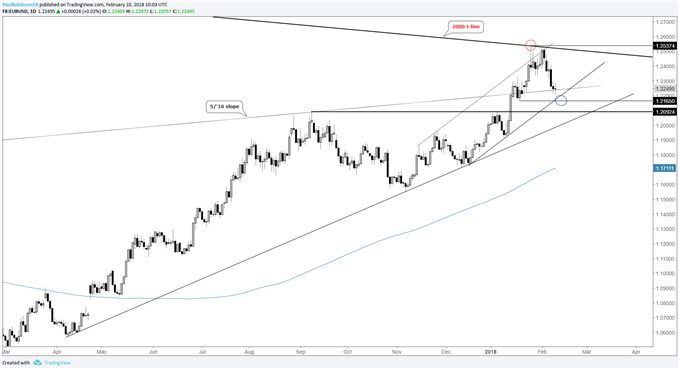 Several levels/lines lie at the euro’s feet, which could put a bid in, but if they fail then look for meaningful levels to get tested in the days ahead. 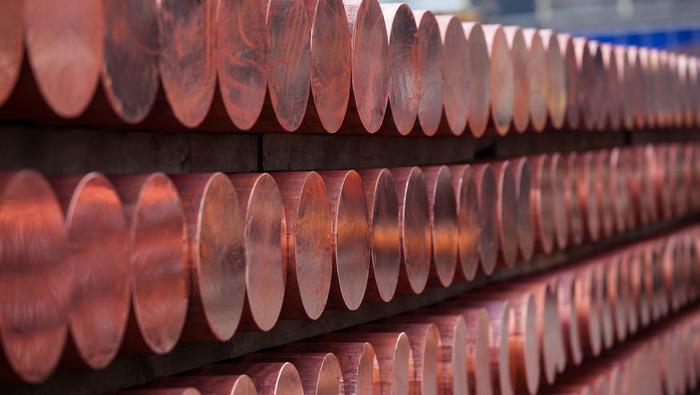