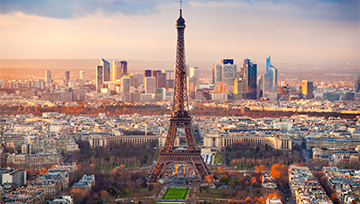 See how retail traders are positioned in EUR/USD on the IG Client Sentiment page.

The key heading into last week was seeing EUR/USD either hold the trend-line off the November low and at worst 11809, or else it faced the prospects of trading down into an even more significant area of support surrounding 11700. Indeed, the first levels of support broke and lower levels were probed. The zone of more significant support spans from around 11730 down to 11660, but with a trend-line coming up from April it would be best, if the euro is to soon trade higher, that it doesn’t go much lower from here. The confluence of horizontal and trend-line support is making for somewhat of a ‘make-or-break’ moment. 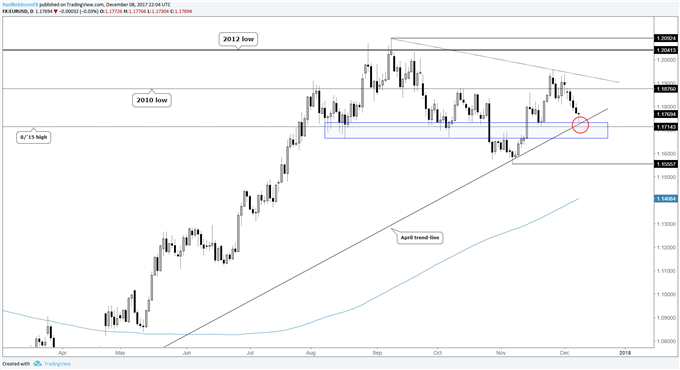 Turning to the 4-hr chart, there is a steep trend-line riding over recent price action. A break above could be enough to start turning momentum positive. In the event a break higher finds sponsorship resistance begins clocking in between 11940 and 11960. A clear breakout above 11960 would likely have momentum rolling quite favorably towards the 12092. The 2017 high would be quite a stretch at this time to see given how low volatility is. For now, as long as the aforementioned support zone doesn’t give-way to selling the euro still remains in the game for higher prices and we’ll lean on that level for as long as it holds.

Find out 4 ways today that can help you start building confidence in trading. 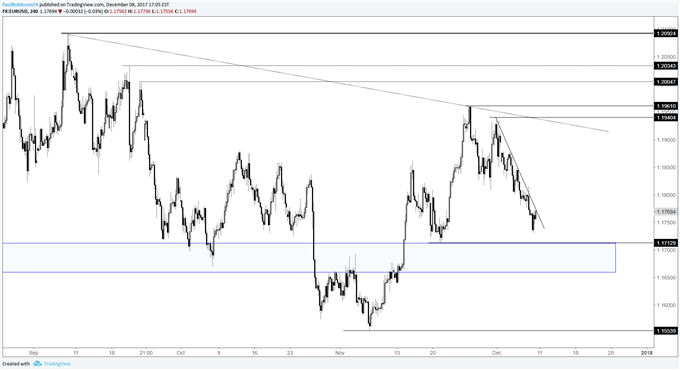 However, if support breaks EUR/USD could begin rolling downhill with vigor and beg the question, was the leg higher during November a significant lower-high in a developing bearish sequence since the September high? A break of 11554 would be needed to confirm this scenario. The bottom line is the next week could be a fairly significant one for the euro with support coming under siege. Heads up: On the fundamental front we have the FOMC and ECB meetings on Wednesday and Thursday, respectively.