The Japanese Yen has seen key major rivals break higher against it in the past week or so.

And at face value these are good times for USD/JPY bulls, even though the pair looks to be headed for an end to the second calendar quarter which will put it more or less to the tick where it started back in March.

It has clearly broken a short-term downtrend line which had resolutely capped all attempts at a break higher since the peak of May 10 was reached at 114.30. That line snapped on June 15.

However, although the US Dollar has looked at least relatively comfortable above that line for about eight sessions, there must now be some doubts as to how strong the impetus to push on will prove, despite that audacious upside push.

It has already seemingly stalled in the 111.80 area. That could be highly significant. That area has also capped all attempts at a rise between mid-May’s sharp falls and the present day. If USD/JPY cannot push past itand take on the resistance levels now formed by the top of those falls, then it looks as though the downtrend will reassert itself soon enough.

One modest crumb of comfort for bulls may be that the market does not yet look significantly overbought. With a Relative Strength Index of 53, it’s not oversold by any means either. Unfortunately, this means that there is probably “gas in the tank” for a move either way.

The British Pound’s fortunes against the Japanese currency have been gloomy, with the vicissitudes of the Brexit story clearly prone to weigh broadly on it as formal negotiations get under way. That said GBP/JPY has broken out of an entrenched downtrend channel which had been in place since the peaks of May 10. Still, this is probably only a temporary jailbreak, with recapture by the downtrend all-but certain. 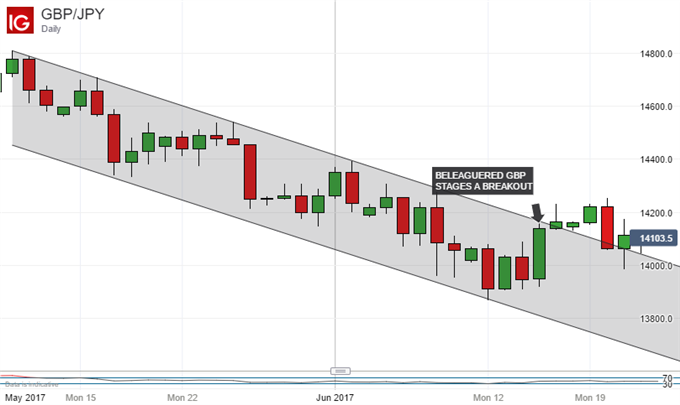 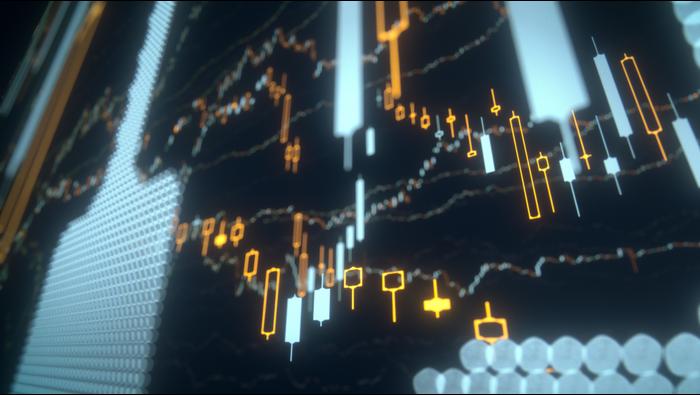