USD/CHF Peering Over the Ledge

-- Subscribe to Jamie Saettele's distribution list in order to receive a free report to your inbox several times a week.

--For more analysis and trade setups (including current positions and the ‘watchlist’), visit SB Trade Desk 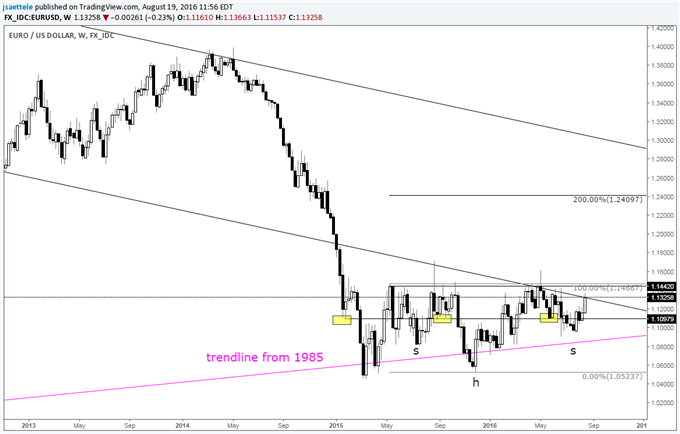 -Long term EUR/USD comments are unchanged. “EUR/USD has been trading sideways since March 2015. This is one of the longest sideways periods in history (as defined by the length of time between 52 week closing price extremes) and the eventual break will trigger a significant directional move. My contention has been that the move will be higher given the presence of the 31 year trendline as a floor.” The bullish outside week (week that ended 7/29) offers ‘something to work with’ on the bull side. Price is back above the 55 week average as well, which proved important as resistance and support at several junctures over the last year. SSI has flipped to negative, which is viewed as a positive for price. An inverse head and shoulders pattern is visible from the May 2015 high and could launch a major advance. As always, define your risk points (read more about traits of successful traders here).

-For forecasts and 2016 opportunities, check out the DailyFX Trading Guides. 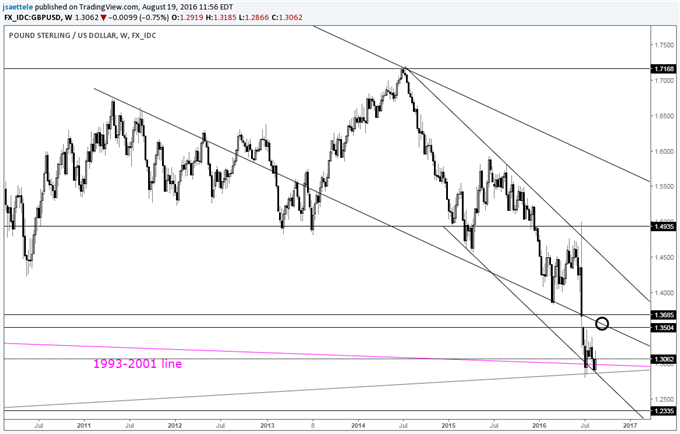 -The gap to open trading post-Brexit is thus far of the breakaway variety but the July low is just pips below the 78.6% retracement of the 1985-2007 range. A long term trendline (1993-2001 line) is also under price and the July candle sports a long lower wick, which can indicate demand. In other words, it’s possible that GBP/USD trades sideways or higher from here. If the July low gives, then there may be no support until early 2017 based on the 96 month (8 year) cycle low count. 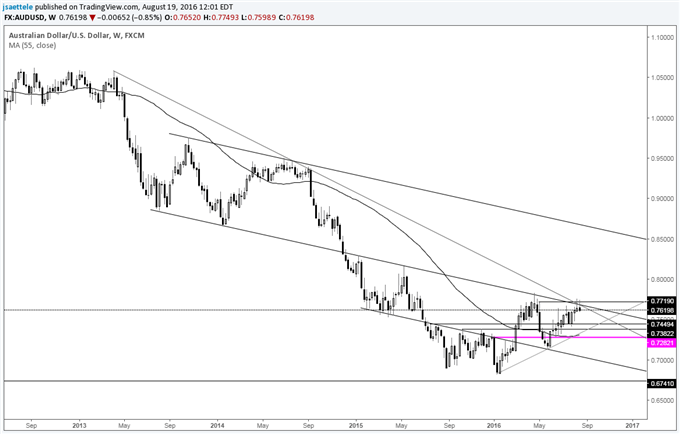 -Comments for the last 6 weeks have noted that “AUD/USD is approaching an important juncture defined by slope considerations and the pre-May rate cut high at .7719. This level may be resistance but a break above would leave Aussie in full blown bull camp with focus on the May 2015 high at .8163 and eventually .8600+.” The ‘important juncture’ continues to hold so risk is for additional range trade. 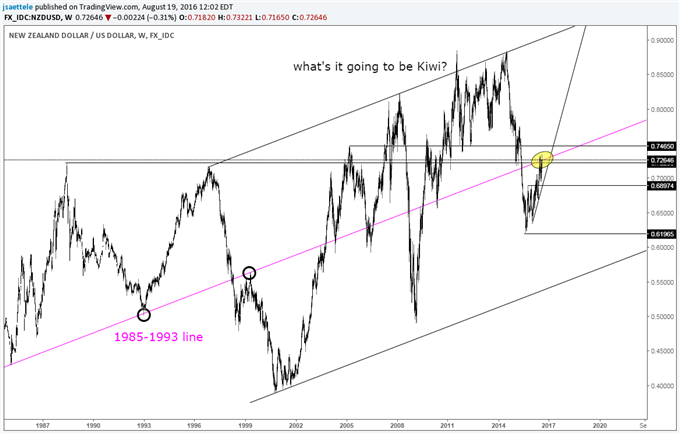 -Kiwi continues to turn back from the 1985-1993 trendline. The line is acting as a serious energy point so the move that materializes from this point should be sharp. I’ve been thinking that the move will be lower for a test of .6900 (October and December 2015 highs) but continued sideways trading within the context of bullish momentum warrants consideration that the break will be higher. If it is, then targets would be set near .7700. 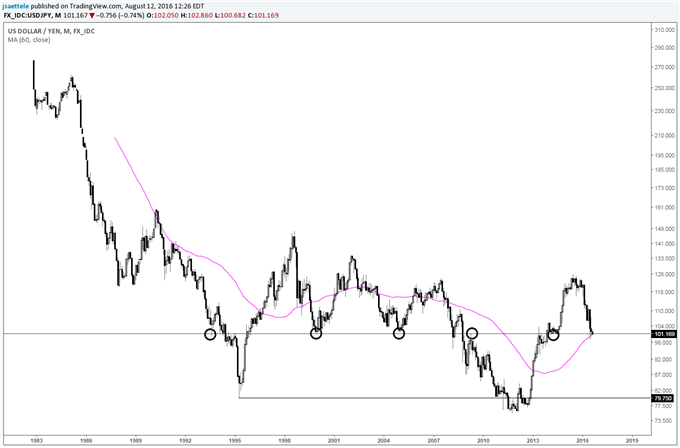 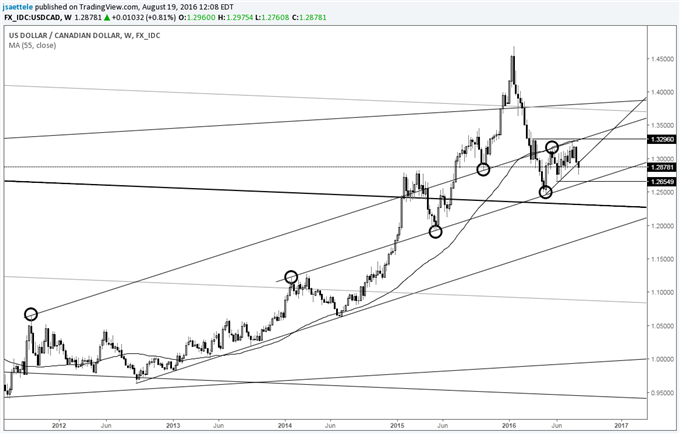 -This week’s move confirms the bearish wedge pattern and sets a target near 1.19. As noted previously, “the dynamic with the 55 average is interesting. This average was resistance in May and July. The average was support for the last 3 years so the fact that the average has been acting as resistance warns that a bearish cycle may be underway. Price action since the May low could also end up as a wedge.” 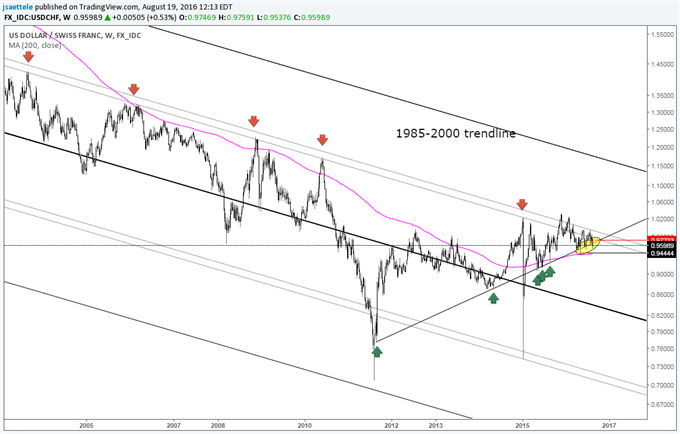 -Failed breakout attempts late in 2015 and early in 2016 warn of an eventual downside break and that downside break might be sooner rather than later given the continued downside probes o the line that extends off of the September 2011 and May 2014 lows. This line was precise support in May 2015 and May 2016. The 200 week average is just below as well. The trendline / 200 week average combination is a major technical barrier so a break below would be a significant development. In the event of a break, talk of the low .8000s is not hyperbole.

Markets are deceptive. Nowhere was deception so pronounced than after Brexit. The event triggered a freefall in equities around the globe. The S&P futures dropped the most since August 24th, 2015 (another deceptive day by the way). The GBP/USD exchange rate realized its single largest one day decline on record. Basically, chaos was unleashed on the capital markets. Things is, markets have a way of ‘going where they are going to go’. If that sounds simplistic or even unreasonable, consider that market trends are a product of forces greater than events that transpire on any given day…even Brexit. This is where the deception comes into play. As the dust settled after June 24th, it was apparent that the trend towards inflation assets was merely interrupted. Efforts should be focused on areas that are understood. The British Pound was probably the last thing that anyone understood after Brexit. Instead, we published the following SB Swing Update to members just 2 trading days after Brexit.

FXI (large cap China ETF) made it’s Monday low right at trendline support. It’s possible that sideways trade since April is simply consolidation before the next major advance (from multi-year lows mind you). If this is a bull, then the next rally might be vicious as everyone piles back in to a trade that they capitulated on after Brexit.

Copper is the only major market that I know of that has completely erased its Brexit decline. This speaks to the strength in this market, which may be basing at major support (see next chart). In fact, the up-down sequence since January counts as a 5 wave advance and 3 wave decline, which is extremely bullish.

Copper, China, and AUDUSD. They all look good. AUDUSD has held a parallel. If the rate is putting in a ‘higher floor’, then the expectation is that price breaks through .7645 in order to trade to a ‘higher ceiling’. It’s a positive that each dip has held the post Brexit (I wish I could erase that word from memory) high volume level this week. Also and unbeknownst to me until I saw the futures chart with volume, the Brexit low actually held the NFP volume level (see next chart) from early in the month. That of course is a positive as well.

We might look back at the Brexit induced declines in things like AUDUSD and copper and say ‘that was a great time to buy and the drop was just part of a bottoming process’.

This is what the charts look like almost 2 months later. 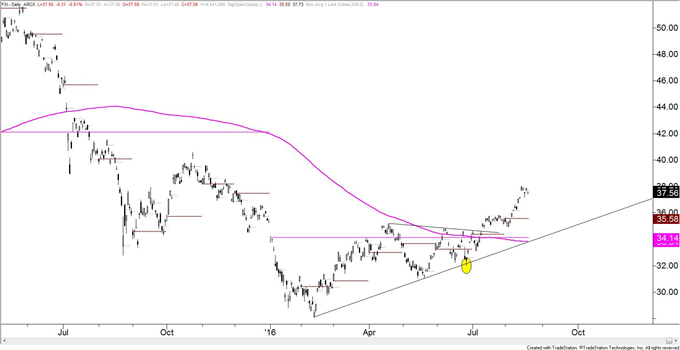 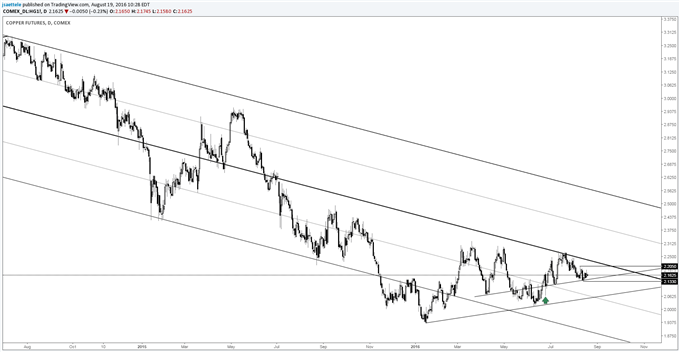 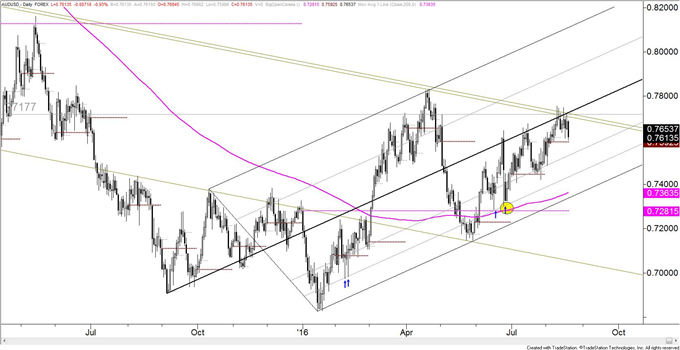 Since Brexit, FXI (China) is up over 16%. Copper rallied 8% before peaking on July 12th and pulling back to current levels (watch a video on copper here). AUD/USD is up over 300 pips (it was 450) and has been pressing against major resistance for the last 2 weeks so the ‘inflation trade’ bull may be on hold for a bit as AUD/USD does what it needs to do from resistance.

We don’t always get it right and we never proclaim to know where the market is headed but this example offers a glimpse into how we think about markets and identify opportunities. I publish the SB Swing Update Sunday through Thursday and conduct the Midweek Strategy Webinar, which is archived for members, every Wednesday (sometimes on Thursdays instead). Michael Boutros focuses on shorter term time frames in his intraday updates, published each evening in the U.S. He also conducts member only webinars Tuesday through Thursday. 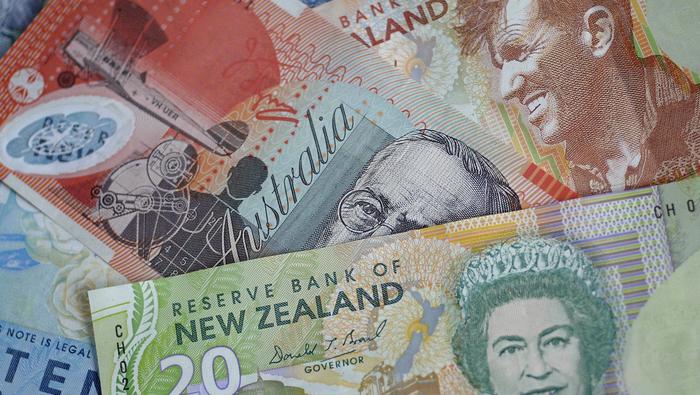