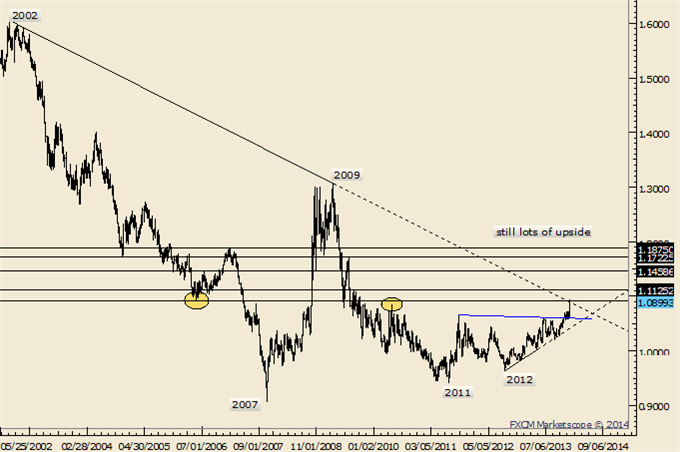 I spoke at length about many of the rates below in Friday’s DailyFX Plus webinar (video is titled Jamie’s Webinar 01/10/2014).

-From an Elliott perspective, it’s possible that the rally from the 2012 low composes a ‘3rd of a 3rd (or C)’ wave from the 2007 low. Such market swings tend to exhibit extreme rates of change (so please refrain from terms such as ‘overbought’ or ‘divergence’). Food for thought. 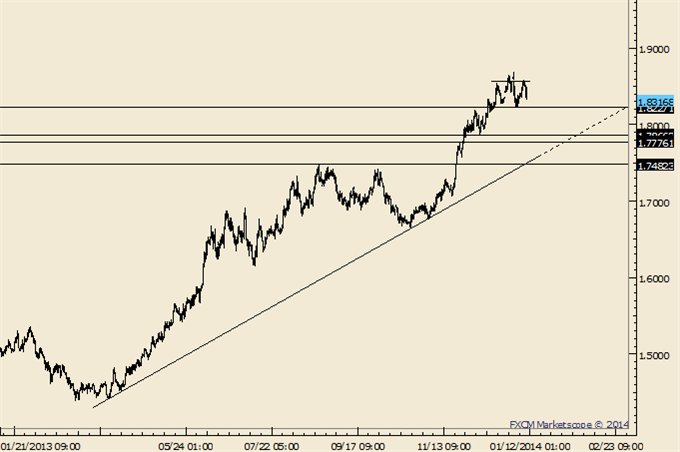 -GBPAUD may be forming a near term head and shoulders top. The top is within the context of a larger bull move however. If confirmed, the objective for the pattern ranges from 1.7761 to 1.7842. The December low is 1.7892. Also be aware of the trendline that extends off of the 2013 lows. 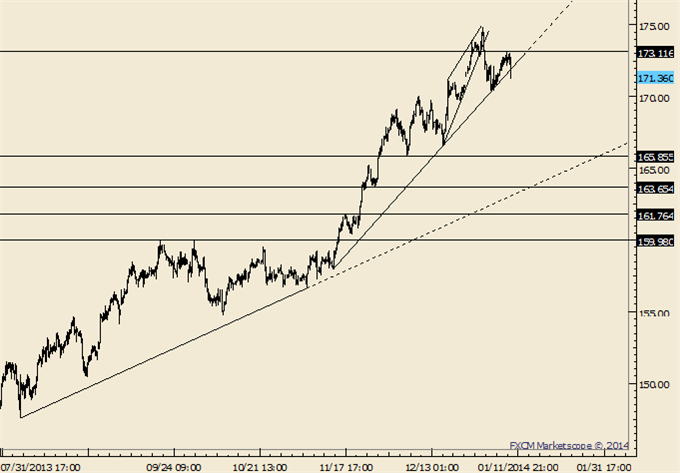 -GBPJPY carved a massive outside day reversal on the first trading of the year along with a weekly key reversal the week that ended 1/3.

-The tape this week was bearish. After holding tendline support on Sunday/Monday, a ‘drift’ higher failed at former support (12/31 low) and price slipped below the trendline on Friday. Friday’s video covers GBPJPY in more detail. 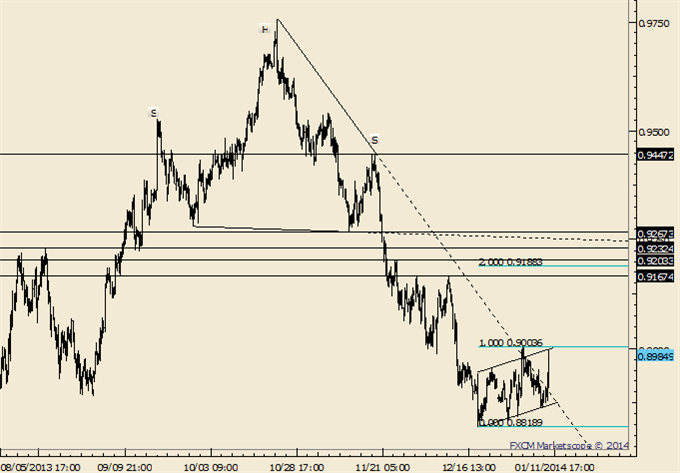 -Last week’s (week that ended 1/3) outside reversal broke a string of 10 consecutive down weeks, something that had not happened since 1982.

-The bounce from the 12/18 low is shallow and corrective. Still, the specter of 5 waves down from the Oct high at least warns of a stronger rally attempt. .9167 (former 4th wave price extreme) to .9267 (former range low) is likely resistance.

Trading Strategy: Flat (trading long intraday) but looking higher towards .9167-.9267 for the next top.

-USDNOK has been coiling within a longer term bull trend since Nov 2013. Watch for support near a trendline confluence and/or 6.10. This market is also looked at in the 2014 outlook. 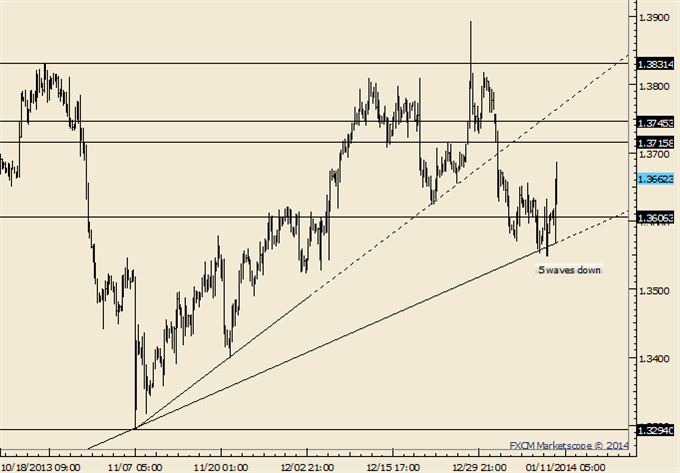 -The decline is impulsive and price has rebounded from support (1.3547 is the 11/6 high) in what may be part of a corrective rally. 1.3745 is of particular interest as resistance.

Trading Strategy: Flat but monitoring for resistance at 1.3745. 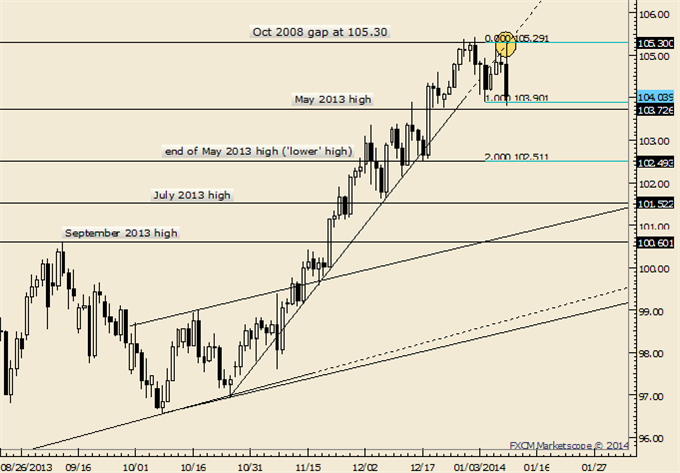 -At this point, one needs to treat weakness as part of a larger bull move. 102.50 is of interest as support. This level was the ‘lower high’ in May 2013, 12/17/13 low and more generally the middle of congestion that took place in the first half of Dec. I’m tracking a possible topping pattern in the S&P 500 as well.