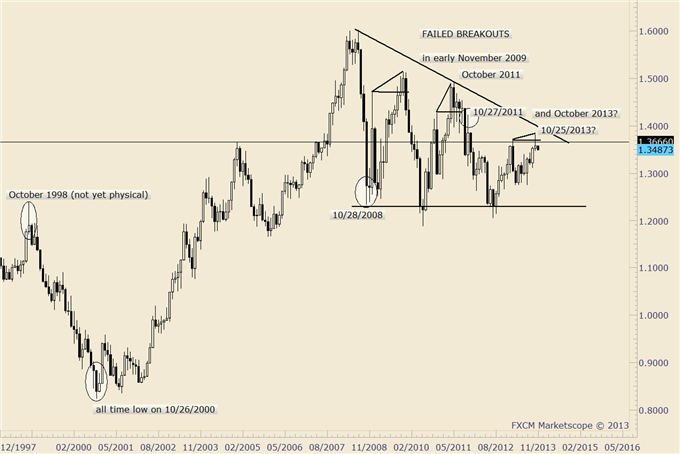 Dollar Rally a Harbinger of Things to Come? Here are Trade Setups

-The EURUSD registered its largest one week decline (open to close) since the week that ended 7/6/2012. October is no stranger to important EURUSD market turns. My colleague Kristian Kerr has discussed the importance of ‘anniversary dates’. The all-time EURUSD low occurred on 10/26/2000 and the high last month was on the 25th. Other important Octobers include the 1998 high (rates were being set), 2008 (the low was on the 28th) and 2011 (the high was on the 27th).

-Generally speaking, lower tops from the 2008 high and lows in the same area form a possible descending triangle (typically bearish).

-The failed break above the February high is a bull trap. We’ve seen this before. In fact, such trade has become standard procedure in this market since 2009. The 2009 high occurred on November 4th.

-Near term supports for a bounce are the June high at 1.3415 and the August high at 1.3451. Watch specifically for a EURUSD print below the October low of 1.3472 WITHOUT a USDCHF print above its October high of .9177. 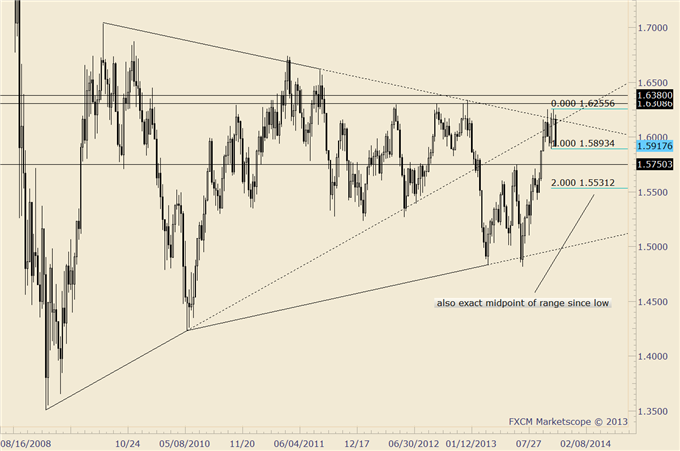 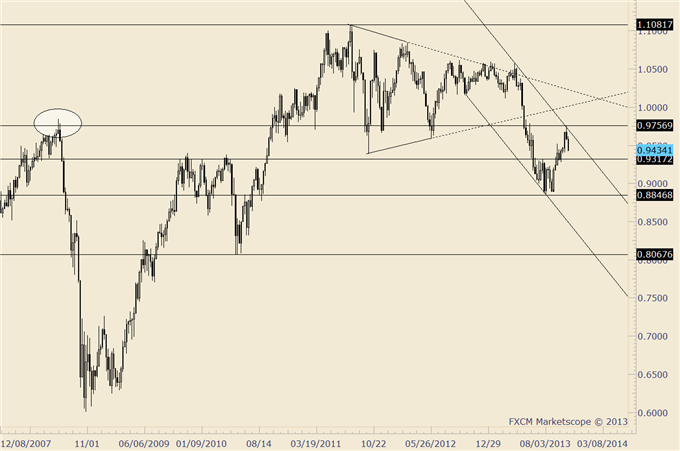 -The market broke from a symmetrical triangle the week that ended 5/17/2013. The recent top is just pips from that close level (with an outside day reversal on 10/23) and right at channel resistance.

Trading Strategy: I screwed this one up by exiting a short on Thursday. A short bias is warranted against .9525 towards the October low. Exceeding that level could offer an entry opportunity in the .9570-.9600 region. 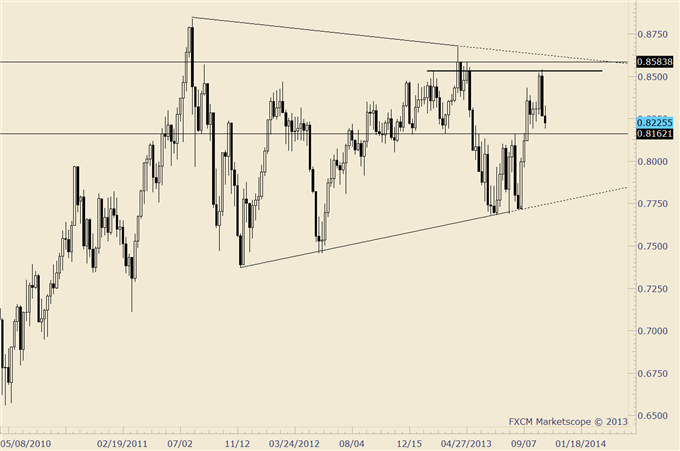 -NZDUSD followed through on last week’s outside week reversal. Bigger picture, a triangle may be in the works from the 2011 high. See the above chart in the AUDUSD to understand that the eventual break of a triangle doesn’t have to be in the direction of the previous trend (despite the contention of many…the same goes for the USDJPY by the way…the eventual break could go either way). 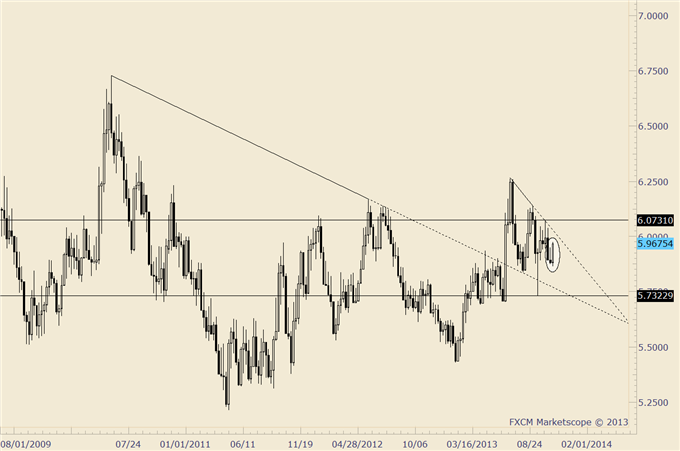 -USDNOK broke above a 3 year trendline in June. The topside of that line was tested as support in September (the test was in the form of a spike on ‘no-taper’).

-A close up view of the outside week action reveals an impulsive advance from the 10/30 low and therefore an opportunity to buy a corrective decline.

Trading Strategy: Order to go long at 5.9200, stop 5.8600. If not triggered, then will look to position on a breakout and re-test of the mentioned trendline.