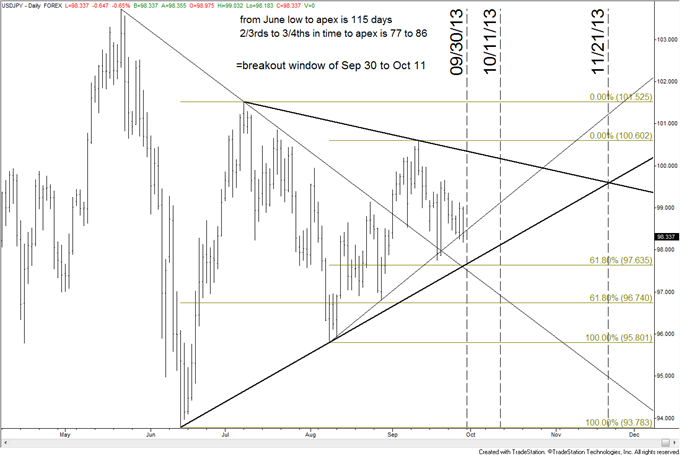 Trading Opportunities in Euro Crosses at Nearby Levels

-The most reliable breakout candidates occur no sooner than 2/3rds and no later than 3/4ths of the way through the triangle. This window is Sep 30th to Oct 11th. The window begins on Monday. 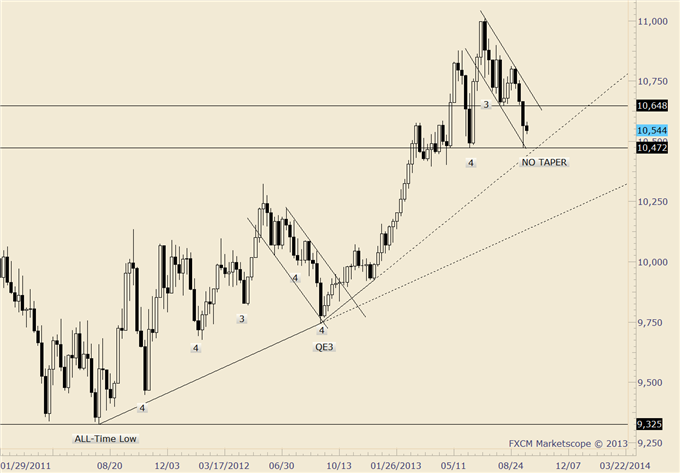 -Since the 2011 low, USDOLLAR has not dropped for more than 4 consecutive weeks. Price has dropped for 4 weeks.

-Last week’s decline after the Fed announced ‘no taper’ feels, looks, and smells like the QE3 announcement in September 2012. In both instances, daily RSI(21) dropped to nearly the exact same level and price formed an inside week the next week. Both declines even formed channels, albeit in different ways. 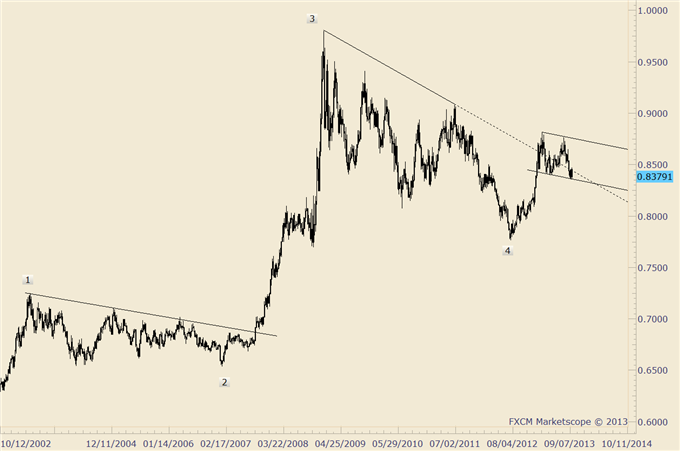 -EURGBP rallied in an impulsive manner from the July 2012 low after declining in a corrective manner for 3 and a half years.

-Price has formed a slightly downward sloping parallel (and corrective) channel since the February high. Price has traded ‘around’ the line that extends off of the 2008 and 2011 highs. The multiple false breakouts may help inspire a real breakout.

Trading Strategy: Looking for a low on Monday or Tuesday. 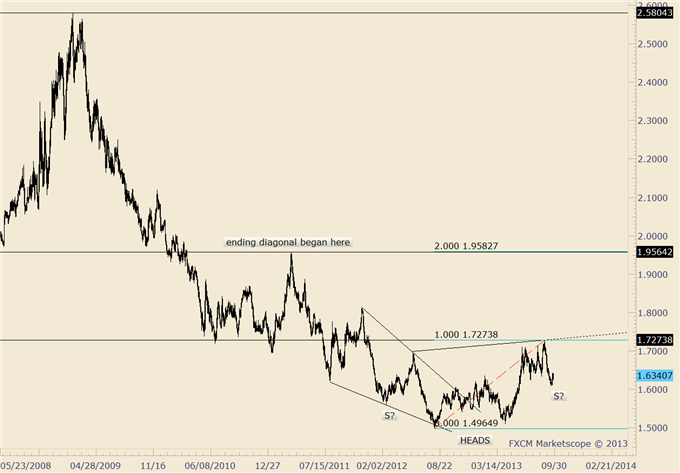 -An ending diagonal (wedge) formed from the March 2011 high to the August 2012 low. Diagonals are often fully retraced, therefore the objective is the origin of the diagonal at 1.9564.

-An inverse head(s) and shoulders may be forming since February 2012. The pattern is slightly upward sloping, making it especially (potentially) powerful (see a completed version on EURAUD below). Exceeding 1.7274 would complete the pattern. Incidentally, the measured objective would be just pips from the origin of the mentioned diagonal.

-Price has retraced slightly over half of the advance from the April low, finding low on Sep 19th. The decline into the 19th may actually complete a flat correction from the June high (a-b-c). 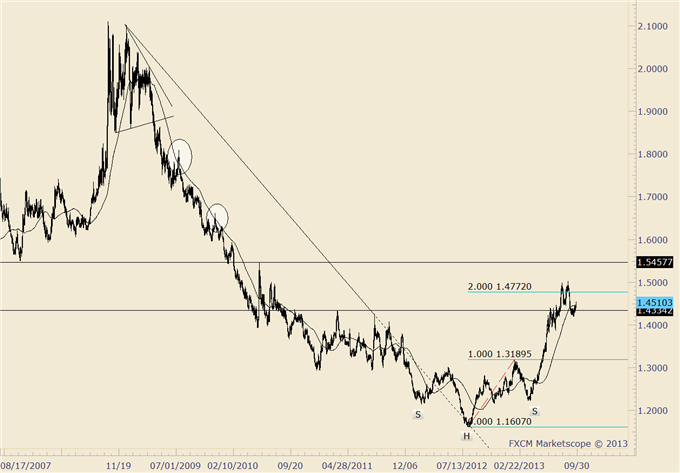 -EURAUD is a bit ahead of EURNZD, having completed an inverse head and shoulders pattern on the May breakout. Price exceeded the measured objective before pulling back from above 1.5000 to below 1.4200 and finding low on the Sep 18th.

-The average plotted is 63 days (roughly 3 months). When price broke down from consolidation in 2009, price spikes above this average indicated opportunities to align with the downtrend. Price has sharply rebounded after spiking below the same average, perhaps indicating an opportunity to align with the larger uptrend.