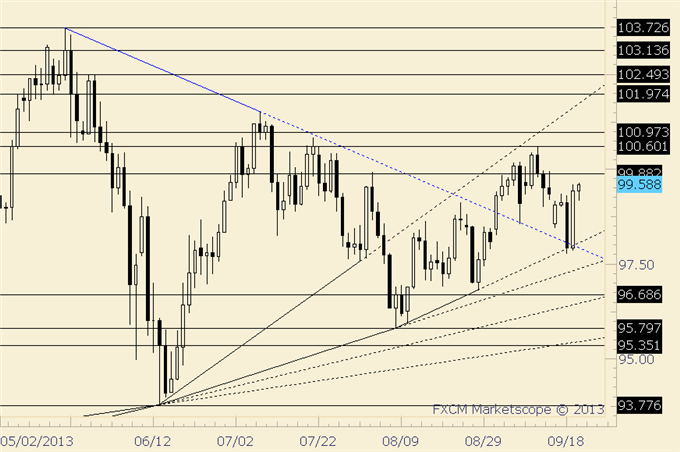 -On Wednesday, USDJPY held a trendline confluence from the lines that extend off of the August lows and former resistance line off of the May and July highs. The quick reversal bodes well for bulls.

-The break from the multi-month triangle remains valid. A complex inverse head and shoulders may be underway, which also portends a significant advance (if confirmed on a breakout).

-The Nikkei is trending higher. See last week’s report for more on that market.

Trading Strategy: Expecting 98.85-99.00 to serve as support if reached. Buying dips into there with a stop under the Wednesday low. If not triggered, then will probably need to employ breakout tactics. 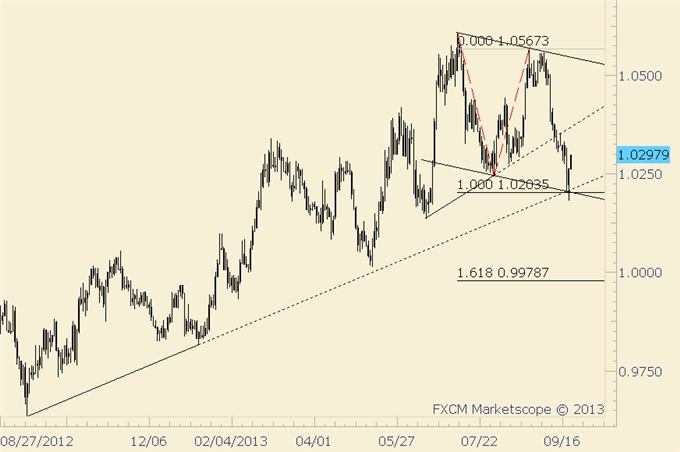 -USDCAD made a key reversal on a larger than average range Thursday. Friday’s follow through confirms the tradeable low.

-More important, the reversal occurs at a huge support level defined by the line that extends off of the September 2012 and January 2013 lows as well as the 100% extension of the decline from the July high (2 equal legs) AND corrective channel support. 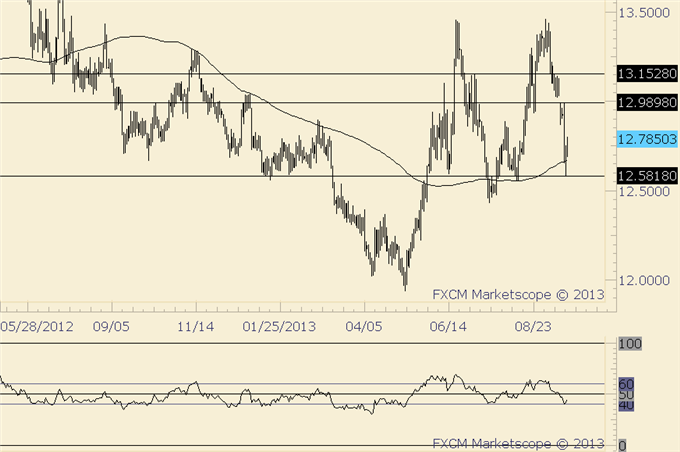 -USDMXN made a key reversal on a larger than average range. Friday’s follow through confirms a tradeable low.

-The reversal occurs at the 126 day average (6 month average). This average has pinpointed important support and resistance in the exchange rate for over a year.

-The reversal occurred on heavy volume; the third largest one day volume (CME) of the year in fact and most volume since 6/20/13 (high of the year).

-21 day RSI dropped into 40 and rebounded. The May and July lows were registered when RSI(21) was at or slightly below 40. 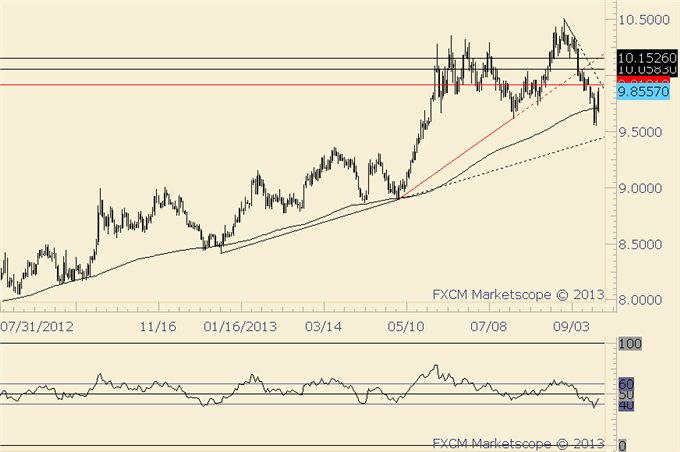 -USDZAR made a key reversal on a larger than average range Thursday. Friday’s follow through confirms the tradeable low.

-21 day RSI dipped below 40 and crossed back above after 1 day. This action is also consistent with a bottom.

Trading Strategy: Price has rallied nearly 3% in 2 days and is nearing last Friday’s close (uncovered close after the Sunday gap). A reaction (lower) from that level (9.91) will probably present a chance to buy a dip. Keep 9.75-9.78 in mind for support.