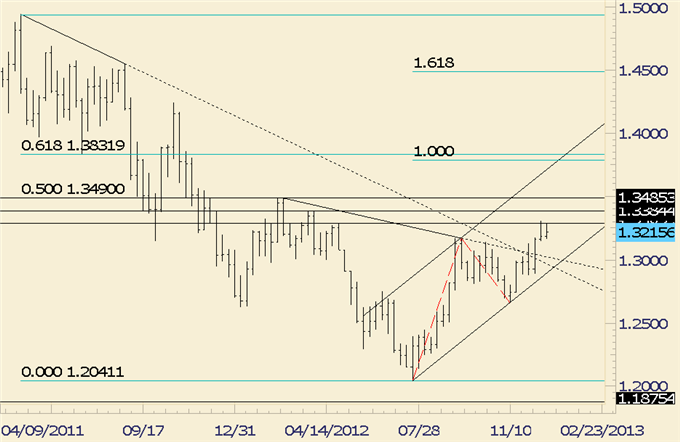 The EURAUD is completing a long term inverse head and shoulders pattern just several weeks after the EURUSD and USDJPY completed their respective patterns. The objective is 14040 (in line with the October 2011 high at 14087).

FOREX Observation: The EURUSD has spent the last 2 weeks testing the May 1 high at 13283. Resistance from this level should prove ephemeral given the powerful implications from the inverse head and shoulders pattern. Estimated support is defined by the 20 day average (currently 13112) and former resistance at 13126. Structural support extends to 13040. Channel support is of interest as well (at about 13064 Monday).

FOREX Trading Implication: I wrote in the most recent Weekly that “the 61.8% of the decline from the 2011 high is 13832 and the traditional head and shoulders measuring technique yields about 14460. In other words, upside potential into late December / early January is significant.” I’m on the lookout for opportunities to enter long…between 13040 and 13126. Watch the 50 level in daily RSI for support. 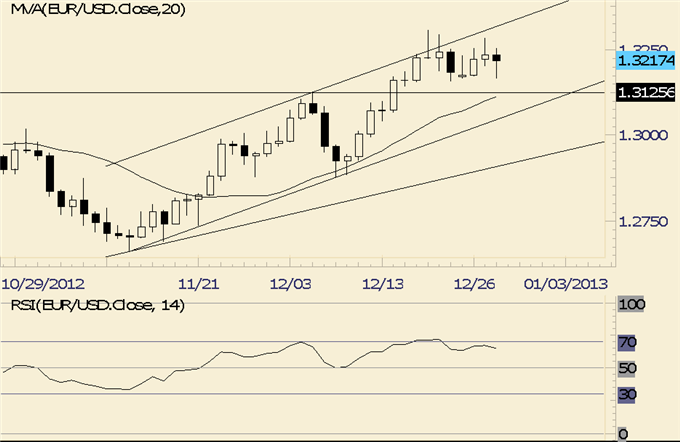 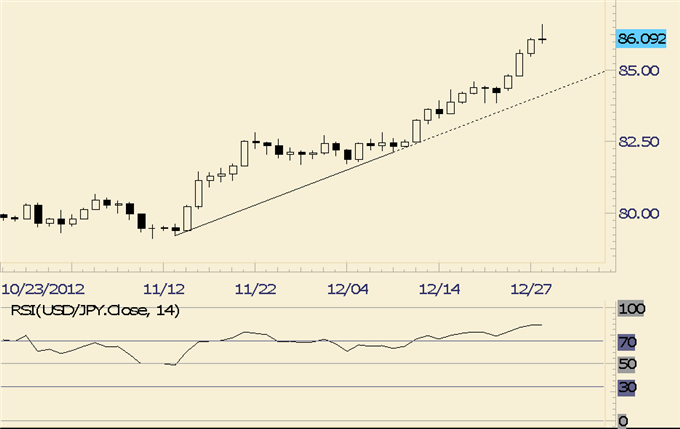 FOREX Observation: As focused on this morning, the USDJPY has made immediate progress from its long term inverse head and shoulders break. Near term, the move is stretched as evidenced by a daily RSI of nearly 85. The traditional h&s measuring technique yields an objective of about 9362. Currently testing upward sloping channel resistance and the 100% extension of the rally from the record low, this would be a good time for some consolidation. 8520 is of interest as support…ESPECIALLY if on a news spike (fiscal circus anyone?).

FOREX Trading Implication: The trend is higher but wait for a reaction lower at this point. As mentioned, support is estimated at 8520 but keep an eye on the short term trendline as well. 70 is probably support now for Daily RSI. 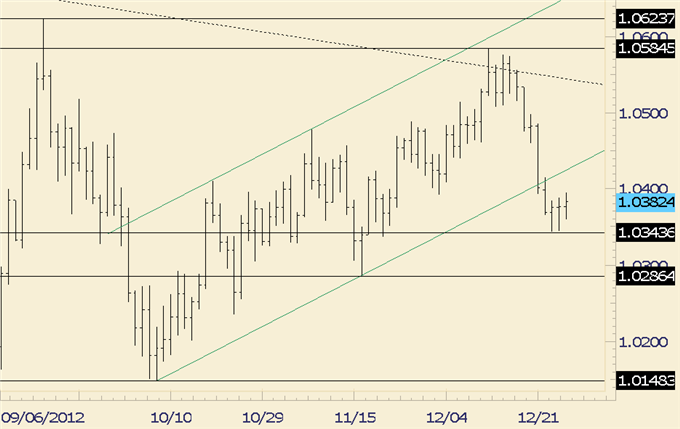 FOREX Observation: The AUDUSD response at long term triangle resistance suggests that the long awaited E wave decline is underway. The lower triangle line is close to 9800 for the next few months but we’ll have a better idea of when or if a turn is occurring in real time. COT data reveals a sentiment extreme. Near term, a drop below 10344 may complete 5 waves down and give way to a corrective advance into at least 10415.

FOREX Trading Implication: A corrective rally will probably begin from slightly lower levels. The rally should present an opportunity to short in January. 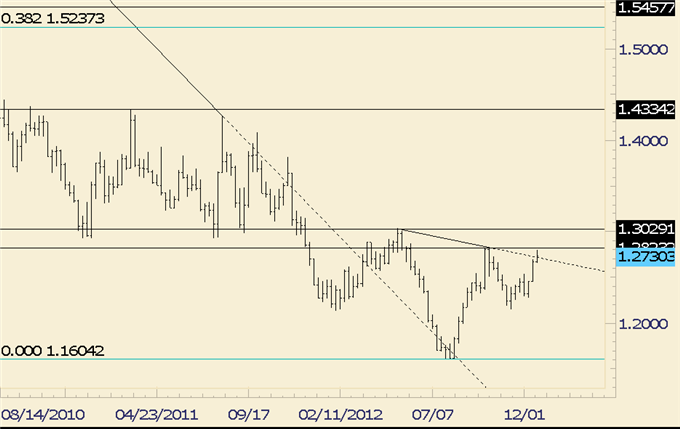 FOREX Observation: The EURAUD is completing a long term inverse head and shoulders pattern just several weeks after the EURUSD and USDJPY completed their respective patterns. The latest dip was well supported by former resistance from the 12/19 and 12/21 highs.

FOREX Trading Implication: A breakout strategy is warranted as long as price is above 12675. Weakness below there would negate immediate bullish implications and open up 12590 as support. The traditional head and shoulders measuring technique yields a target of about 14040 (in line with the October 2011 high at 14087). 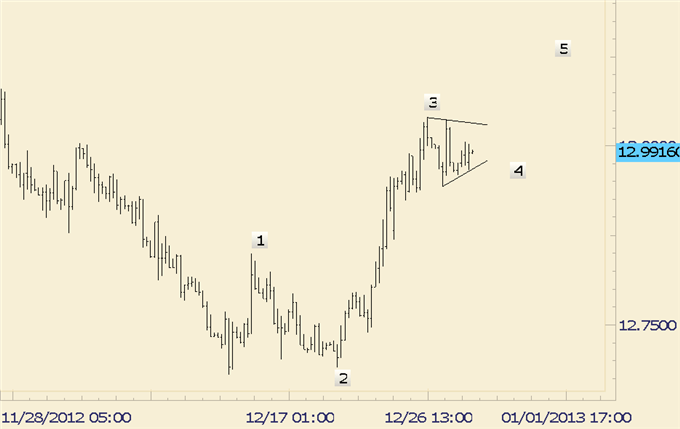 FOREX Observation: USDMXN upsideis probably limited over the next week. Consolidation since the 12/24 high composes a clean triangle, probably as a 4th wave. The implications are for a thrust above 13.05 in order to complete 5 waves up from the 12/12 low. 13.16-13.19 is a target area. Longer term, price holding the 61.8% retracement of the rally from the 2011 low lends a bullish aura.

FOREX Trading Implication: Like the AUDUSD (but the inverse), expect a corrective decline from slightly higher levels. This should present an opportunity to get long again in January.