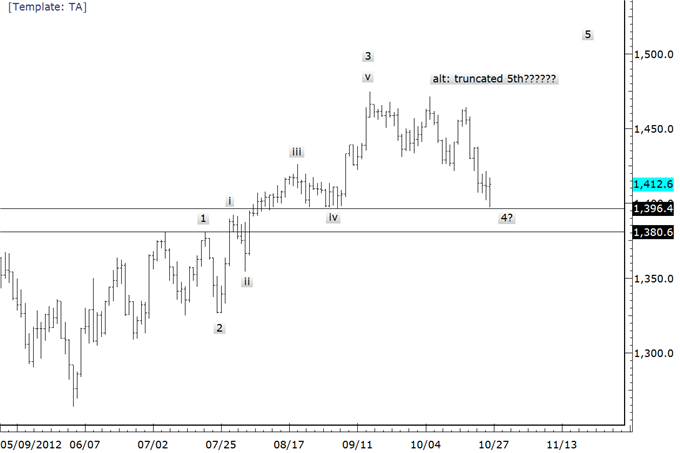 The USDJPY reversed sharply in Friday trading, leaving breakout traders at risk of drawdown. The validity of the bullish breakout is in question as long as price is below Friday’s high.

Equity Observation: 1380.60 is the bullish line in the sand for cash and 1369 is the line for futures. Bulls are desperately trying to hold the former 4th wave of one less degree. Subjectively speaking, I was waiting for a sharp drop on heavier volume into the 1380s to turn bullish, at least in the near term. That move never happened. If the market opens down in that region on Monday, then expect a sharp recovery.

Equity Trading Implication: Subjectively speaking, I was waiting for a sharp drop on heavier volume into the 1380s to turn bullish, at least in the near term. That move never happened. If the market opens down in that region on Monday, then expect a sharp recovery. 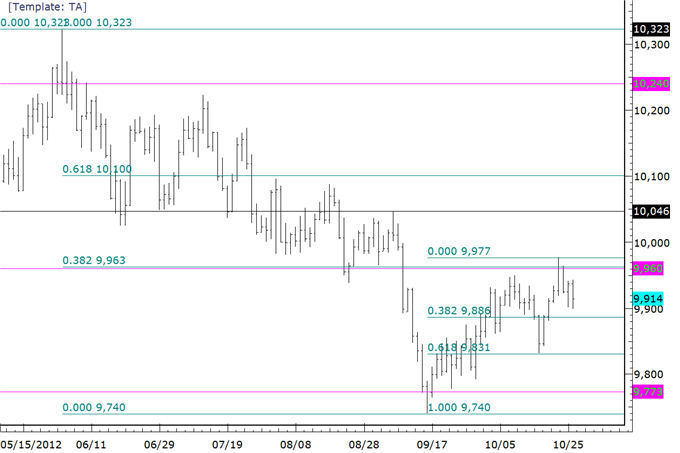 FOREX Observation: The USDOLLAR remains capped by the 38.2% retracement of the decline from 10323. Since the 9740 low, price has made higher pivots. Structure of the rally isn’t especially clear but the decline from 9949 to 9832 is unmistakably in 3 waves. The rally from 9832 is clearly impulsive as well. The rally from 9740 is either complete in 3 waves as a correction or the beginning of a larger USDOLLAR rally. 9832 distinguishes the 2 scenarios. We should know soon enough.

FOREX Trading Implication: The 9832 low is the pivot for bulls. Bullish setups in the 9867/86 region would warrant action against 9832. 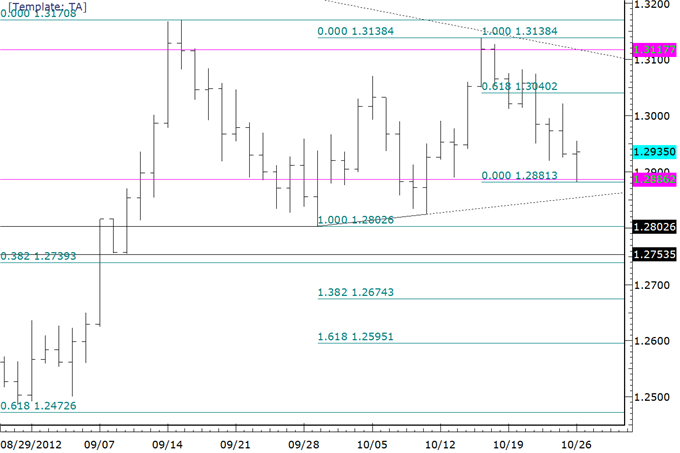 FOREX Observation: The EURUSD dropped into 12887 support and rebounded Friday. Price has been in a trading range since the September high and it’s impossible to know if an important top is in place or if the action is simply a correction before another high is registered. Focus on the near term.

FOREX Trading Implication: After the market’s response below 12900, continued strength early next week would face resistance at 12980 and 13040. Given the 2 options from the current level; additional range and a break higher or a break lower, I prefer to wait for a test of 13040 before even considering shorts against 13140. 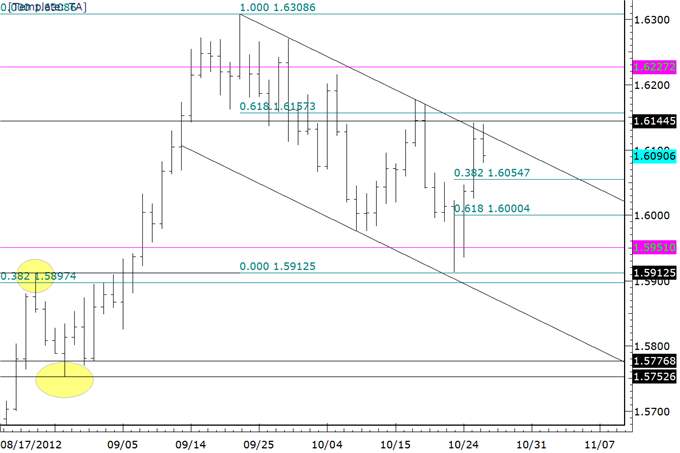 FOREX Trading Implication: Market risk is lower but one can’t rule out price exceeding 16177. I am short now with plans to short more if intraday setups present themselves. 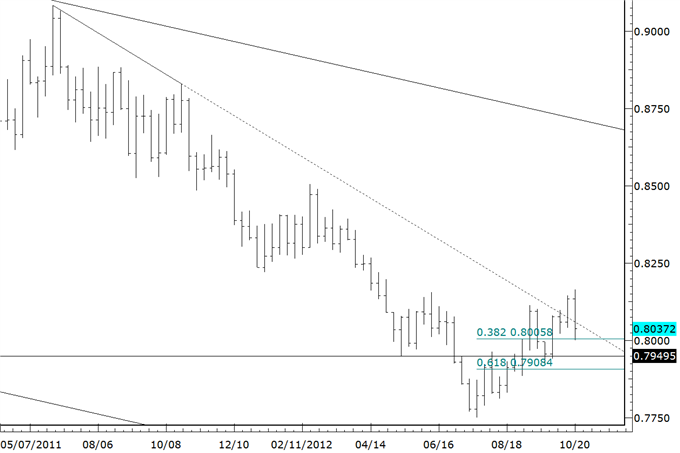 FOREX Observation: The EURGBP made an outside week reversal and has already retraced 38.2% of the rally from the July low. The last such reversal occurred in mid-June at the exact same level. Expect sideways trading for at least a week as the market digests this move before additional weakness towards 7908.

FOREX Trading Implication: The EURGBP may actually be carving out an important long term low but the next month or two probably results in a test of 7900. 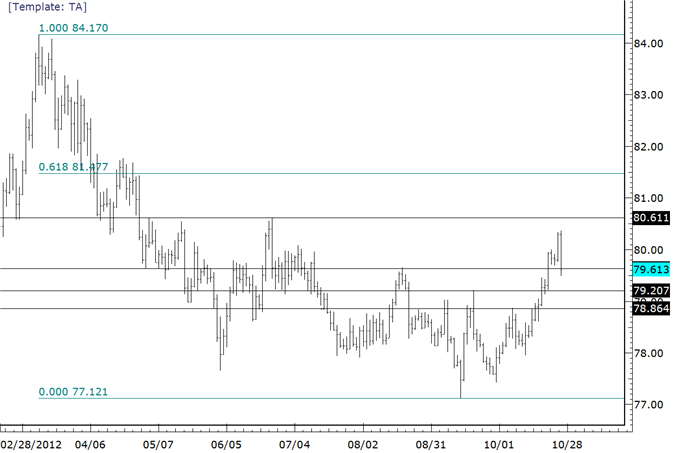 FOREX Trading Implication: A line can now be drawn at 8037 (today’s high). As long as price is below there, the validity of the 10/22 bullish breakout is in question.