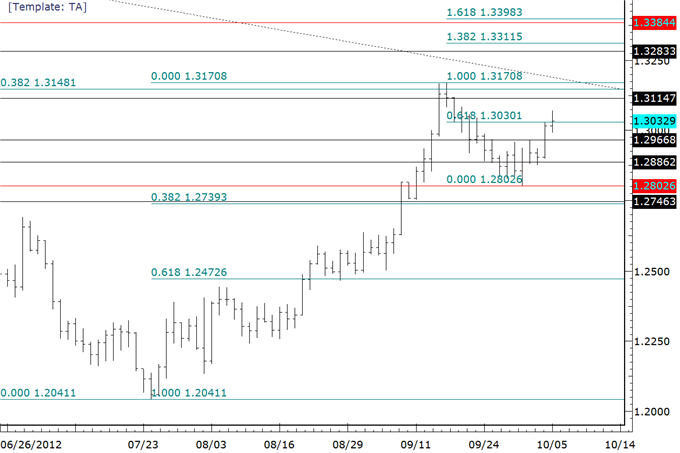 The EURUSD response at short term channel resistance is suggestive of a deeper setback. Expect support from former resistance at 12935/70. A near term constructive bias is warranted on dips against 12900 with 13115 and 13170 in focus. Longer term, the EURUSD is at a high risk area for bulls (38.2% of decline from 2011 high) and that risk increases (decreases for bears) with each tick towards the May, March, and February highs. 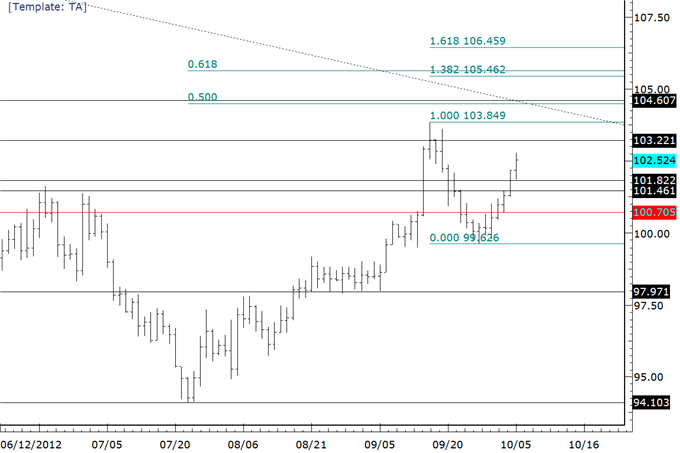 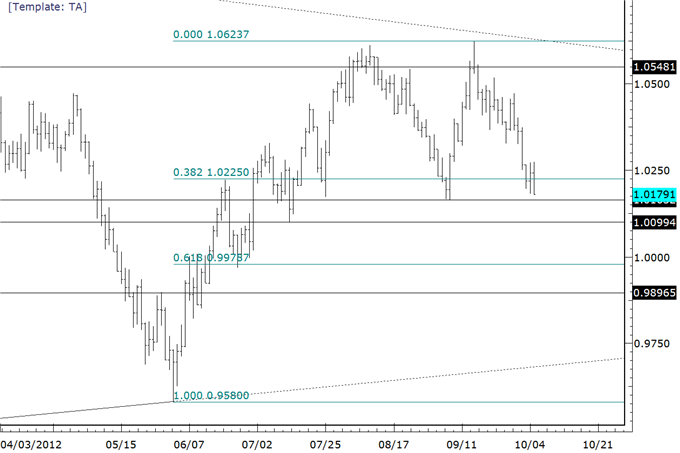 Focus this week was on shorting the AUDUSD and the latest Daily Technicals noted that “exceeding (10225) that level would expose 10290 (former support) and present a higher reward/risk opportunity against 10405.” The AUDUSD made it to 10270, meandered for the last 2 days, and then started plummeting towards the end of the US session. Focus remains on the 61.8% retracement of the advance from 9580 and 6/25 low at 9968/79. Former resistance at 9900 (in May) is also of interest. Near term resistance is 10213/40. The AUDUSD is at the bottom of its multi month range so understand that you are playing a breakout if going short. Breakouts typically require wider initial risk. In this case, my bearish risk is 10375 although that should be minimized quickly if the break plays out. 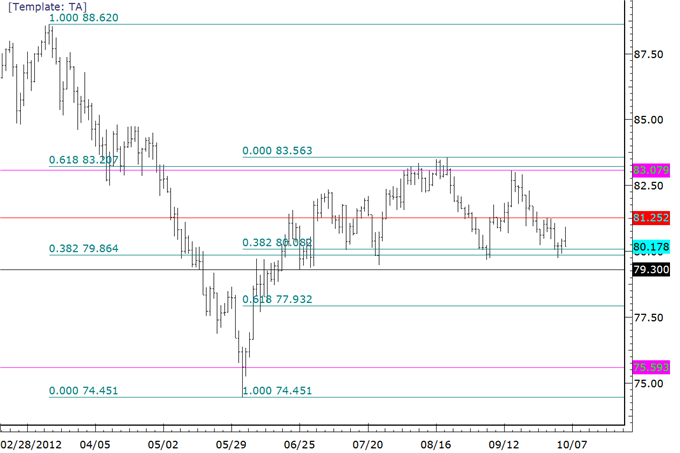 I covered the pattern unfolding at multiple degrees of trend in the AUDJPY last week but am updating risk levels this week. A break of the July and September lows would be significant and shift focus to 7793 and 7564. Near term bearish risk should be kept to 8125 given that the AUDJPY is still sitting on major support and there is the risk of getting caught in a squeeze.

OTHER PAIRS OF INTEREST

EURAUD – A large range week may signal the beginning of upside exhaustion. 12980-13030 is a high risk area for bulls that may provoke a response.